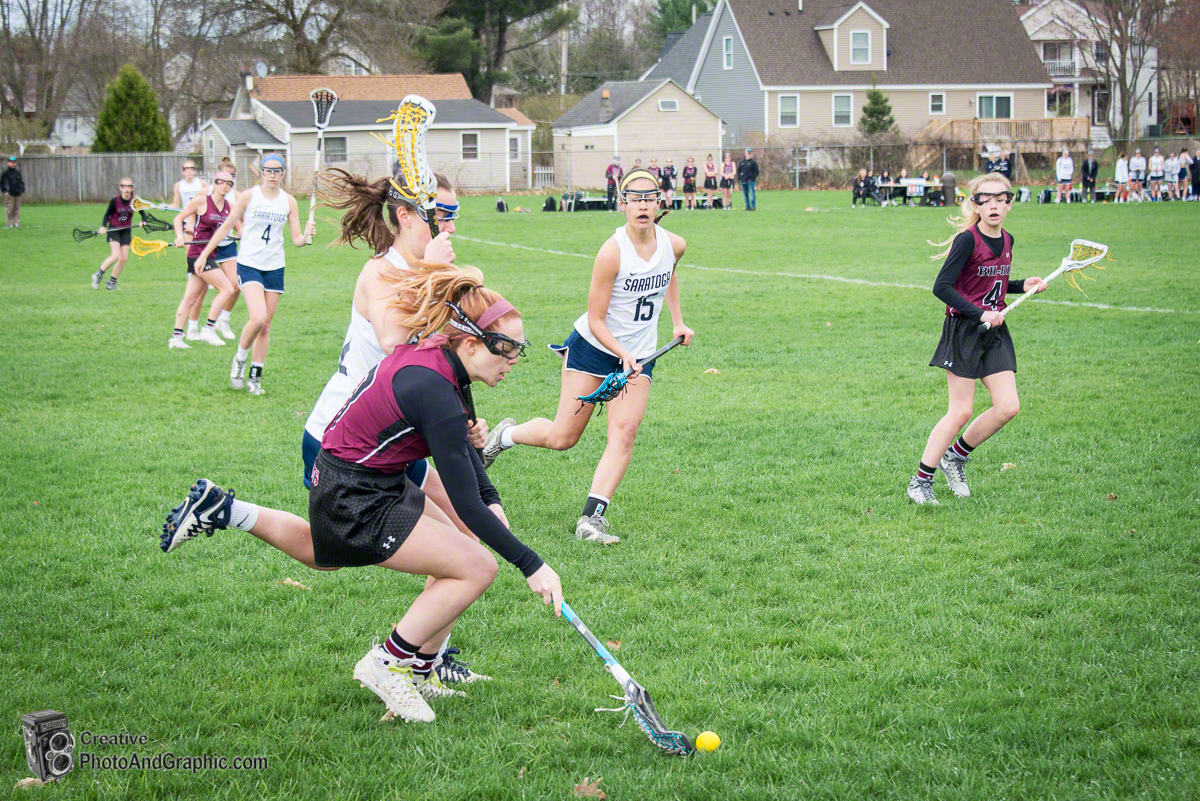 In a league game against Burnt Hills-Ballston Lake on their home turf on April 22, the Blue Streaks dominated the visiting team from start to finish, ending the game with a strong 16-6 victory. The team made good on their intentions to dominate the game from the beginning, putting up the first point of the game, and by halftime, they had massive 10-1 lead. This win puts the team 5-0 in league games, with their only loss coming at the hands and sticks of Niskayuna in a non-league game. Coming up soon will be big games against formidable teams, including Shenendahowa, Shaker, and Bethlehem.

“We have really excellent momentum,” Coach Elaine Lotruglio said. “We’ve had one loss, and it was close. I think we’re in a real good place [going forward].”

Lotruglio was impressed by the rhythm of the game, noting that the younger team was really coming into its own. Compared to previous years’ teams, this team skews much more towards the lower grade levels, with five freshmen and four sophomore players. Lotruglio guesses that by the time these young players make it to their senior year, their familiarity with one another will make them a force to contend with.

“They love to be together,” Lotruglio said about the team’s chemistry. “They pass well, and they’re learning each other’s moves, so to speak.”

A strong practice routine is also helping the team put up impressive numbers, in particular their warm-ups developed by the players themselves alongside assistant coach Elise Britt, a personal trainer and Maple Avenue Middle School health teacher. Lotruglio also noted how the team pulls certain shortcomings from each game they play so that they can work towards fixing them in future practice sessions.

Alongside the younger players, this season’s team has four senior players, Olivia Oskin, Cameron Parry, Emily Fischer, and Francesca Mangino, the latter three of which have signed their letters of intent to play inter-collegiate lacrosse in the fall. Lotruglio also highlighted the skills of sophomore Lindsey Frank, junior Ellen Payer, and junior Katie Wendell.

“They all just have a lot of fun together,” Lotruglio said.

More in this category: « Athlete of the Week: Brian Hart Cinches the I-87 Cup Little Big Hitters: Saratoga Wilton Youth Baseball Begins »
back to top