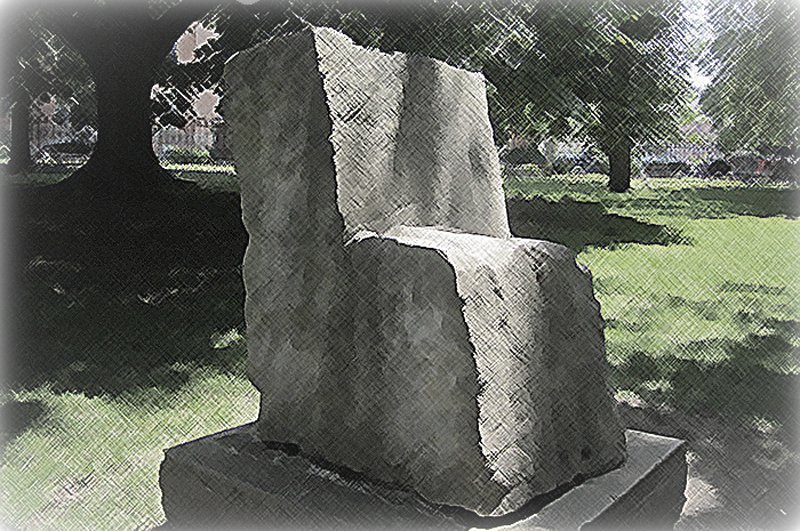 HUNDREDS OF YEARS AGO, the Native Americans who lived in the Saratoga area, the Iroquois, knew that this area had a very special energy. They celebrated important occasions in the areas surrounding our springs. Indeed, even after ceding their land to the white settlers, they came back to Congress Park year after year to encamp here for part of the summer.

In 1763, Sir William Johnson, director of Indian Affairs for the British Army during the French and Indian Wars, was wounded by the French; the Indians brought him to High Rock Spring, near the current Olde Bryan Inn to heal. He was completely revived and word spread of the power of the healing springs. Indeed that was one of the main reasons for millions of visitors to Saratoga over the years—our magic water.

The springs are the result of fissures in the earth, created millions of years ago, which forced carbonated water to the surface. The release of this energy is something that many people say they can feel in Saratoga. It is similar to other places in the world that have seen shifts in the earth such as Sedona, Arizona and Machu Pichu, Peru where many people are drawn to the energy.

The battlefield today is a National Historical Park with colonial canons, fortified emplacements, and is the home of several annual re-enactments. There have been so many ghost sightings that there is an unofficial investigator for the events. It is a favorite spot for psychics who walk the fields and say they can sense the fight and feel the energy of the battle.

One woman met the ghost of a man in ragged militia uniform. He told her that he thought he was shot and killed by his own men. After he told the story, he simply vanished. No one has seen him since. Some say that telling his story enabled him to continue his journey into the next world. There have also been sightings of other soldiers’ ghosts, and visitors have heard moans of pain in the barn that was used as a hospital during the battle. This is similar to reports from other battlefields such as Gettysburg. Interestingly, so many of these reports are similar to one another.

This large stone shaped like a chair is located in the Southeast corner of Congress Park and was the cornerstone for an Episcopal Church that was abandoned after plans were made to build a gambling casino nearby. The congregation, as well as many people in the city, thought that gambling was the work of the devil. The legend of the chair is that if you sit there long enough, you will be transported in time to another era.

There is a book, Derby Girl in which the Devil's Chair plays a prominent role. In it, Genna, “The Saratoga Sweetheart” sits in the chair late one night and is transported back in time to 1913. She came back the following morning and described in great detail the people and life from that era. She also leaves a letter under the stone while she was in 1913 and comes back with her friends to find it 100 years later. If you visit the chair, you will note the little pocket on the lower right hand side under the stone that held the letter. They say you have to be a teenage girl who comes to the chair after midnight for the time travel to happen.

The author Christine Montroy talks about the event in her book Derby Girl. Although historical fiction, the book is extensively researched and vividly portrays life in 1913 Saratoga. It’s hard to say where the book stops being historical and starts being fiction. It may not be possible to go back in time as she explains it, but the energy of early Saratoga is certainly possible to imagine, as she does so well.

I have been giving ghost tours in Saratoga for more than five years now and have been approached by hundreds of people with their stories of the ghosts of Saratoga. I’ve become convinced that Saratoga is haunted—but in a very nice way!

Joe Haedrich is the author of Haunted Saratoga. He gives ghost tours of Saratoga Springs every Friday and Saturday from May-October. For more, visit HauntedSaratogaTours.com.

More in this category: « Haunted Saratoga - Restaurants: The Olde Bryan Inn, Hatties, Mercantile Restaurant, Parting Glass Pub A Day That Lives In Infamy »
back to top