A Day That Lives In Infamy 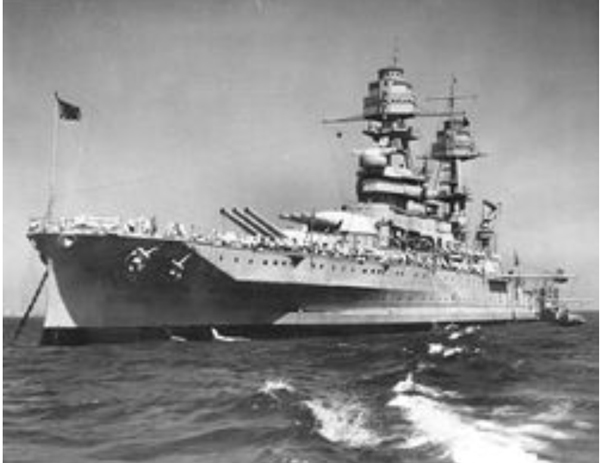 This week marks the seventy-eighth anniversary of the Empire of Japan’s surprise attack on the American Pacific Fleet moored at Pearl Harbor, Hawaii on Sunday morning, December 7, 1941.

A WORLD AT WAR

Let’s go back to 1941 and look at a World at War. In Europe the conflict was in its third year. The German Army had cut through Europe like a knife going through butter. The entire continent except for one lone hold-out, Great Britain, was under Nazi Germany’s thumb.

In a move that would end in disaster for The Third Reich, Hitler turned his armies East. On June 22, 1941 the German war machine commenced its attack on the Soviet Union, initiating the exercise code named Operation Barbarossa. It was the largest military offensive the world had ever seen. Over two million men spread in three army groups raced towards Moscow in an expected short campaign. The advance was swift. Massive amounts of territory fell to the Germans. Soviet armies disintegrated in the onslaught. It became a foregone conclusion that Moscow would soon fall.

Then Hitler started to show cracks in his strategic thinking. Despite pleas from senior Generals, he split his armies to destroy Soviet formations in the field rather than push on towards Moscow. The move was at first successful. German Armies captured over one million Soviet prisoners. At the same time the German Army had lost precious time, finally resuming the Moscow Offensive in late September. The lost time would have a major impact on the German thrust. The rains that came before the onslaught of winter clogged the roads, slowing down the German advance. Then came the coldest winter ever recorded in Russia. Despite the conditions German Commanders in lead columns closed to within twelve miles of the Kremlin. This can be considered the high-water mark of Wehrmacht operations in the East. On December 5, 1941 a Soviet counter offensive pierced the German lines. The German army was on its heels. Operation Barbarossa had failed.

On the other side of the world, the same day that the advance on Moscow was thwarted, a Naval Task Force from the Empire of Japan was headed towards Hawaii to mount an unprovoked attack on American Armed Forces stationed at Pearl Harbor.

Let’s look at Japanese and American relations prior to the attack. During the 1930s, the Japanese had become a belligerent nation. In the early years of the decade they overran Manchuria. In 1937 the invasion of China caught the world’s attention. The armies of Japan showed no mercy on Chinese civilians when they brutally slaughtered men, women and children in the carnage that is known as the “Rape of Nanking.” America now saw the Japanese as a probable candidate for a future war, sooner, rather than later.

The Japanese Empire had its eyes fixed on the rubber plantations and oil fields in the South Pacific region that were necessary for their war machine. To stop any interference from America in their planned conquests, the scheme was set in motion to inflict as much damage as they could on American military assets in the Pacific. This in turn would give them control of the waterways of the Pacific Ocean.

As stated earlier, on December 5, 1941 a large portion of the Japanese Navy was closing in on Pearl Harbor and the planned destruction of the American Fleet. The Armada consisted of six aircraft carriers, loaded with over four hundred attack aircraft. They were backed up by battleships, cruisers, and destroyers. It was the largest Carrier Task Force ever assembled at that time.

On the morning of December 7, the Japanese were positioned to launch their aircraft for the first wave of the attack. At Pearl seven battleships of the Pacific Fleet were lined up on Battleships’ Row.

The big ships were all named after American States, a custom that dated back to the late nineteenth century. They were the Arizona, Oklahoma, West Virginia, California, Nevada, Tennessee and Maryland. The eighth battleship at Pearl, the Pennsylvania, was in dry dock a short distance from the other ships.

At 7:48 a.m. Hawaii time the attack commenced. The American Forces were taken completely by surprise. Most of the men aboard the ships were below decks. The moored battleships would prove easy targets for the oncoming planes.

The Battleship Arizona was the first to feel the wrath of Japanese bombs. She suffered a catastrophic blow to her forward ammunition magazines. Within minutes of the attack the battleship was engulfed in a towering inferno. Rear Admiral Isaac Kidd along with over eleven hundred of the ship’s crew perished with the ship.

Oklahoma succumbed to a torpedo attack soon after. The twenty-eight-thousand-ton ship capsized taking 432 brave souls to a watery grave. Many of those who perished were trapped in the overturned vessel. Numerous acts of heroism were on display as seaman and clergy helped push their comrades out porthole windows to save as many lives as possible, with no regard for their own welfare. Many of these American heroes were among the men entombed in the capsized wreckage.

The West Virginia was hit by numerous bombs and torpedoes. She sank in forty feet of water. Over one hundred of her crew went down with her. Of note here, three brave souls trapped below decks desperately banged on the inside wall of the ship for sixteen long days hoping to be rescued. There was nothing that could be done to save them. They were trapped in a room below the waterline. Any attempt to free them would have been to no avail. Cutting a hole in that section of the ship would have flooded it before they could be rescued.

California too was in peril. One hundred and three of her crew perished in the attack. Hit by two torpedoes, the damage to her was not as severe as the others. In fact, California took on water for three days before finally landing in the shallow waters of Pearl Harbor.

Nevada was the only battleship that was able to make it into the open waters of the harbor. The maneuver did not save her. She was hit by both bombs and torpedoes. Sixty of her crew lost their lives defending the ship. The Captain decided to beach the stricken vessel. She ended upon landing on a coral reef. Later that day she slid off the reef and sank to the bottom.

The three remaining battleships Tennessee, Maryland, and Pennsylvania suffered moderate damage.
The ships were back on active duty by the Spring of 1942. West Virginia, Nevada, and California needed to be salvaged and repaired extensively before they rejoined the war effort in 1944.

Army bases and aircraft were also attacked. The loss of American lives reached a total of 2,403.

It had been a sad day for our country. There was one saving grace. The most important elements of the Fleet, the aircraft carriers were out to sea when the attack took place. The Saratoga, Lexington, and Enterprise were untouched. The Enterprise would be instrumental in winning the Battle of Midway six months later.

Pearl Harbor was not Japan’s only target. The next day they attacked The Philippines, Wake Island, and Guam. The day after that Japanese aircraft sent two of Great Britain’s most powerful capitol ships, the Prince of Wales and the Repulse to the bottom of the China sea.

British forces in Malaysia were also under siege.

The day after the surprise attack on Pearl Harbor, our thirty-second President addressed the entire Nation by radio. In the speech he stated; “Yesterday December 7th, 1941 a date which will live in infamy, the United States of America was suddenly and deliberately attacked by Naval and Air Forces of the Empire of Japan.” These words had a resounding effect on the American public. Roosevelt’s speech brought the country together. There was now one common goal: America will prevail against tyranny at any cost.

A quiet Sunday morning at Pearl Harbor that turned into an earth-shattering event brought an unexpected response from Adolf Hitler. Three days after Roosevelt’s speech Germany inexplicably declared war on the United States. This was a monumental mistake. Hitler had just invited a lion into the room. We were now in a global conflict. With the might of America in the European War, it effectively sealed the Third Reich’s doom. It would take four long, hard years to prevail. Before it was over more than 600,000 American soldiers would pay the ultimate price to rid the world of German and Japanese aggression.

THE HEROES OF PEARL HARBOR

The list of heroic deeds at Pearl Harbor are etched in history. Fifteen Medals of Honor were awarded to the soldiers and sailors of Pearl. Space does not permit room for all the citations. This one gives us an idea of the kind of men that rose to the occasion on a Sunday morning in December of 1941:

When it was seen that the U.S.S. Oklahoma was going to capsize and the order was given to abandon ship, Ens. Flaherty remained in a turret, holding a flashlight so the remainder of the turret crew could see to escape, thereby sacrificing his own life.

There were many other acts of gallantry that filled the waters of Pearl Harbor that day. Along with the Medals of Honor, numerous other citations for bravery were presented to the Heroes of Pearl. Many of them who lost their lives in defense of our country received the awards posthumously. They are shining examples of the best that America has ever produced. Lest we forget.

The attack on Pearl Harbor had a devastating effect on the Country. It may be akin to the emotions felt by Americans when the World Trade Center was attacked on September 11, 2001. These are cataclysmic events that luckily are few and far between. They are inscribed in America’s past and should never be forgotten.

This weekend may be a good time for us to reflect on a “Date which will live in infamy, December 7th, 1941.”