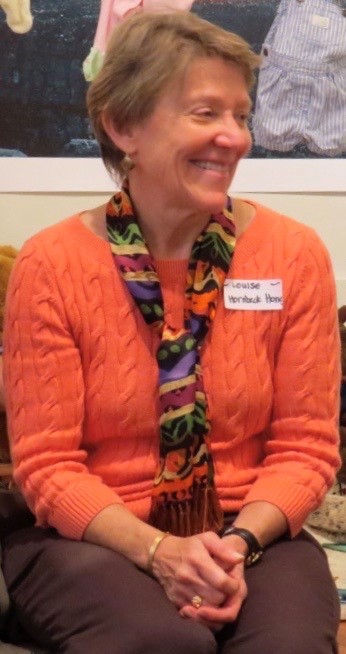 SARATOGA SPRINGS — Louise Rourke, a retired teacher from Porter Corners, contracted polio at just six months old. She was in leg braces for the majority of her life and had several corrective surgeries. Spending her summers on Rockhurst, a small peninsula on the east side of Lake George, Rourke never felt more graceful than when she was swimming in the lake.

“I always felt more graceful and free in the water than I can on land because I walk with a limp,” Rourke explained.

Rourke has carried the idea of swimming the whole lake for the majority of her life, “when I was four, there was a woman named Diane Struble, who was a single mom, and she swam the length of Lake George back in 1958. I remember my parents telling me about that and all the publicity around it. I just remembered thinking, ‘wouldn’t it be awesome if I could do that?’”

Two things occurred to make Rourke revisit that thought decades later: Her two sons, Devin and Sean, participated in volunteer work in Nepal. When she and her husband went to visit them, it was the first time she had ever been in a developing country, seeing firsthand people with shriveled limbs, like herself, and they were crawling instead of walking with a limp. They had no benefit of bracing or corrective surgeries.

“Of all of the wonderful things that are available to me as a citizen of the United States. The trip was a significant event that planted the seed of, ‘I wish I could do something for the people of Nepal in general,’” Rourke explained.

Rourke will be doing a relay swim with Brigette Simpson for the Saratoga Rotary Club to fundraise and raise awareness for polio and public health immunization.

“Abilities rather than disabilities,” said Donald McPherson, a Saratoga Rotary Club member, in a press release about the event.

Simpson swam the length of Lake George last year on her own. Rourke met her in the fall and swam with her with a triathlon club.

“She was very encouraging to me. She said, ‘you could do the lake if that’s what you want to do.’ So, I considered it. She did it for her 50th birthday, and I just turned 64 in May, so, I wasn’t so confident about doing the whole lake. She suggested a relay and that appealed to me. I’ve been practicing all winter long. I’ve always been a swimmer, all my life, but this past fall, after meeting her, I ramped up my swimming at the Y in Saratoga and I started training. We’ll each end up doing 17 miles. Our plan is to swim the first mile together and the last mile together, and then the 30 miles in between we’ll alternate fivemile sections,” Rourke said, explaining how the relay swim will work.

Both women will be accompanied by at least one follow boat and two paddle boats per swimmer.

“When I decided that I wanted to do a relay and Brigette agreed to help her, she wanted to do it with a purpose in mind and then the Saratoga Rotary Club decided to back them,” Rourke said.

More in this category: « Athlete of the Week: Joseph Bokan Firecracker4 on July 4 »
back to top