Through The Lens; A Downtown Story 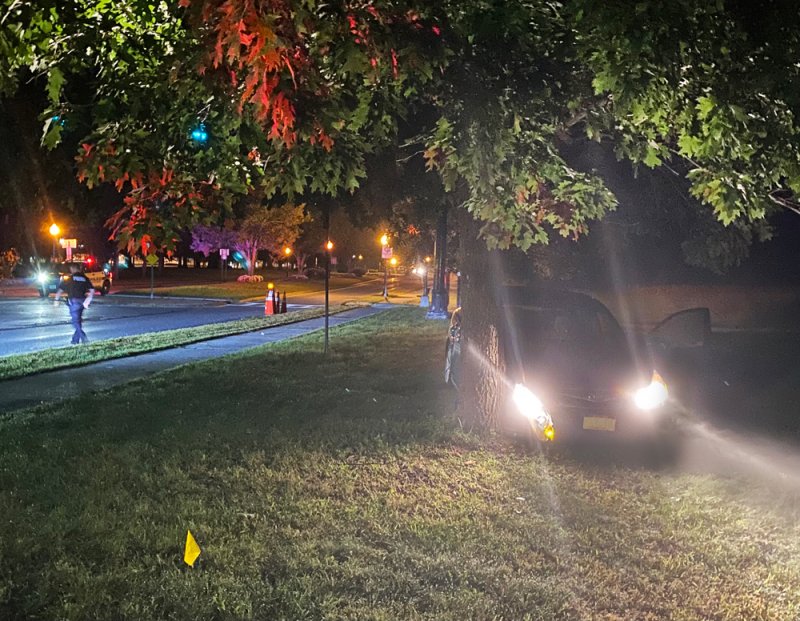 Friday and Saturday nights in downtown Saratoga Springs currently revolve around a tourist night club scene fueled economy lit by emergency sirens. What were once summer problems for ‘The August Place to Be’ have become year-round issues. Months of observation and video-recording show that Saratoga has been overwhelmed by a weekend tourist crowd that is disproportionately responsible for violence, vandalism and drunk driving that plagues the Spa City every weekend.

2021 has been a year filled with protests demanding police reform and oversight. What exactly is police oversight, how exactly would you do it, and what purpose does it serve? These are the questions that need to be answered. The concept of oversight is often defined as a civilian body in a city tasked with reviewing and improving police conduct. With that definition, basic observation is a necessity. The level of scrutiny police forces are put under exists on a spectrum; the extremes of which no reasonable person wishes to live under. Nobody wants a totalitarian surveillance state, so a more targeted approach would be in the best interest of all.

In Saratoga, the SSPD has clearly become a target for some. This department, among many others, has been put under a microscope ever since the murder of George Floyd. Local groups have held protests for reviews of police conduct, and more oversight on behalf of the BLM movement.

With that being the state of affairs in Saratoga Springs, I went out to actually SEE for myself what was going on before forming an opinion. Every Friday and Saturday night I went out from 10 p.m. – 4 a.m., drove around, observed, shot video and took notes. As a photo and print journalist with 20+ years’ experience, observing is a finely crafted skill for me. Seeing ACLU observers in pink hats at protests, I learned how to stand and watch. I have seen the street in action for decades and understand what it is “typically” like, but recently something has been different. Finding what has changed amidst the chaos and foot traffic was a challenge both mentally and physically.

For two-and-a-half months, from August to November, 14 consecutive Fridays and Saturdays in downtown Saratoga on Caroline Street, I was a sober civilian-observer during the city’s peak drinking hours. I wanted to be a proper citizen observer and leave the results as a testimony to a time and place. There were no predetermined rules for observation or firm legal precedent to follow. With only the 1st Amendment to guide me, it seemed that just going out and trying was my best option.

To prepare, I charged my phone, set up my dash-cam, and hit the streets. I sat in a parked car a lot just listening to the police scanner. An incessant stream of problems immediately begins to squawk out over the scanner. That in itself was both shocking and upsetting. Where does one go to watch the police to see if they are misbehaving? If that is your sole purpose, then 95% of the time, if you sit and listen, you will find them assisting the elderly, looking for missing children, breaking up petty arguments, and spending hours following up on 911 hang-ups. There are no civil rights violations to witness from the police force on such calls. Then, there are the bad calls like overdoses, terrible car accidents, knife wounds and people, young and old alike, fighting to survive a critical moment… all of which occur on a daily basis.

I began to notice that police interactions that qualified as relevant to civil rights nearly all occurred on either a Friday or Saturday night. The largest portion of such interactions were with drunk drivers or people involved in minor physical altercations. I wondered why things seemed to happen on these nights as opposed to others and decided to focus my energy on those two nights.

On any given Friday or Saturday night, random things would occur downtown without adhering to any regular schedule. Yet on Caroline Street, things run like clockwork. The most notable being that around 1:30 a.m., when bars begin to close and the rowdy crowds all fill the street, fights inevitably erupt. After that, Gaffney’s closes and the club tourists all wander up to Esperanto’s where more small fights break out, so the police are always parked there.

Around 3 a.m., whoever is left heads down to Clancy’s or wanders around looking for their friends and cars. It should be called Pee O’clock. This is when it’s all bad. Incoherent yelling, public urination and brawling all the way to their cars. This is when the parking fights begin. They typically revolve around who is or isn’t getting a ride home, or who should be driving. They rarely get violent, but often result in terribly dangerous driving, leading to crash after crash. Signs, fences, trees, and other cars all fall victim to these drivers. One car even hit the broad side of the Adirondack Trust on Broadway!

These are all facts, not opinion. Look it up, listen to it, go watch it happen.

One day, I saw an actual sign in front of Gaffney’s that read, “Best concert venue in the Capital Region. Formerly held by SPAC”

It was then that I realized that is the issue; tourists who come to see a concert, get wasted and drive away. It’s that simple, it’s a new group of people unfamiliar with our town and its streets. Mix that with drinking and drugs and it becomes something ugly. As far as I could tell Gaffney’s has 5 parking spots that go unused. Often enough they don’t even make it to their car, forgetting where it is and fall unconscious on the pavement injuring themselves. If you doubt this conclusion, please go now to the police blotter and see who is arrested for drunk driving and where they live. This information is printed every week. The vast majority of those arrested for DWI on weekends in September, October and November were from out of town.

Of course, I also recorded the police doing their job. There were numerous times when I had to defend my right to observe, but overall I was allowed to film without issue. Throughout the entire time I spent filming downtown, I never saw anyone’s rights infringed upon or any signs of bias on the part of the police. I did see several arrests that required handcuffs and physical force, but no one complained about those arrests.

The point of all of this was to create momentum for the idea of the citizen-observer, and hand off the baton to others who sincerely care about the community.

It’s available, it’s free, it’s legal. Why is nobody else doing it?

Saratoga, like any other town, needs law and order. Local police are working every minute of the day coming to the rescue of the community, and that’s the truth.

If anything, the SSPD needs more support and more funding especially for Friday and Saturday night. I also believe the dutiful observation of them and everyone in our community would help. In the end, it is obvious to see the problems when you take the time to actually look.