New Brewery and Bar to Open in Ballston Spa 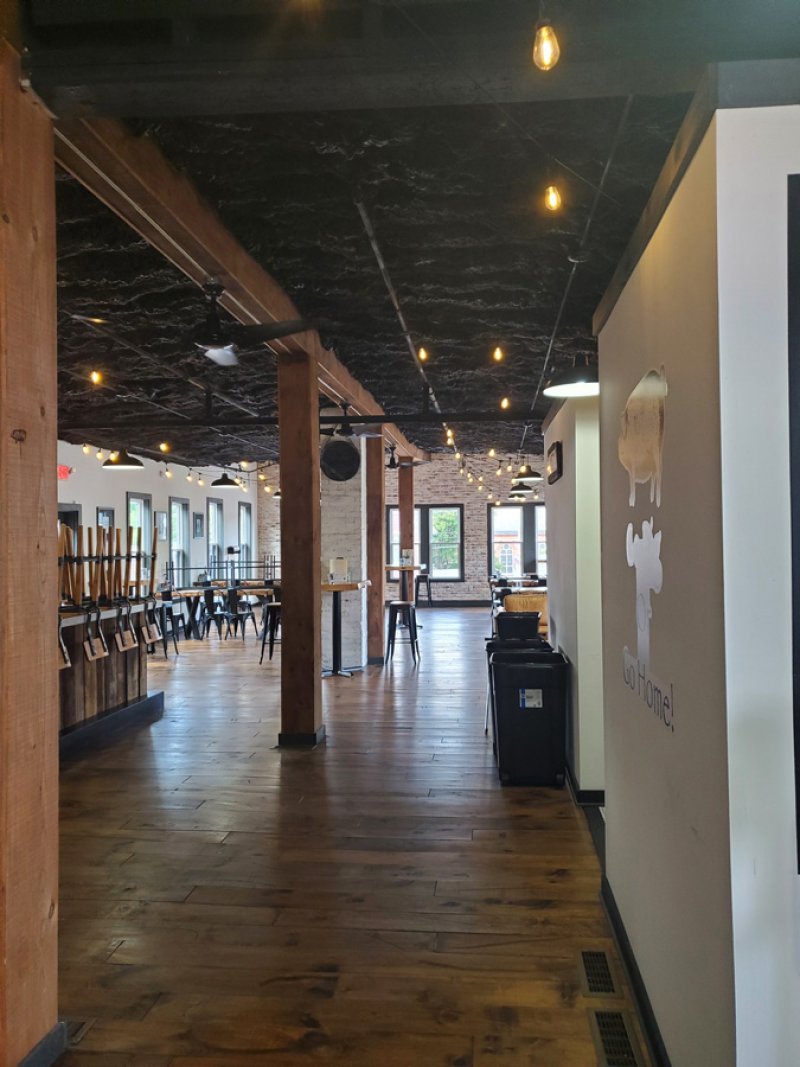 BALLSTON SPA — What was once an eyesore in the town of Ballston Spa has been transformed into a space to eat, drink and be merry. Located at 11 Washington Street, the two-story 6,000 square foot building once served as a dress factory and a storage-unit space. However, that was decades ago, and the building had been unoccupied for nearly 30 years, much to the dismay of village residents.

The mission to fill the space was a joint effort from two local families – the Heid’s and the Elliott’s. Randy Elliott, a local contractor with years of experience and his son, R.J. led the charge for the building renovation. “It took us about 23 dumpsters full just to gut the building out and turn it into something that resembles a livable space” R.J. Elliott told Saratoga TODAY. Now, with exposed brick and hardwood floors, the brewery feels like a perfect mix between the midcentury factory that it once was and a new, lively place to gather in the village.

Larry Hied, who met Kelly-Delaney Elliott through Kelly’s real estate company, had been brewing his own beer at home for more than five years. With a contractor, a brewer and a real estate expert all on the same page, it was an instant match. After the initial purchase of the building by the Elliott’s for $180,000 back in May 2020, an uncertain time to make such an investment, and with some hard work and perseverance, the two families’ visions have finally turned into a reality.

The menu offerings from the Speckled Pig echo the two families’ do-it-yourself attitude. All beer options are brewed in house and the Speckled Pig Brewing Company is registered as a New York Farm Brewery. That means 80 percent of the hops and grain used to make product will be sourced from within the state. Taking it a step further, even the dough to make their artisan wood-fired pizzas will be created from scratch in their kitchen. They have even collaborated with local businesses like Coffee Planet to make local coffee stouts! “We are really excited,” said R.J. Elliott, “we had a soft opening a few weeks ago, but we are finally prepared to open officially.”

The grand opening for the Speckled Pig will be held on Friday, September 23 and celebrations will continue well into the weekend – eventually culminating with Sunday Night Football on the new flat-screens to close things out. Outside the bar, an alley with overhanging lights, picnic tables and the popular lawn game “Cornhole” will entertain guests that prefer to enjoy their local craft beer in the fall air.

As for the future, the Speckled Pig plans to eventually break into the distribution space. “We definitely want to expand,” said R.J. With a canning machine onsite, customers can take home packs of their favorite drink before they eventually hit retail stores across the area – which is the plan moving forward. For more information on the new Ballston Spa venue, visit speckledpigbrewery.com.

More in this category: « Kelly’s Angels Adds Two New Board Members - Bob Kovachick Eager to Get to Work in Retirement
back to top