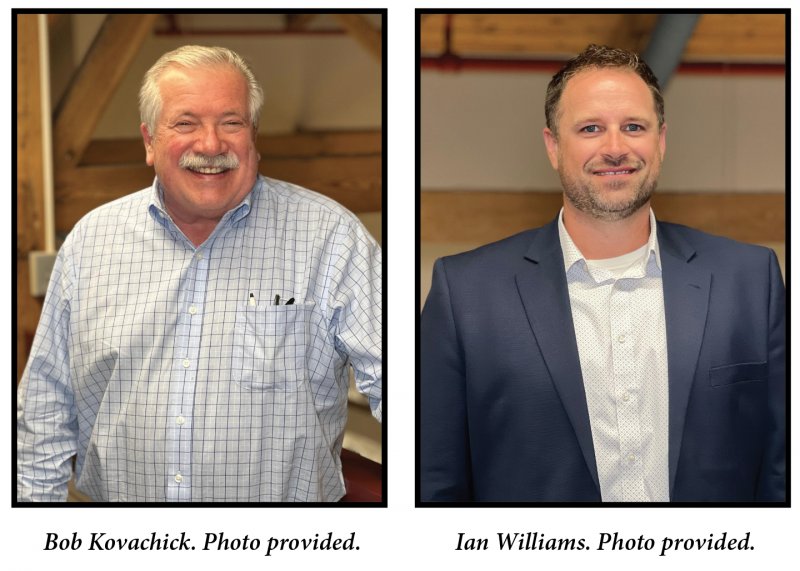 Capital Region — Kelly’s Angels, the Capital Region charity dedicated to helping families and children who are grieving a loss, has named two new members to its board of directors. Robert “Bob” Kovachick, well-known Meteorologist from WNYT-News Channel 13, and Ian Williams, Vice President and Senior Retail Lending Manager for Glens Falls National Bank, have joined the Kelly’s Angels board.

“We are excited to welcome Bob and Ian to our all-volunteer organization to continue our mission of helping families in their times of need,” said Mark Mulholland, Kelly’s Angels founder and President. “Both men are community oriented and committed individuals and we are proud to have them join Kelly’s Angels.” Kovachick, a Saratoga Springs resident, is retiring in October after a distinguished 50-year career as a Meteorologist, including the last 34 with the Capital District NBC affiliate. He said he has long been “blown away” by Mark Mulholland’s efforts and dedications to Kelly’s Angels and is eager to help the organization.

“I am amazed at the force Mark and Kelly’s Angels has become. Now that I am retiring, I have more time, and I want to help,” Kovachick said.

Williams, a married father of two young children from South Glens Falls, said he has long believed in giving back to the community, having served on the Glens Falls YMCA and Glens Falls Kiwanis Club board. He said family members’ battles with cancer prompted him to want to get involved with Kelly’s Angels considering the organization’s efforts to help those fighting cancer. Both were welcomed to the board as Kelly’s Angels begins planning for its annual Mother-Lovin’ 5K run/walk at Saratoga Spa State Park next May.

More in this category: « Saratoga Casino Holdings to Expand New Brewery and Bar to Open in Ballston Spa »
back to top