The Legacy of Katrina Trask 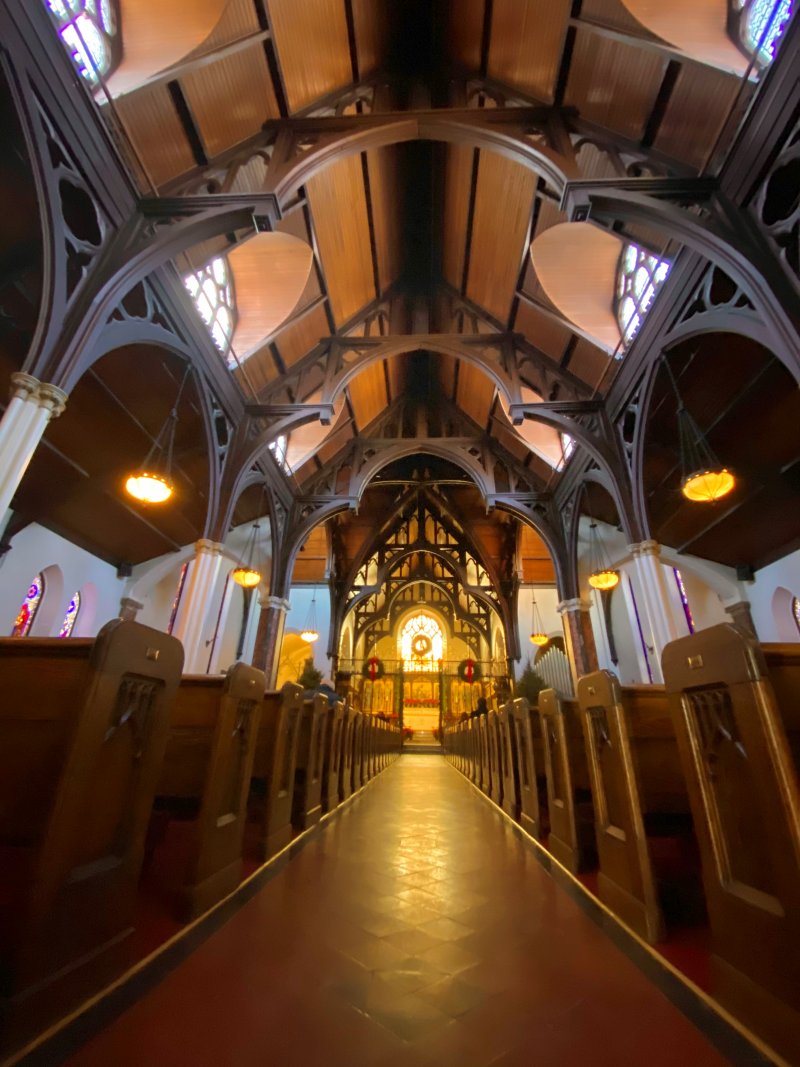 SARATOGA SPRINGS — At precisely 11 a.m. on Jan. 11 2022, Kathleen Anspach commenced a tolling of the largest tenor bell at Bethesda Episcopal Church. It rang 68 times, one each to celebrate the 68 years of Katrina Trask’s life.

It was precisely 100 years earlier, at 11 a.m. on Jan. 11 1922, when all the bells in all Saratoga Springs’ churches rang simultaneously as a funeral service for Katrina Trask was held on the east side of the city at Yaddo.

Saratoga businesses closed their shops early on the afternoon of Trask’s burial. Her grave is marked by a Celtic Cross of Adirondack granite and sits atop a knoll at the highest elevation of the Yaddo compound in an area named “Holy Hill.” A large public memorial ceremony was held that day at Bethesda Church - where Trask had offered the design of the chancel window above the altar, and a donation to the church of its prominent eagle lecturn.

Katrina Nichols (Trask) was born in Brooklyn on a late day in May in 1853. She and husband Spencer are credited for their involvement in and inspiration of a legacy of standing achievements: the Spirit of Life statue in Congress Park; efforts to save the Saratoga mineral waters from extinction; the Wiawaka Center for Women on Lake George, and their support for two girls’ schools in Saratoga, among them.

Most notably, the Trask legacy is rooted in the large parcel of land where they lived and which they bequeathed to the future writers and artists of the world. Since first hosting residencies for creatives in 1926, the Yaddo grounds have launched the inspiration for some of the world’s greatest works.

It was in 1946 when 21-year-old aspiring writer Truman Capote stayed at Yaddo and slept in Katrina Trask’s former room, where he would lie awake listening to the blowing wind, the creaking doors, and the faint cry of the bats circling the towers above. When he emerged from the artists’ colony a few months later, he had the makings of his debut novel, “Other Voices, Other Rooms.”

It was at West House – one of the near-two-dozen homes and working spaces on the 400-acre Yaddo estate, where William Carlos Williams crafted portions of his epic poem “Paterson,” Patricia Highsmith invented the characters for her work “Strangers on a Train,” and where Sylvia Plath, dividing her time between sleeping in the first-floor bedroom and working in the studio room upstairs, penned a half-dozen works inspired by her surroundings - “The Manor Garden,” “The Burnt-Out Spa,” and “Yaddo: The Grand Manor,” among them.

In 1916, Katrina moved out of the 55-room manor home and into West House, where she lived the final six years of her life. Today, her likeness peers out its main room from an oil painting that hangs over the fireplace, framed by cases filled with books showcasing the art of Chagall and the words of Balzac and Thackery. Photographs, letters and personalized documents cling to the walls - one from Andrew Carnegie, another from then-President Woodrow Wilson.

“The only sound is from the birds, and, at night, the distant dreamlike calling of the announcer at the Saratoga racetrack,” Plath wrote of her two-month stay at Yaddo in 1959.

The first known occupant of the land that would become Yaddo was Jacobus Barhyte, a soldier of the American Revolution who discovered the landscape in 1784 after fighting on the nearby staging ground of the Battle of Saratoga. When a wave of tourists began flocking to the area to experience the nearby springs, Barhyte opened a tavern on his farm which became a popular watering hole for luminaries like Andrew Jackson, Washington Irving, and James Fenimore Cooper.

Spencer Trask purchased the property in 1881, built the mansion in 1893, and six years later constructed a rose garden for his wife Katrina. Their lives would be touched by tragedy, however, with each of the couple’s four children passing away while still in their young years. With no heir to leave their possessions to, Spencer and Katrina in 1900 bequeathed the lands to future artists, to come, to stay, and to create. Eight years later, Spencer was killed in a train crash, which some have argued was of suspicious origin. After Katrina’s death in 1922, the cause of establishing an arts colony was picked up by longtime family friend – and Katrina’s second husband – George Foster Peabody.

“She left a tremendous legacy of improvements in the city of Saratoga Springs, and Bethesda Episcopal deeply appreciates her personal legacy in the church,” said the Rev. Charles Wallace for the centennial anniversary bell ringing at Bethesda Episcopal Church on Washington Street. “We are thrilled to be able to commemorate Katrina Trask by ringing the Church’s bells in her honor.”

Read 654 times
More in this category: « Arrest Made In Assault City Mayor Post-Election Financial Disclosure Statement Posted at BOE »
back to top