Rough Riding: No Word from City on East Side Skatepark 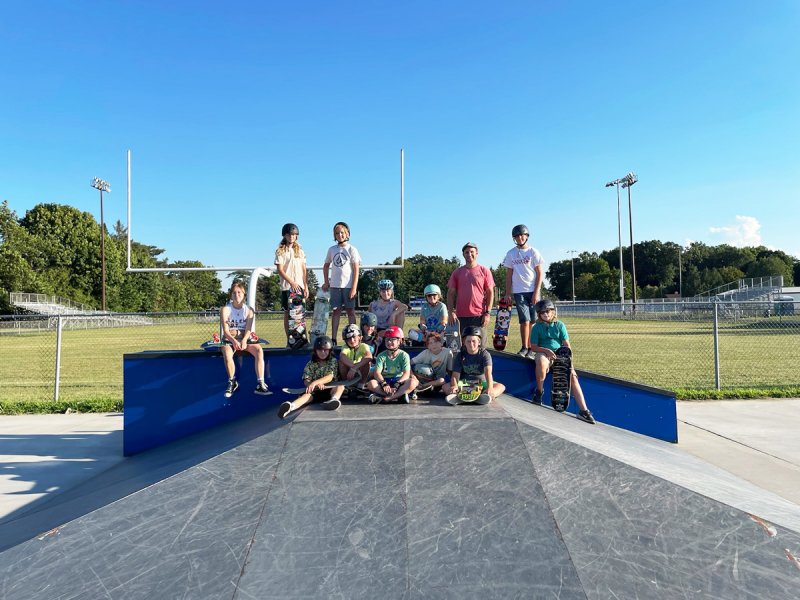 SARATOGA — Built in 1989, the East Side Recreation skatepark is the oldest municipal skatepark in New York state. Now, more than three decades later, with rusted ramps and decaying metal, skatepark goers think it’s time for a proper upgrade. And many thought that was coming a few years ago during the Saratoga Great Outdoors Project, when the LA Group partnered with Mosaic Associates and the school district to improve recreation spaces across the city – projects that totaled $15.6 million dollars. For the East Side Rec, this meant new basketball courts with lights, 10 new pickleball courts, a new fieldhouse with concessions and bathrooms, a new synthetic turf baseball field with lights, expanded irrigation and more. Unfortunately for those that skateboard, the skatepark was left virtually untouched.

The charge to have the skatepark upgraded is being led by ON DECK Saratoga, a nonprofit 501(c)(3) organization under the umbrella of the Saratoga Institute. Benj Gleeksman, co-founder of ON DECK, has been outspoken about this whole process, releasing a recent statement saying, “this decision [to not upgrade the skatepark] seems like a way for the skatepark to not be recognized as important as the rest of the facilities in the complex… The Great Outdoors Project was a New York State grant, not a fundraising initiative for particular interests. For a skatepark that is used daily, and almost year-round, a significant investment is warranted.” ON DECK has been lobbying the city for an upgrade since 2012, and this year it finally seemed like a go – but unfortunately the plans of an upgrade keep getting stymied.

The renovations were initially projected to cost $265,000 when the plans were first unveiled – and the city council unanimously approved the project. However, due to supply chain disruptions and the ever-rising price of materials during the fallout of the COVID-19 pandemic, the cost to the city increased by $140,000. So, ON DECK took matters into their own hands. Using the power of grassroots fundraising and help from local businesses, the organization has raised over $70,000 for the new skatepark – covering half of the unforeseen expenses. On June 7, 2022, the city approved the new expenses, and the project was seemingly green-lit, that is, at least on paper. In reality, though, nothing has changed at the park. “As residents of the city, taxpayers and supporters of skateboarding and other action sports, we are frustrated about this hold up. We would like public transparency from the City of Saratoga or the school district about why the building contractor has not been signed, nor a construction date determined,” said Gleeksman.

“Every time this project gets delayed our costs rise. We were told by the recreation department to raise money to help with the effort – so far, we have raised over $70,000 dollars for the project and want to move forward,” Gleeksman told Saratoga TODAY.

Ostensibly, the recreation department has always been supportive of the skatepark and its planned upgrades, however the recreation commission, a seven-member board appointed by the mayor, is the group pushing back on the plan. “We’d like to ask the public to join us in voicing the needs of the skatepark to the recreation commission during their next meeting on Tuesday, 9/27 at 6:30pm at the Vanderbilt Recreation Center,” said Gleeksman in a statement. For more information about ON DECK, or to donate to the project, visit: www.ondecksaratoga.org.