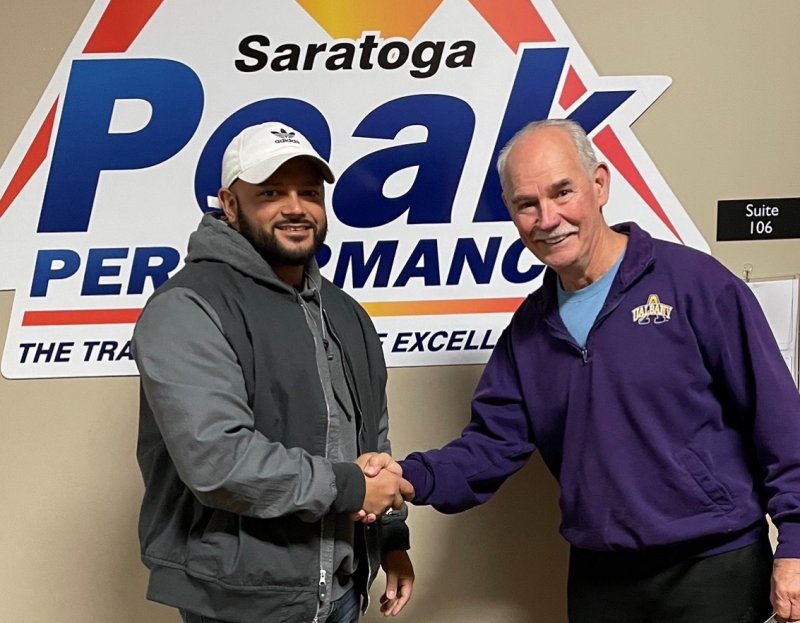 Dr. Bryan Briddell who is widely regarded as one of the top certified personal trainers and fitness experts in the Capital Region, has sold his gym Saratoga Peak Performance to long-time trainer JR Michael. Michael has been helping Briddell grow the business for the past ten years as the head trainer.

“Bryan has been a mentor to me,” said Michael. “I started with him in my early 20s and he has helped me through a lot of life lessons, including teaching me how to maintain a business.”

Saratoga Peak Performance offers training to athletes of all ages, including sport-specific training and injury-reduction programs, to help all clients reach their individual fitness goals. Peak Performance has trained many successful athletes such as Kristi Wagner, Olympic rower from Saratoga Springs who competed for Team USA in Tokyo; Kelsey Bridell, Saratoga Springs graduate and daughter of Bryan, and Carrie Hanks, Niskayuna graduate, who were both named to the 2021-2022 U.S. National Women’s Field Hockey Team; and Joe Girard III, Glens Falls native and guard for the Syracuse University Men’s Basketball Team.

Michael has plans to give the gym a “face-lift” with some new equipment, as well as more modern marketing tactics. The good reviews about Peak Performance usually spread by “word of mouth”, but Michael has more tech-savvy ideas, such as an app for the gym. The app, which will be powered by Mindbody, will make the training experience at Peak Performance more streamlined, allowing clients to book classes, pay for classes, view openings, and more. Peak Performance will continue to stay open during the renovations.

For more information about Saratoga Peak Performance, check out their Facebook page at www.facebook.com/togapeakperformance.