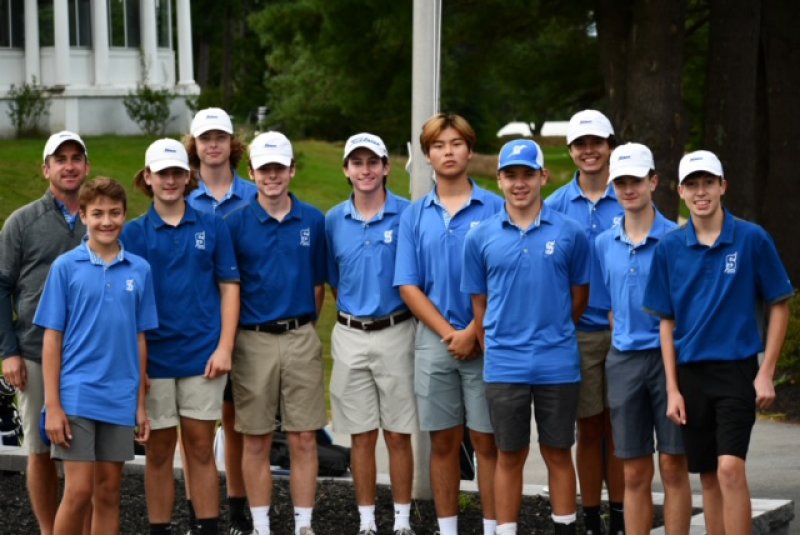 SARATOGA SPRINGS — After an impressive Suburban Council win, the Saratoga Springs Varsity Boys Golf is headed to the state tournament in the spring.

Placing ahead of Shenendehowa and Shaker, the Saratoga Varsity Boys Golf Team became the Suburban Council champions by 19 strokes, with all boys scoring under 80. Since their Suburban Council win, they have competed in sectionals and state qualifiers.

“In sectionals we shot in 3rd place and were 7 strokes off the lead, but they rebounded at the state qualifiers and took 3 of the 11 spots at the state tournament,” said Jake Zanetti, Varsity Boys Golf Coach.

Competing at the state tournament this spring will be Kellen Dean and Carter Sica, with Declan Ladd as a second alternate.

“They put pressure on themselves for a perfect season,” said Zanetti. “They want to be undefeated, they want to win the Suburban Council, and sectionals, and make it to the state tournament.”

Zanetti noted that in addition to the boys’ own determination and hard work, a great deal of their success can be credited to local instructors and pros like Anders Mattson, Bob Cain, Kevin Hughes, and Brandon Risler.

“They pump out high level junior and youth golfers year-in and out, and dedicate countless hours of time and energy into our players,” said Zanetti.

The team alternates between practicing and hosting opponents at both Saratoga Spa State Park and McGregor Links Country Club. Zanetti mentioned that owners Bill Richardson at the Spa and Joe Kehn at McGregor have been generous and accommodating getting the boys on the courses.

“It is a great partnership with the community,” said Zanetti. “Michael Decker, the first-year pro at McGregor, and his staff have been excellent throughout the entire season in juggling schedules and providing tee times, as well as a top-rate golf course. The boys feel very ‘at home’ at both courses.”