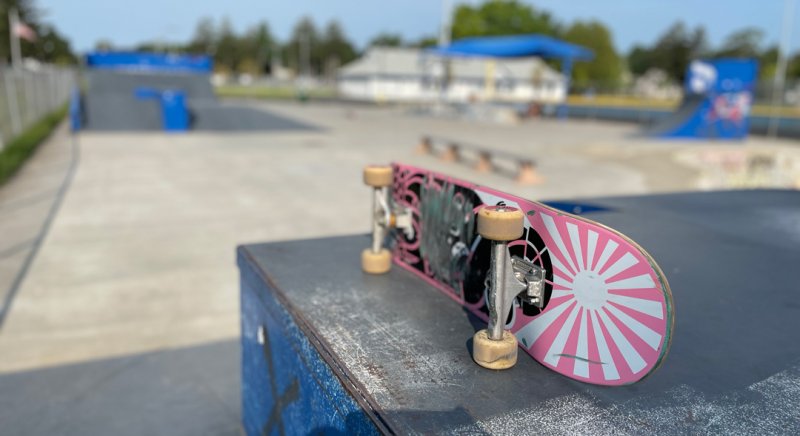 SARATOGA SPRINGS — Skate Jam returns to East Side Rec. as ON DECK Saratoga fundraises for a new skatepark.

On Friday, Aug. 27, Skate Jam returns to Saratoga Springs East Side Recreational Skatepark. The event, starting at 4:30 p.m., will feature prizes and raffles from Seasons skate shop, Town and Country skate shop, and Death Wish Coffee, as well as food donated by Stewart’s Shops and a DJ set from Thomas Dragonette. Prizes will be given out to skaters for demos of the “worst trick” and the 30-and-over “Senior Shred” event.

“It’s a fun activity to honor different types of skateboarding and skateboarding throughout the years,” said Belinda Colón, co-founder of ON DECK Saratoga.

ON DECK Saratoga was founded by Colón and her husband, skateboarder Benj Gleeksman as a not-for-profit organization that raises support for skateboarding and skateboarders of all ages in Saratoga through community-based events. ON DECK has been working towards the goal of getting a modern, fully concrete skatepark installed at East Side Rec., and the City of Saratoga Springs has recently designated $265,000 for the skatepark construction. ON DECK is looking to raise a total of $350,000 to break ground on the project.

“The culture around skateboarding has changed over the last 20 years for the better,” said Gleeksman. “The skatepark is where kids go when they don’t do mainstream sports and don’t want to sit inside playing video games. It is the only facility at East Side Rec. that is used year-round. They are out there digging it out of the snow in the winter, and that is a testament to how important it is.”

The Saratoga Springs East Side Recreation Skatepark (or Saratoga Springs Skatepark) is the oldest municipal skatepark in New York. It is an iconic spot in east coast skateboarding culture, and a handful of iconic pro skaters and artists grew up there. Gleeksman could name three you probably will recognize:

Johnny Schilleref, the co-founder of Element Skateboards, skated at the park in the 80’s, and so did Josh Carter, half of the band Phantogram. Jeremy Fish skated and worked at the park, back when they had employees. Fish has become a famous artist living in San Francisco, and even has a day named after him – “Jeremy Fish Day” is Nov. 19 by the way.

ON DECK is always looking for new opportunities to promote the importance of skateboarding in Saratoga through community events, afterschool programs, or attending Gleeksman’s skate camp with the Rec. Department. Reach out to ON DECK Saratoga through their email This email address is being protected from spambots. You need JavaScript enabled to view it. with your ideas.

“However people want to help,” said Colón. “We are hoping to do more demonstrations and gatherings like Skate Jam in the future.”

Drop-in to Skate Jam on Friday or donate to the skatepark construction fund through PayPal on ON DECK’s website, www.ondecksaratoga.org, or Venmo at @ondecksaratoga. Rain date for Skate Jam is scheduled for Saturday, Aug. 28.