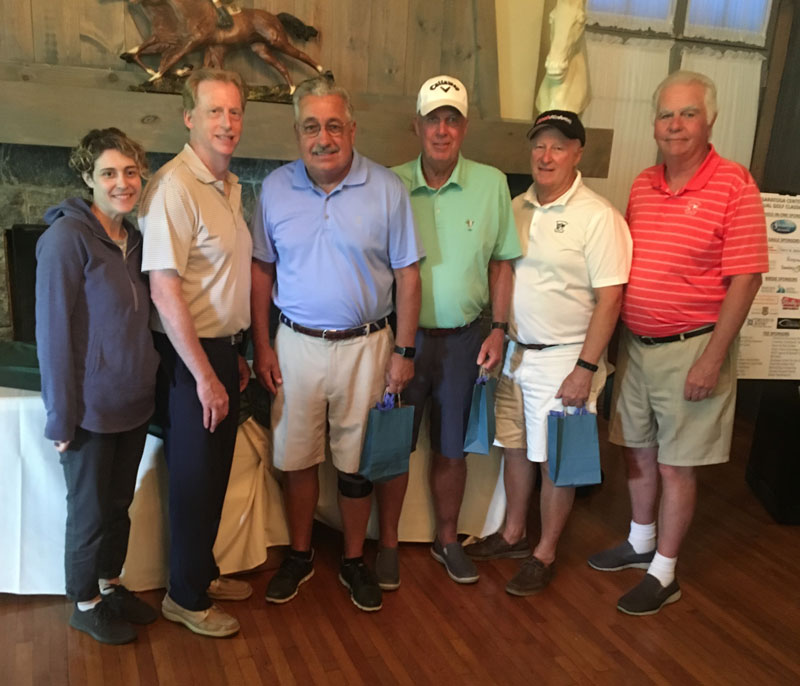 2. Golfer Sean Cohan with Executive Director Rebecca Baldwin after making a hole-in-one at Hole #18 at McGregor Links winning him a three-year lease on a 2019 Honda Ridgeline from Saratoga Honda. Photo provided.

The event featured a Hole in One at Hole #18 sponsored by Saratoga Honda.This year, for the first time, a hole in one was made by golfer Sean Cohan of South Glens Falls. He sunk the 165 yard shot to win a three-year lease on a 2019 Honda Ridgeline.

All proceeds from the tournament benefit Saratoga Center for the Family programs; Saratoga Center for the Family works to provide a comprehensive array of services committed to strengthening, empowering, and educating children, families, and the community to reduce the incidences and effects of child abuse, neglect, and family dysfunction. For further information, visit the Center online at saratogacff.org or call 518-587-8008.