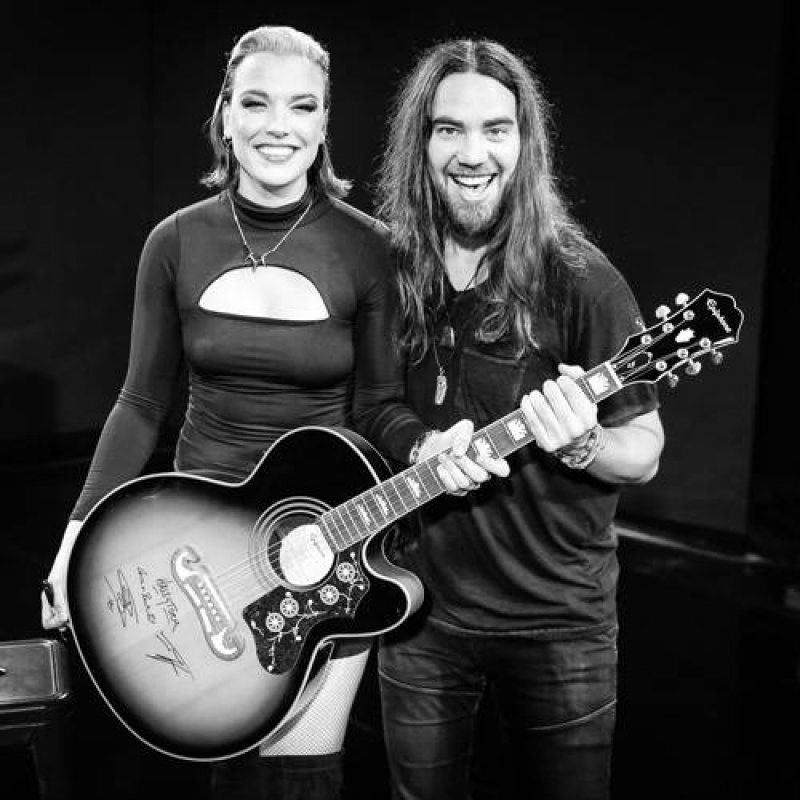 Lzzy Hale and Joe Hottinger, of the band Haelstorm, with an Epiphone guitar offered in a giveaway to celebrate the 10th anniversary of Death Wish Coffee.

Death Wish Coffee Co., the makers of the World’s Strongest Coffee, was launched in 2012 when Mike Brown brought a bold idea for the world’s strongest coffee to life in 2012. What started as a few employees packing orders in the basement of a quaint coffee shop can now be found in over 16,000 stores nationwide.

“Coffee Notes” features a 30-minute video directed by Rob Fenn and is hosted on the Death Wish Coffee website at deathwishcoffee.com.

The video provides an exclusive look at Halestorm performing some of their hit songs, including their most recent #1 rock single “Back From The Dead,” RIAA-certified Platinum song “I Miss The Misery,” and more, as well as a solo performance of Dolly Parton’s “I Will Always Love You” by Lzzy on piano. The performance also includes special anecdotes and stories about Lzzy and Joe’s experiences in the music industry and the meaning behind some of their biggest songs.

Fans who access the video will be automatically entered into a giveaway to win a signed Epiphone EJ-200ce guitar by Lzzy and Joe.