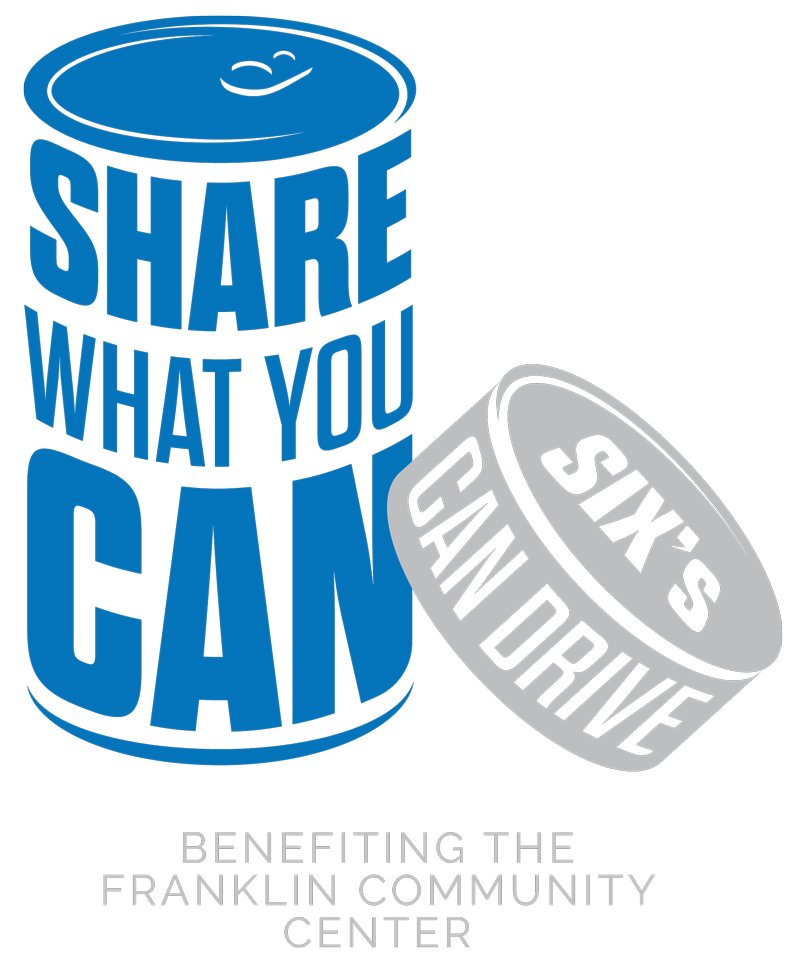 SARATOGA SPRINGS — In honor of their 10th anniversary in April, local agency SIX Marketing has launched a “Share What You CAN” Can Drive to benefit the Franklin Community Center.

Tin or aluminum is the traditional 10th anniversary gift, so Saratoga Springs-based SIX Marketing decided their 10th birthday would be the perfect time to hold a can drive.

SIX will donate all canned goods collected to the Franklin Community Center in recognition of the non-profit’s continued dedication to supporting local families both prior to and during COVID-19.

To collect canned goods, SIX and two community partners will set up drop-off boxes outside their locations throughout the Spa City. Members of the community can donate canned food items at the following locations through April 30. Those locations are: SIX Marketing (445 Broadway), Battleground Fitness (426 Maple Ave.) and Spoken Boutique (27 Church St.).

To help spread the word about SIX’s “Share What You CAN” Can Drive, participants are encouraged to share a photo of themselves dropping off their donations on social media with the hashtag #sharewhatyouCAN.

SIX Marketing has long been dedicated to humanizing their approach to marketing and helping others grow. The company began in 2011 as a marketing and PR firm, but over the years it has evolved into a growth agency. For more information about SIX, go to: SIX.marketing

More in this category: « SSPF Historic Homes Tour 2021: Virtually on Mother's Day Weekend
back to top