Engaged with Conservation In Saratoga County 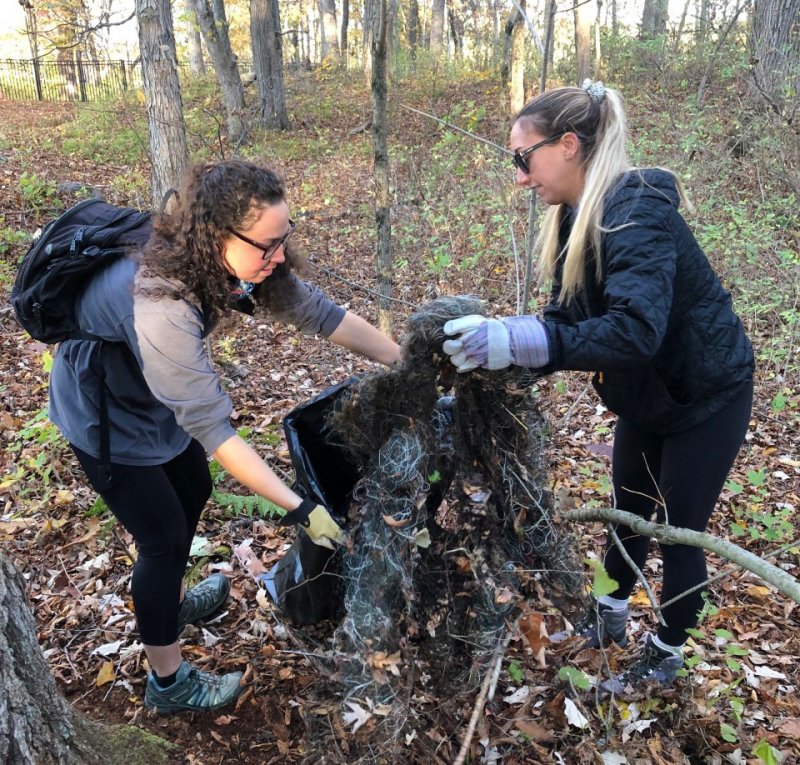 VICTORY — Saratoga PLAN’s Next Generation Committee, hauled six bags of debris out of the Saratoga Siege Trail – a Saratoga PLAN partner trail in the Village of Victory. The trail is located just opposite the Schuyler House on Route 4, in the town of Saratoga.

The Saratoga Siege Trail is a flat, half-mile walking trail, which follows along the south side of Fish Creek.

The Next Gen Committee has been active for less than a year, during which they have explored how they can act as an extension of Saratoga PLAN. For five of their ten months as an active committee, the group met virtually and was still able to organize multiple stewardship opportunities–one being cleaning up the Saratoga Siege Trail. Items found during the clean-up included: a TV, old car parts, bicycle wheel, and plastic bottles.

More in this category: « Candlelight Remembrance Service Nov. 8 for Victims of COVID-19 and Saratoga Community Community Service Stays Front and Center at Saratoga County 4-H »
back to top