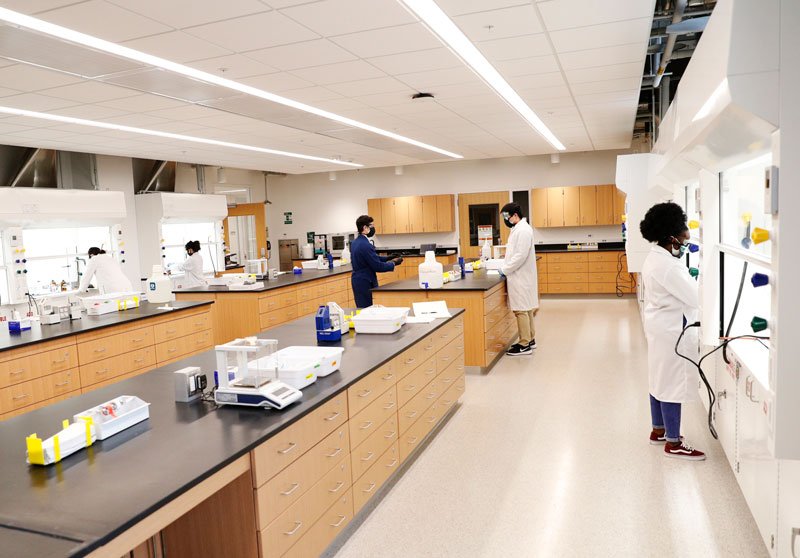 On December 31, 2020, Skidmore College made history when they concluded their largest fundraising campaign ever.

Creating Our Future: The Campaign for Skidmore raised a record-setting $229.4 million from a whopping 27,193 donors over a seven-year period beginning in October 2013.

“Strengthening a creative, collaborative and community-centered future for Skidmore has always been at the core of Creating Our Future,” said Skidmore College President Marc Conner in a press release.

Conner took over the position last July following the retirement of President Emeritus Philip Glotzbach, who, along with Marie Glotzbach, publicly announced the campaign in 2017.

“Our commitment to this vision for the future remains steadfast,” continued Conner. “This is an incredibly important moment for our college because of what our entire community — past, present and future — has made possible.”

CHANGING THE GAME
Skidmore, a first-class liberal arts college known for their exceptional humanities, social sciences, and arts programs, is now integrating the sciences more than ever before.

The campus’ new Center for Integrated Sciences (CIS), which is slated for completion in 2024, will be a 200,000 sq. ft. building housing all 10 of Skidmore’s science departments and programs.

“It’s going to totally change the feel of the sciences at Skidmore and be a game changer,” said Pat Fehling, Associate Dean of the Faculty and Professor for the Health and Human Physiological Sciences Department.

At the school for 28 years, Fehling is looking forward to the sciences being in a centralized location where collaboration can happen between disciplines.

“We’re relying on science to drive solutions. We are part of that conversation,” she said.

Isaiah Perkins, ’22, a double-major in Spanish and Religious Studies, said that with three other college-bound siblings at home in Boston, without the scholarships that pay for the majority of his tuition, he’d likely have to work multiple jobs to afford school.

The remote work experience he got teaching English as a Second Language with LifeWorks Community Action and paid for through the college’s Summer Experience Fund allowed him to sustain himself through the summer.

“Everyone can think back to the teachers that have touched them – who have created and inspired a passion within them. Teaching changes the world,” said Perkins.

Sophia Paulino Adames, ’22, is originally from the Dominican Republic and has lived in New York for four years. In addition to the scholarships that pay for her double-major in Studio Art and French, higher education COVID relief funds allowed her to get mental health support.

“It’s really awesome. It’s great. Honestly, I don’t know where I’d be without all the financial aid from Skidmore. I couldn’t imagine myself anywhere else,” she said.

Her time here has also fostered her desire for social equality and inspired her to build a better tomorrow.

“Skidmore is such an interdisciplinary institution. I’ve learned so many things outside of my area of study and I can bring all of that into my art.”