From the Publisher’s Desk... EXODUS 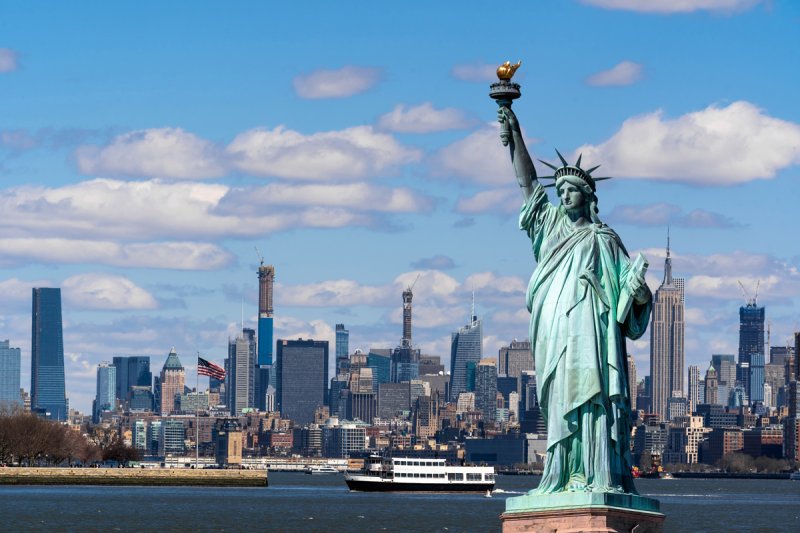 Are you a happy New Yorker? I didn’t ask if you like the region in which we live, I asked if you are happy to be a New Yorker? Based on recent census figures, the answer seems clear.

The Empire State continues to lead the country in population loss, losing another 180,000 people last year. According to the U.S. Census Bureau, in the 12 months ending June 30, 2022, approximately 300,000 more people left New York than moved in. New York was also one of seven states to lose a seat in the U.S. House of Representatives last year due to population loss.

Is any of this surprising considering last August, during her gubernatorial campaign, Hochul attacked her opponent and his Republican allies, stating, “...just jump on a bus and head down to Florida where you belong. Get out of town.”

Yet, as residents continue to flee NY in search of a better quality of life, the Hochul administration continues to double down on its edicts, mandates, and taxes.

“For us, Florida became the shiny city on a hill, so we made a tough choice.” said Florida transplant Joe Kakaty. In 2021 the Kakaty family packed their bags, sold their house, and moved to Southwest Florida. “Millions like us are fleeing the great Empire State for lower taxes, for less government, and for more economic freedom” Kakaty added. “We will visit NY. We miss our friends and family but hope to spend more quality time with them in the freedom of the sunshine state.”

Kakaty’s frustration with NY government is reflective of the sentiment of many New Yorkers.

Let’s take a look at some recent NY decisions stoking this frustration, which will undoubtedly play a role in future migrations:

• As New Yorkers struggle to pay their bills, heat their homes, and buy groceries, Governor Hochul just signed legislation granting state lawmakers a 29% pay raise, making them the highest paid legislators in the nation! They went from $110,000 to $142,000 per year. *Not a single Republican in either chamber voted for the pay increase.

• In her State of the State address, Hochul prohibited the use of fossil fuels in smaller buildings by 2025, and by 2028 in larger structures. Under the plan, New York would also ban the sale of any new fossil-fuel heating systems beginning in 2030. To get a better understanding of the absurdity of this plan, check out my July 28, 2022 Editorial: Electricity, Fossil Fuels, & The Green New Scam.

• Hochul followed that edict with a proposal of building 800,000 new housing units over a decade. In this proposal, the state would set a mandate, saying “every single locality will have a target for new housing.” Needless to say, the ‘housing compact’ as she calls it, will be riddled with over budget boondoggles that will cost taxpayers dearly.

• Hochul directed state regulators to make the necessary changes to require all new passenger cars, pickup trucks and SUVs sold in the state to be zero emissions by 2035.

• And if you’re a business owner, get ready for this…She called on the state Department of Environmental Conservation and NYSERDA to create the framework to require businesses to buy permits for their greenhouse gas emissions.

So, where does this leave us? While I love upstate NY, specifically the Capital and Adirondack region, I can’t help but wonder when the government overreach will stop. As with Rome, will the great state of NY eventually destroy itself from within?

Not if I have anything to say about it. I write these editorials to express my displeasure, and to hopefully spark thought and discussion which will lead to positive change.

Read 362 times
More in this category: « It’s Ski and Snowboard Season! What Could Possibly Go Wrong? It’s Chicken Soup Season: Will a Doctor’s Note Save My Job? »
back to top