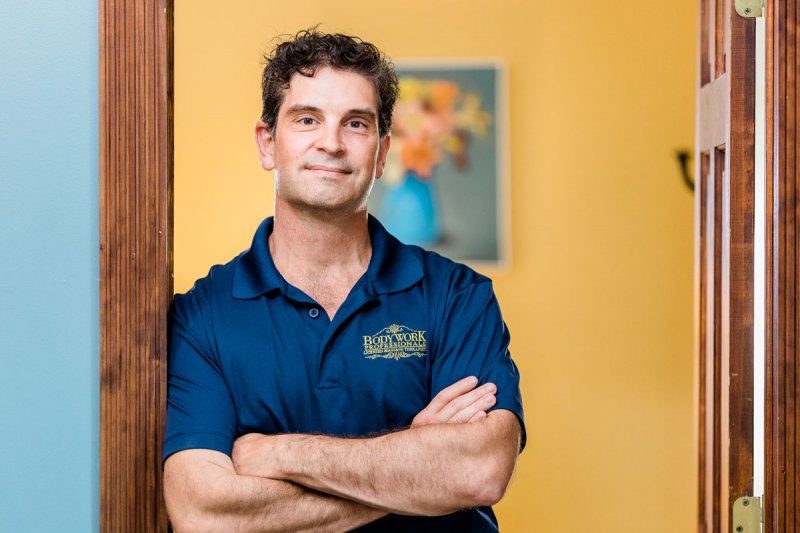 Nick Pavoldi, a structural integration practitioner, founded BodyWork Professionals in 2005, offering skills-based massages for a wide variety of issues. The company has since grown to three locations, in Saratoga Springs, Latham, and Niskayuna.

“We offer a variety of skills,” said Pavoldi. “We’ve got people that really love Thai massage, and they’ve been to Thailand five times to study with teachers from all over the world. We’ve got people who love craniosacral, or myofascial release. Each of these modalities require really specialized training.”

Pavoldi said the company attempts to pair clients up with therapists who can best suit their needs, offering options such as Swedish massage, deep-tissue, medical, and more.

“Like, a Swedish massage, for us, is a way of the client telling us they want to relax. They want a classic massage. They’ve got a lot of stress, or they feel it’s very difficult to process stress,” Pavoldi said. “That kind of direct touch and contact can be so powerful for something like stress. We have a deep-tissue massage, and that’s designed specifically for aches and pains. If you’ve got lower back pain, neck pain, or shoulder pain, you might want a deep-tissue massage.”

Pavoldi said their strategy helps therapists and clients communicate about the needs of the client better.

“We wanted to create a system where the therapist has a way of communicating with the client about what kind of work that they’d like,” Pavoldi said. “The people that get regular care and regular maintenance are so thrilled with it. They feel better, they have something to look forward to. If they have aches and pains, they know they’re not that far away from getting another session.”

In addition to massages, Pavoldi and his team also offer a unique form of bodywork: the “gong bath.”

“You get those things going, and it’s sound you can feel. It’s tactile tones,” said Pavoldi. “You can feel it in your body. ...Our job is to just flood the room with sound. It’s called the gong bath. You just pack the room full of frequency and sound and vibration. Each person picks up something a little different.”

BodyWork has roughly 30 gongs, 15 of which Pavoldi said are “really enormous.” They offer private sessions at the Saratoga location, Pavoldi said, in addition to group sessions held at various locations.

Pavoldi, who grew up in Princetown, said “it’s great to be part of the fabric of this healing machine that is in Saratoga.” In addition to BodyWork’s regular operations, he also launched the BodyWork Guild, which offers classes to local therapists.

“There’s an incredible variety of practitioners in Saratoga,” said Pavoldi. “I opened up a massage school called the BodyWork Guild and offer classes to local therapists and things, because I think it’s important to offer that to the people outside of the office.”

BodyWork also offers rather unique gift certificates, ones that Pavoldi prints himself.

He took lessons in Albany, and eventually bought a Golding printing press from the woman who taught him. Now, the press lies in BodyWork’s Saratoga office, and Pavoldi said he typically goes “into print mode” during this time of year.

“This year, I hired a guy named Nigel French, who is sort of a legendary graphic designer in England, to help me with some of the designs,” said Pavoldi. “So I’ve actually got some new ones coming out that I’m pretty excited about. It’s foot-powered, and it’s got a rhythm and a cadence that is its own unique thing.”

And the company has continued to grow in the Saratoga area, which Pavoldi referred to as “a unique environment where people really do care about keeping themselves healthy.”

“I think the message of this being a way to care for yourself, something to do to keep yourself healthy … That message has been heard loud and clear by the people that are coming in and seeing that,” said Pavoldi. “And that’s been a huge part of the growth. Sort of establishing relationships with clients and helping them take care of themselves. I’ve always said it’s part of a healthy lifestyle.

“Good food, exercise, getting some body work when you need it, it’s all part of a healthy lifestyle.”