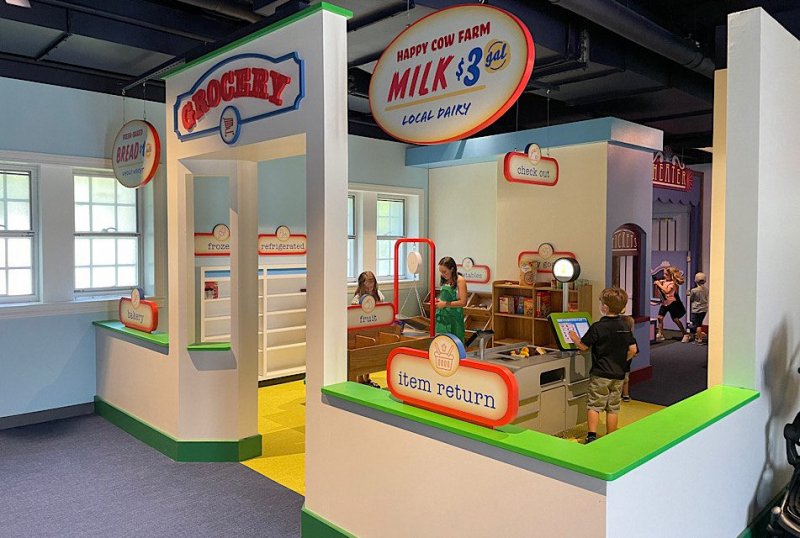 SARATOGA SPRINGS — The historic Lincoln Bathhouse in Saratoga Spa State Park has been in operation since the 1930s. Once the headquarters of the state courts and the regional park police, much of the bathhouse as remained vacant in past years, that is, until now. On July 11, New York State Governor Kathy Hochul announced the grand opening of the newly relocated Children’s Museum, marking the end of a $3.1 million dollar renovation and relocation project.

The Lincoln Bathhouse is located on Broadway/Route 9 in Saratoga Spa State Park. The recent renovations were the first major work the bathhouse has undergone in over 30 years – the result is a 16,000-square-foot facility fully renovated with exhibits for children to learn about the area, occupations, NYS history, STEM and more.

“We are so thankful to the Governor, Empire State Development, as well as our other private and public supporters for all the hard work that has gone into this project,” said museum Executive Director Sarah Smith. “At the heart of our mission is creating a space that inspires curiosity, sparks imagination, and nurtures discovery. And we think this new space, with its ability to reach more children of all developmental levels, and their families, helps foster that goal. We can’t wait to welcome everyone to the Museum as they visit Saratoga this summer.”