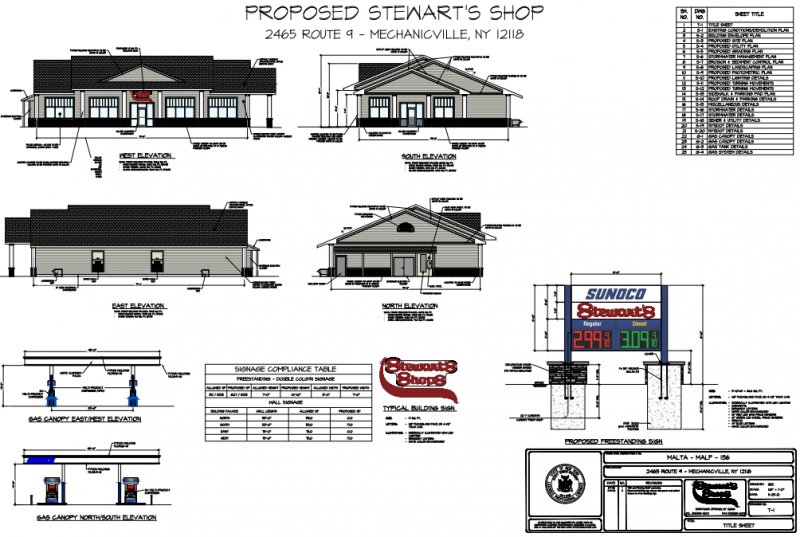 Saratoga County — Stewart’s Shops is expanding their presence in Saratoga County. The company has purchased the Sunoco station which also housed a four-bay car wash at 2465 Route 9 in Mechanicville, near the roundabouts off of exit 12 on I-87. The price was $1.2 million.

The car wash has already been demolished and a complete rebuild will begin this July with the goal to open the new store in the Fall. The new shop will have Sunoco branded gas, more room for seating and food-to-go options with pizza, meatballs, macaroni and cheese being some of the favorites.

Currently there are 53 shops in Saratoga County and 350 shops across New York and Vermont. By the end of the year there will be about 360 stores total. According to Erica Komoroske, Director of Public Affairs, the company plans to spend around $50 million on store rebuilds and renovations in 2022.

“Malta is booming and we are excited to be a part of that growth and the opportunity to finally offer gas and a new Stewart’s Shop on this stretch of Route 9 for both commuters and Malta residents,” Komoroske said.

More in this category: « Dorsey and Mikullitz Named Senior Shareholders at O’Connell and Aronowitz Julie & Co. Realty Opens New Location In Schroon Lake »
back to top