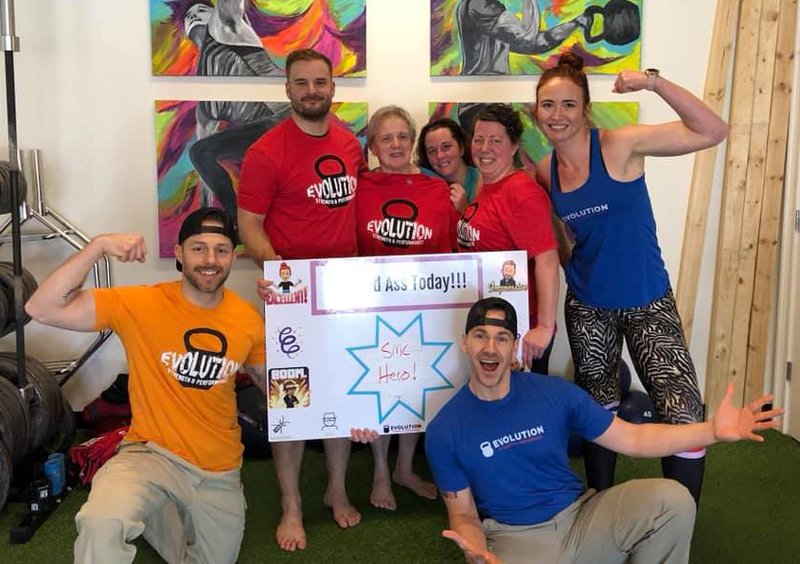 SARATOGA SPRINGS — While meetings, interviews and contact all moved online and over the phone, one fitness center aimed to move their workouts to members at home.

The strength studio called Evolution Strength and Performance announced an on-demand online portal with recorded videos on strength training, condition, core and mobility. The on-demand training concept allows Evolution members to still meet up and workout through the internet.

“This is a first…it was a goal of ours. We were going do it a year from now and we kind of had the foresight to look at what was happening and decided it was something we should do sooner rather than later,” Chris Abbott, owner of the studio, said.

Abbott said about a week before businesses closed down, the studio filmed for five days to capture video and start the online training program. Since then, the program has evolved to include classes Monday through Saturday that members can participate in.

“We are really big on community at Evolution and so initially, we started off with pre-recording coaches doing the workouts that we make for everyone else,” Abbott said. “We’re always trying to make our products better so as time went on, we decided that these were great, but we were missing the community aspect of it so we decided to start doing some live stream workouts,” Abbott said.

The 150 members can log into Zoom, a video communication service, and do the workout with five coaches.  Abbott said he has been opening the training sessions earlier so people can join in and chat, just like they would in class.

“It’s that way to get a little bit of more of that community feel even though we’re not with each other,” Abbott said.

The workout is recorded so if members don’t join in live they are able to follow the training session after. Each video is posted on their online portal so members can focus on what workout they want.

Lindsay Cruz, coach at Evolution, said online classes became an idea after trying to figure out a way to train everyone in Saratoga, if they wanted to.

“Over a year ago we were all sitting down and [Abbott] brought to us the question: if everyone in Saratoga wanted to train with us, how would we deal with that? I think that’s where the whole thought process began. How could we help everybody and if we had the opportunity to, how could we do it,” Cruz said.

Cruz joined Evolution when it first opened as a member, and now as a trainer. Currently the online classes are only available for members, but Abbott said moving forward they hope to expand to anyone who has a kettlebell at home.

Abbott created the studio in July 2017 through a love of kettlebells. A kettlebell is a cast iron or steel ball with a handle attached to the top. Abbott said he loves the kettlebell because it’s one tool for a workout. He said just like a spin bike, members could come in, grab a kettlebell and have a great workout.

“Knowing that our tool could be used anywhere was always something that was in the back of our heads,” Abbott said.

Despite having a one-tool workout, safety and proper form is something Cruz said is a priority of the studio. Even though the studio moved workouts online, Cruz said members could still get one-on-one coaching time through Zoom.

“We can critique some technique on Zoom or we have members sending us videos, so there is that one on one personal feel of a coach even through the live workout,” Cruz said.