Chris Mathiesen, Past Public Safety Commissioner, On the Continuing Crisis of Violence in Downtown Saratoga Springs 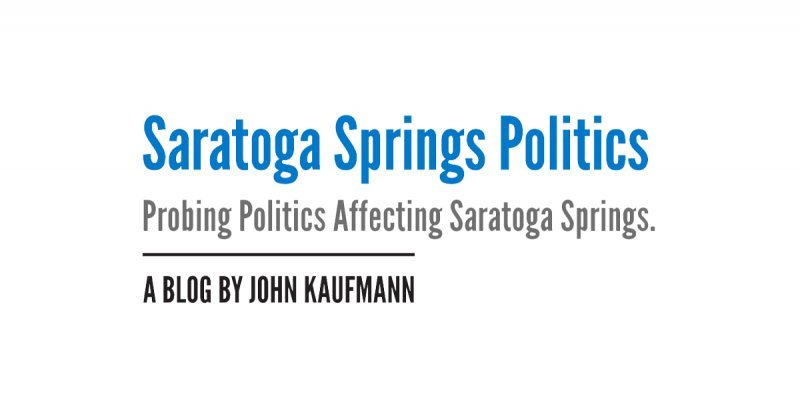 One of the problematic aspects of allowing bars in Saratoga Springs to stay open until 4AM that has not been focused on is the impact this has on the city's police department. In addition to the verbal abuse police suffer, officers are routinely placed in a volatile and dangerous situation as they try to cope with crowds of drunks in the downtown bar area. It is only a matter of time before more people, including police officers are hurt. In addition, officers who must routinely respond to the eruptions on Caroline Street are not available to quickly respond to other incidents that may occur simultaneously in other areas of the city. If this situation is not addressed, the city will find it increasingly difficult to attract and keep officers.

Chris Mathiesen served as the Public Safety Commissioner in Saratoga Springs from January 2012 to December 2017. During his time in office Chris visited Caroline Street at three in the morning to observe firsthand what was going on there. Here is a recent interview I did with him where he describes this experience.

Below is a piece Chris wrote for this blog.

It is much too early to make any definitive pronouncements regarding the November 20 shooting in the Caroline Street Nightclub District.  As this incident is fully investigated by law enforcement professionals, there will be more details to consider.  It is hoped that all injuries sustained will not be too serious and will allow for a full recovery.

It was just a matter of time.  Gun violence has become commonplace in the cities surrounding Saratoga Springs.  There was an incident in June of 2021 where a gun was discharged multiple times on Caroline, though it was assumed that no one was injured.  Other forms of violence have gotten worse in this district, with ubiquitous fist fights giving way to knives.  A stabbing took place this past summer on Phila Street.  Two fatalities occurred when individuals were punched and then suffered fatal head injuries as they hit the ground, once in 2014 and again in 2021.  There was a death in 2010 when a brawl turned into an assault by a motor vehicle.

Over the years, there have been relatively frequent incidents of altercations between police and inebriated patrons of the many drinking establishments in the nightclub district.  Usually, the incidents have occurred on weekends after midnight.  Some have resulted in injuries to police officers.  Due to the over-consumption of alcohol and other excessive behavior, Caroline Street has been out of control during late-night weekend hours for years.  It has to be observed to be believed.

The success of Saratoga Springs is stunning.  It has become a year-round destination City for weddings, conventions, meetings, and other less formal occasions.  Skidmore College attracts resident students from all over the world.  Downtown continues to thrive with numerous successful stores, offices, and businesses, while inner City condos and apartments have high occupancy rates.  Our good fortune is the result of many years of efforts on the part of those both in government and the private sector.

Success is fragile.  The success of a city like Saratoga Springs depends upon a reputation as a safe, fun place in which to live and work or to visit.  That all-important reputation is being undermined each and every weekend by the late-night bad behavior in our nightclub district.

Some improvement took place in 2012 when, after a horrific incident in the summer of 2011, the pressure was brought to bear on all parties, which resulted in better cooperation between police and the establishments.  There was more focus on the problem of over-serving alcohol to inebriated patrons and on required background checks for bartenders.  Training standards for ‘bouncers’ were enforced.  The increased presence of police officers on the street helped to significantly subdue those engaging in openly aggressive behavior.

Unfortunately, other measures proposed to help tame the nightlife problems were met with fierce resistance.  The most obvious issue has been the 4 AM last call for serving alcohol.   While the NYS SLA was supportive of our efforts in 2012 to limit the hours of alcohol sales, and the City Council did vote 3-2 to support these changes, the Chamber of Commerce and the owners of the nightclub district bars were adamantly opposed.   The County Board of Supervisors has the final say on this issue.   Our attempt to change the last call to a compromise driven 3 AM failed when that board failed to provide any support for our efforts.

Since then, both Warren County and Essex County have passed legislation shortening the hours of alcohol sales to 3 AM.  Police officials in Glens Falls and Lake Placid reported an immediate reduction in weekend calls for service.  The police officials in Lake Placid were so pleased that they were seeking a further reduction to 2 AM to reflect the last call hour in neighboring Clinton County.

It should be noted that Saratoga County is in the minority in New York State.  Most counties have last call hours of 3 AM or 2 AM, with some as early as 1 AM with more severe restrictions Sunday through Thursday.  As anyone who travels knows, alcohol in most other states cannot be served as late as in New York.  The 4 AM last call is extremely late.  In fact, the best solution to this problem would be for New York State to revisit this issue.  There is no good reason to continue granting permission statewide for bars and clubs to be serving alcohol until 4 AM.

Members of the previous City Council supported efforts to change the last call to 2 AM.  Mayor Kim and Commissioner Montagnino now seem poised to seek ways of doing so.  We should all support their efforts.

Read 1371 times
More in this category: « Exodus of Outstanding City Employees Is Troubling Kim and Montagnino Fire Back at Judge’s Temporary Restraining Order »
back to top