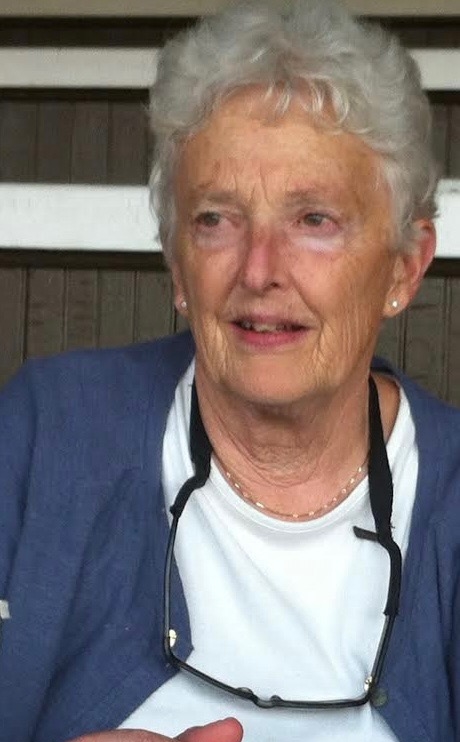 HAMPTON, NH — Mildred Green, 85, passed away on Friday April 8, 2022 at Cornerstone at Hampton. Born in Waynesboro, Pennsylvania on March 10, 1937, Millie was the daughter of the late Frederick Beisswanger and Margaret Doctor Beisswanger. After relocating with her parents to Corning, New York where her father Fred worked for Corning Glass, Millie graduated with high honors from Corning High School in 1955 and State University of New York, Albany in 1958.

Though over a lifetime, Millie was a devoted servant to many and on many fronts, she was first and foremost a mother to her four boys. Millie deeply respected her own parents, recounting stories of her father’s military service or his leadership in the union at Corning Glass or of her mother’s journey as a young girl from Glasgow, Scotland to Providence, Rhode Island. As a parent, Millie was determined to be their equal. Parenting was in her view her most important “job.” Millie taught her boys to be strong, honest, optimistic, and kind, often ending phone calls with a reminder to “brighten the corner you’re in.”

Millie’s other vocation was working side by side with her husband, John, who served as a teacher and administrator at three New England independent boarding schools, including as Headmaster of the Rectory School in Pomfret, Connecticut. At Rectory, Millie influenced more than a few of John’s most challenging decisions. She also taught English to middle schoolers, who appreciated her as much for her sense of humor as for her love of language. She served for several years as a volunteer at the Pomfret Public Library and published “A Corner of Connecticut,” a book of poems about the understated beauty of life in a small rural New England town.

Soon after their retirement from Rectory, John and Millie settled into their home in Saratoga Springs where Millie lived for the past 28 years and reunited with long-time best friends. In Saratoga, Millie was an active member of the Presbyterian Church. She audited English classes at Skidmore College. At one time or another, Millie was a member of the League of Women Voters, volunteered at the local library, and worked in the soup kitchen. In each of these venues and on her daily walks, Millie also made countless new friends, all of whom played important roles in her life.

Millie appreciated ritual and routine. Stretching and breathing exercises before dawn, a single glass of orange juice at breakfast, the Times crossword puzzle completed daily, in pen, before noon, afternoon walks in the woods with John and their dogs, singing show tunes in a whisper, as she tended to the business of the house, family dinners, the nightly news, people-watching on a downtown bench, the quiet of evening, the Daily Word. She will be sorely missed by her family and friends and by all the people who reside in those corners of the world that she brightened, every day.

Millie will be laid to rest next to her husband, John, in the Gerald B. H. Solomon Saratoga National Cemetery, 200 Duell Rd. Schuylerville, NY on Monday, April 25th at 10 a.m.

Memorial contributions may be made to Community Hospice of Saratoga, 179 Lawrence Street, Saratoga Springs, NY 12866.

More in this category: « William Gately Barbara Boyle »
back to top