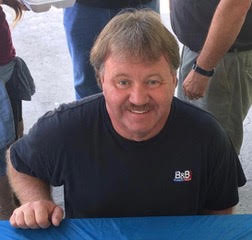 SARATOGA SPRINGS — On Tuesday, October 12, 2021, at the young age of 54, William “Billy” E. Benton, III, died tragically while doing what he loved.

He will be remembered as a loving husband, great father, son, brother, uncle, and friend. He will be missed by many. His caring heart, his bear paw shake, teddy bear hugs, creative nicknames and kisses will be cherished in our hearts forever.

Throughout his life, Billy’s smile and presence could bring light to any room. Whether Billy was a lifelong friend or someone you just met, you could tell right away what an incredible man he truly was.

Billy was a native of Saratoga Springs, graduate of Saratoga Springs High School and earned his certificate in HVAC from BOCES. Billy started his career with Freeman and Shea with Bill Wardell who was his mentor and like a father to him. He was then offered an opportunity from one of his best friends, Sonny Bonacio, to start B&B Plumbing and Heating. Throughout the last 23 years of B&B, Billy has made it the well-known and successful company that it is today, “Big Enough to Serve, Small Enough to Care.”

Relatives and friends gathered to remember him on Monday, October 18, 2021 at William J. Burke & Sons Funeral Home in Saratoga Springs.

A Mass of Christian Burial was celebrated on Tuesday, October 19, 2021 at St. Clement’s Church in Saratoga Springs. Burial followed in St. Peter’s Cemetery.

The family respectfully asks in lieu of flowers, please consider a donation to the foundation being formed in William E. Benton’s name which will support a scholarship to the HVAC program at BOCES as well as other causes that were important to Billy. For more information, please contact B & B Plumbing & Heating 518-584-4440.

Online remembrances may be made at www.burkefuneralhome.com

More in this category: « James Joseph Byrne Joseph M. Fortino »
back to top