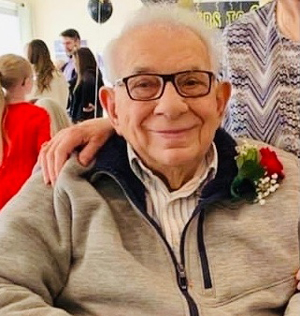 GANSEVOORT — Ciro Anthony Magliulo, age 91, passed away peacefully on Friday, April 30, 2021 at his residence in Shelly Park, Gansevoort with his family by his side.

He was born on February 16, 1930 in Brooklyn, son of the late Guiseppe Magliulo and Carmela Buono Magliulo.

Ciro grew up in Brooklyn and had numerous jobs starting at the age of 9 when he worked as a shoeshine boy. Ciro went on to operate an ice cream truck, worked as a cutter in the Garment District and as an aide at Kings County Hospital Mental Health Unit. Ciro then owned and operated a Lawn Mower and Bike Shop in Centereach, LI during the day while refinishing floors in the evenings.

Ciro was an experienced builder who built St. Andrews Episcopal Church and Rectory in Centereach, NY, which was one of his proudest accomplishments.

In 1969, he moved his large family to Lake Luzerne, NY where Ciro owned and operated Rocky Ridge Dude Ranch. He later converted the ranch into Ciro’s Restaurant and several years after that he converted the barn from the ranch into a beautiful home where he and his wife Doreen, resided for 28 years.

Ciro and his wife Doreen retired from the restaurant business and started their craft business, Mountain Lakes Pewter in 1984 and they traveled the Northeast Craft Show Circuit until 1996 where they met and made many new friends.

In 2011, they sold their home in Lake Luzerne and moved to Shelly Park in Gansevoort where they enjoyed many good times with neighbors and new friends at the Senior Center participating in pot-luck dinners, card games and other enjoyable activities.

Ciro continued to be an exceptional chef who loved to cook his homemade Italian recipes for his family, friends, and neighbors.

He is preceded in death by his daughter Linda Magliulo, and his four sisters and two brothers.

A funeral service will be held at 2:15 p.m. on Saturday, May 8, at Compassionate Funeral Care, 402 Maple Ave, Saratoga Springs. Family and friends may call at the funeral home from 12-2 p.m. prior to the service.

Due to the ongoing public health concerns of COVID-19, social distancing as well as mandatory wearing of a face mask is required.

More in this category: « Debra Carter Henry Johnson, Sr. »
back to top