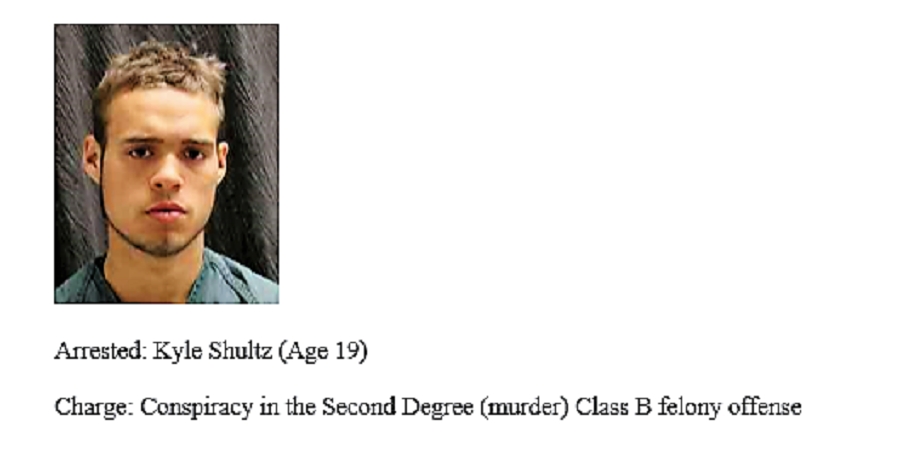 BALLSTON SPA - A 19-year-old man incarcerated on a rape and robbery charge has been accused of conspiring from his Saratoga County Jail cell to murder a potential witness in the case against him.

According to police, 19-year-old Kyle Shultz, of Hudson Falls, was charged in May 2017 with first degree rape and second degree robbery, in connection with an incident that allegedly occurred in the town of Moreau. He has been incarcerated in County Jail since that time.

A statement released by the Saratoga County Sheriff’s Office reads as follows:

The Saratoga County Sheriff’s Office received information that an inmate in the Saratoga County Jail was communicating with another to commit a murder. An investigation was conducted which led to the arrest of Shultz on the charge of Conspiracy in the Second-Degree. Shultz is accused of taking steps to plan the murder of a person familiar to him who could be called as a witness in the case pending against him in Saratoga County Court.

The pending case stems from an arrest May 16, 2017 where Shultz was charged with Rape in the First Degree and Robbery in the Second Degree as the result of a Sheriff’s Office investigation into the rape and robbery of a female in the Town of Moreau that occurred earlier that day.

Shultz was arraigned by Judge Timothy Brown in Milton Town Court. Judge Brown remanded Shultz back to the county jail. No further arrests are expected in this case.