SARATOGA SPRINGS – The city landscape is poised to look a vastly difference place in the near future as a variety of high-profile development projects draw closer to construction approval.

A good number of the projects listed below are in the Land Use Board approval phase and slated to be heard by the city Planning Board this week. A list of upcoming meetings – and in some cases, meeting agenda items - hosted by the Planning Board, Design Review Commission, and Zoning Board of Appeals, as well as the City Council may be viewed at: http://www.saratoga-springs.org/.

Ten new buildings, a five-story hotel, more than 400 residential units and nearly 30,000 square feet of retail space may soon rise from the rural landscape of the city’s west side, adjacent to the Saratoga Springs train station.  A special use permit and a site plan review for the mixed-use development are being sought for the project. Two separate yet adjoining proposals have been submitted.

The Station Park project calls for two buildings to be dedicated as a mixed-use space with each building housing 36 residential units, and a total of 22,000 square feet of retail space. The 72 residential units would be for-sale condominiums. Additional development would include two buildings - each providing 57 units for senior housing and 33 units for senior assisted care, a 110-to-120 unit five-story hotel and spa, a pool and fitness center, and a free-standing building with an additional 6,200 square feet of retail space. Nearly 600 parking spaces would span across the location to cater to residents, retail workers and shoppers.

The second proposal, submitted by the Missouri-based Vecino Group seeks to develop one three-story building and three four-story buildings to stand just east of the Station Park proposal and near the Washington Street post office. The 160 apartment units contained within the proposal seem to fall in “workforce,” or “affordable” housing categories. 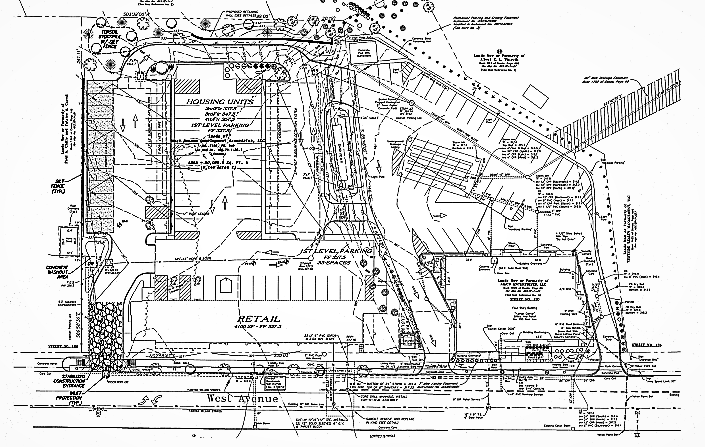 A proposed 6,400 square foot emergency homeless shelter is slated to be sited on Walworth Street, adjacent to the Shelters of Saratoga. Most recently, an appeal filed by nearly two dozen residents in opposition to the building of a permanent Code Blue emergency homeless shelter at that location was rejected in a 7-0 vote by the city ZBA. The project is seeking a special use permit for a neighborhood rooming house within the Urban Residential District.

The long-standing horse atop the Saratoga Diner on South Broadway has been removed for safekeeping and a proposal under consideration would see the demolition of the diner and the development on the three-acre parcel of 110 single and two-bedroom “affordable” apartment units, two floors of commercial space, and a new business incubator collaboratively partnered by Saratoga Economic Development Corporation and Saratoga CoWorks.

It is anticipated new construction will start next spring and the structure operational by the summer of 2019.

The project at the southern gateway to the city would include 46 one-bedroom units and 64 two-bedroom units, 7,000 square feet of retail space on the ground floor, 4,000 square feet of service establishment space and a 7,500 square-foot food beverage or brew pub, which will act as a visible anchor on South Broadway.  Streetscape improvements will include street lamps, landscaping, and a total of 273 parking spaces for resident and commercial parking uses. The second floor will house 17,000 square feet of commercial space where two new tenants are expected to join SEDC’s 10,000 square foot “incubator,” a flexible co-working space to be inhabited by a rotating group of entrepreneurs and early-stage growth business teams.

The historic building on Washington Street, constructed in 1871, is seeking a site plan approval. Plans call for UPH to close for renovations this fall and re-open one year later as an acoustically perfect theater-in-the-round showcase that will hold about 750 people.

Preliminary plans call for the development of a five-story condominium building to house 30 units with 70 total bedrooms to be located at 120 Henry St., on subdivided land adjacent to the Four Seasons market.

The Skidmore College dormitory commonly referred to as the “pink palace” has been demolished and the construction of The Residences on Union Avenue is in full swing. The five-building residential property with on-site parking will feature one, two and three-bedroom residences priced from $689,900 to $895,500 and are planned for occupancy by March 2018. 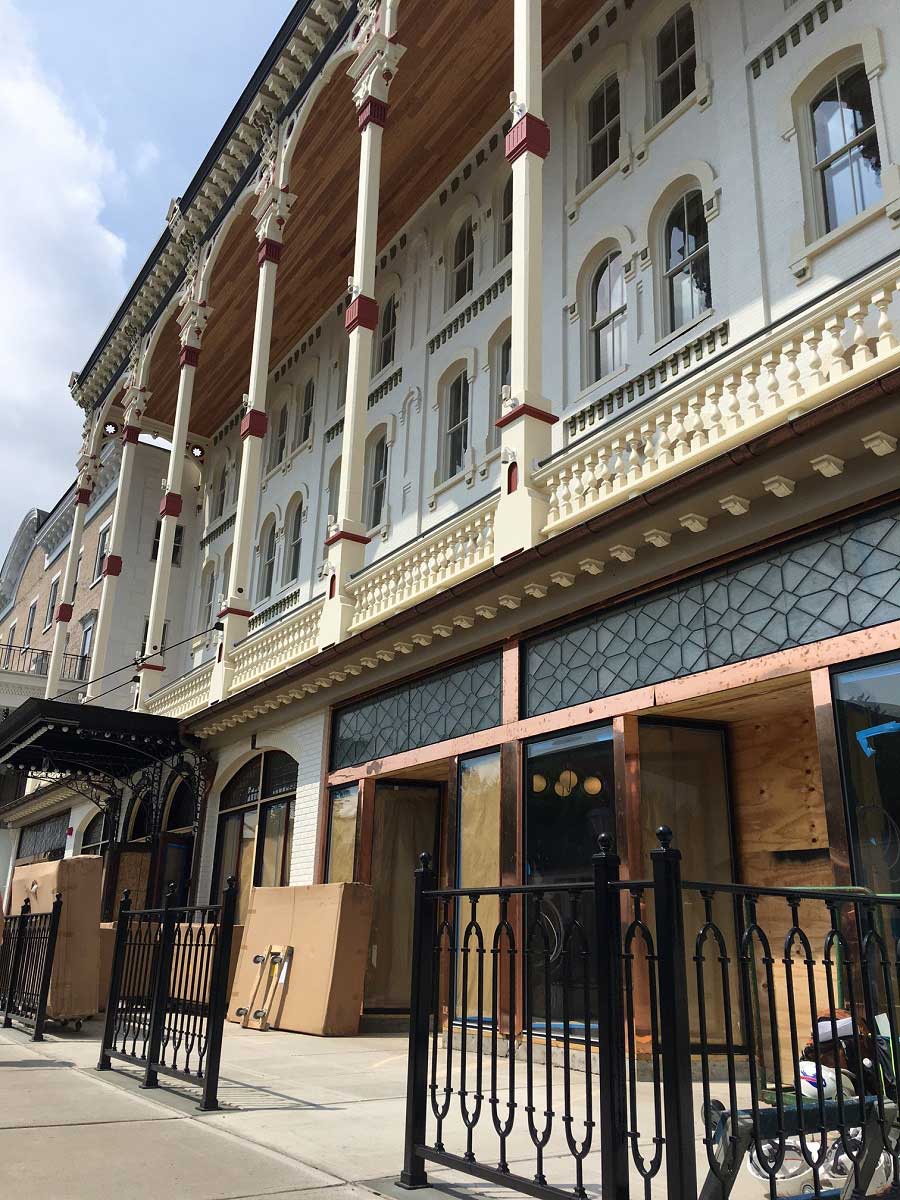 Richbell Capital purchased the building in 2012 for $4.5 million, and early renovations estimates ranged from $6 to $7 million. Five years later, that restoration cost is now about $30 million – offset by the use of state and federal rehabilitation credits. The date targeting the re-opening of the renovated 32-room luxury boutique hotel on Broadway has been delayed numerous times. The most recently scheduled opening was set for July 1, but this week laborers continued to work on the project.

Mildé could not be reached for comment. The July 10 issue of the Albany Business Review quoted Mildé as saying he anticipated opening the doors of the historic hotel during the second week of August.