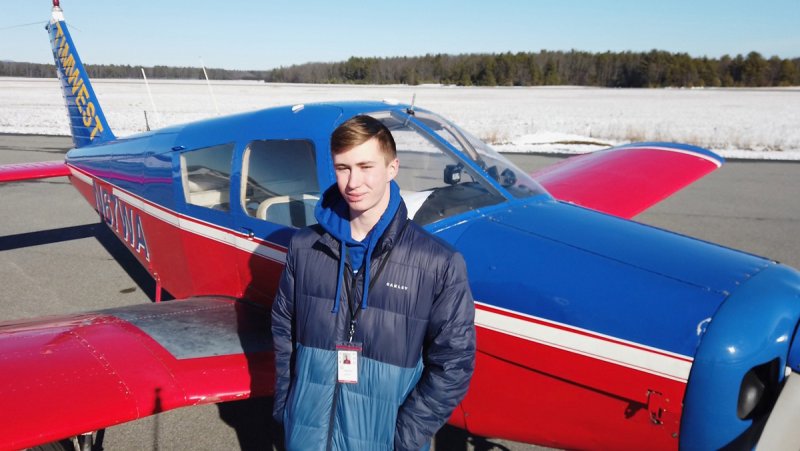 ALBANY — Kevin Tully celebrated his 16th birthday on Jan. 15 by flying over the Capital Region and in the process of doing so, was for the day, America’s youngest pilot.

Tully has been flying glider planes out of the Saratoga County Airport since he was 12 years old, thanks to the Adirondack Soaring Club - which has a low-cost pilot training program for kids under the age of 18 years old.

At 14, Tully was issued his FAA student pilots license and has piloted a glider plane as high as 10,000 feet over Saratoga County by himself; a year later he was flying a powered plane alongside an instructor - accomplishing the tasks necessary to fly a plane without an instructor upon reaching the FAA minimum age of 16.

On his 16th birthday, last Sunday, Tully took to the skies in a Piper Cherokee airplane - from the Capital District Pilots Association, to fly from Albany Airport over Niskayuna High School where he is a sophomore, and north to Saratoga County Airport, before returning to Albany International Airport.

More in this category: « First-Of-Its-Kind - Affordable Housing in N.Y. Wellspring Names Six New Members to Board »
back to top