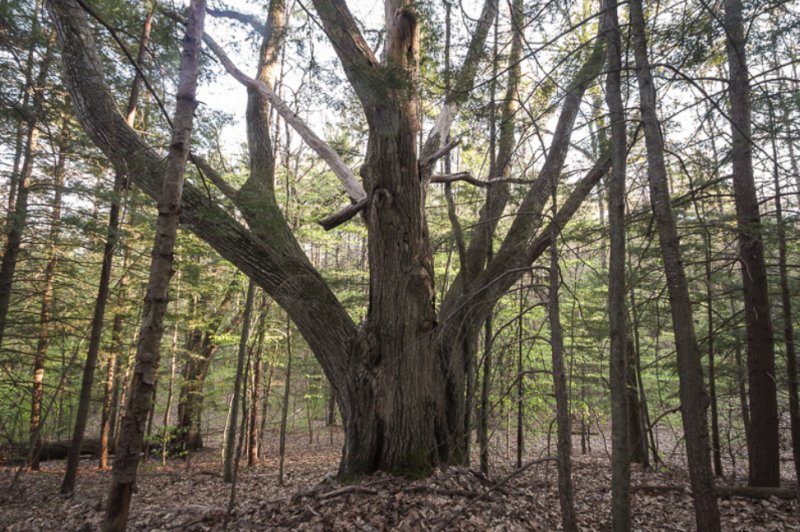 CORINTH – Saratoga PLAN has received a donation of 127 acres from The LeClair for the Curtis Preserve, located in the town of Corinth.

In 1986, Patricia LeClair and her husband built a house on nine acres of land in Corinth purchased from neighbors Jack Curtis and Mary Curtis. Jack, Mary’s brother, was an old friend of Patricia’s husband. Over the years, Mary and Patricia became close and Patricia frequently walked in the woods that spread across both the LeClair and Curtis’ properties. After Jack and Mary passed away, the Curtis’ property was left to the LeClair family.

Patricia LeClair held on to an article about Saratoga PLAN for many years and after thinking about how important land preservation was, she decided to donate 127.5 acres of her land to Saratoga PLAN.

The donated property is mixed forest dominated by red oak, white pine, eastern hemlock, pitch pine, and American beech. The forest has been growing since the 1930’s, or earlier, and the property has a history of agricultural land use and timber harvest, creating a unique educational opportunity for forest management and succession. Today the property is 100% forest cover with a peaceful brook running through the property offering cool, shaded areas for wildlife to rest during the increasingly hot summers.

The Curtis Preserve exhibits key linkages in wildlife habitat connectivity at the edge of the Adirondack Park. The now permanently protected property is also close to potential development threats on the Route 9N corridor.

The Curtis Preserve will be closed to the public apart from the existing S85 snowmobile trail that runs on the gravel road along the southwest border until a detailed management plan is developed. Preserve management plans follow the purpose and priorities of conservation, encouraging biodiversity, education, and research in balance with public use.

Saratoga PLAN is a nonprofit land trust that preserves the rural character, natural habitats, and scenic beauty of Saratoga County so that these irreplaceable assets are accessible to all and survive for future generations. The gift was also made possible by Saratoga County’s Farmland and Open Space grant, where monies were used to pay transaction costs, and from the Nature Conservancy’s Resilient and Connected Network grant which will help with future stewardship needs for the land.

More in this category: « Nov. 29 Virtual Presentation: “A Taste of Saratoga: Restaurants Then and Now” Catholic Charities Hosts 27th Annual Saratoga Festival of Trees »
back to top