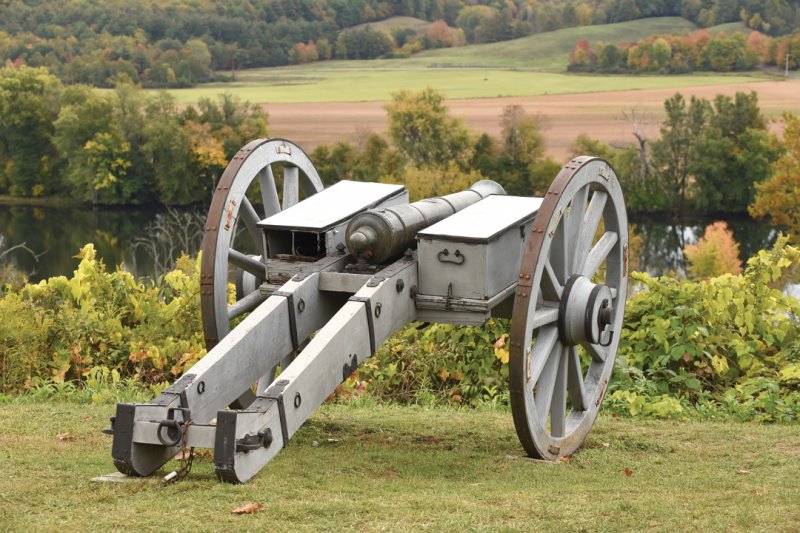 BALLSTON SPA — Saratoga is preparing for a multi-year celebration to commemorate the anniversary of the American Revolution that is anticipated to both - raise local educational awareness, and provide a financial stimulus for communities across the region.

“This is going to be a big deal. It’s a huge opportunity for the county. We’re going to ensure that it’s a big deal and the county and the surrounding communities are going to benefit from it,” says Todd Kusnierz, supervisor of the town of Moreau and chairman of the Saratoga County Board of Supervisors.

The American Revolution – in which Saratoga County played a significant role - will be observed as a 250th anniversary commemoration across the country from 2025 through 2033. Federal and state anniversary commissions have been or are in the process of being created. Two weeks ago, the county Board of Supervisors adopted a resolution to establish the Saratoga County 250th American Revolution Commission.

“Two key aspects of this effort are the educational impact, and the economic impact,” says Kusnierz. “We will involve schools and teachers to help encourage them to educate our children on the events that took place right here in our own backyard, and the importance it had on the world. The other component is the economic impact that this will have on the county. We estimate tens of thousands of visitors, including international visitors, will come in to our county over the course of this celebration – especially in 2027 – and that will have a major impact on our local economy. Cultural and heritage tourism is a key driver of tourism dollars. “

The Battles of Saratoga – which took place in September and October 1777 - were a turning point in the Revolutionary War, resulting in the surrender of the Army of British General John Burgoyne to American General Horatio Gates following the success of the Americans at the Battles of Saratoga,

Wood, along with Kusnierz and Stillwater Supervisor Edward Kinowski are part of the 13-member commission – a number chosen in honor of the 13 original colonies. Additional members appointed to the commission by Kusnierz include Saratoga County Historian Lauren Roberts, and persons representing county education, veterans’ services, the Saratoga National Historical Park, and others. The Commission will be active through the end of the calendar year 2033. Members of the commission will receive no salary or compensation for
their services.

“Although the big events happened here in the town of Saratoga, and in the town of Stillwater, we want this to be a county-wide celebration, to involve all of Saratoga County,” Wood said. “There were Revolutionary War things that happened throughout the county and those will all be integrated into the celebration, and we’ll also will be communicating with other counties, as they likewise will be creating Revolutionary War 250th anniversary commissions.”

Varying themes will be established for each year of the anniversary to enable other historic sites and groups in the county to plan events in conjunction with the themes. The commission will also coordinate with both state and federal revolutionary war commissions recently established to help mark the national milestone, Kusnierz says.

“The focus will be on the anniversary of the Battle(s) of Saratoga – that was the turning point of the American Revolution, and dare I say one of the most influential battles in world history.  That celebration is going to take place in the fall of 2027. Obviously, this is a big event and we wanted to get the ball rolling.”

The county will be investing funds to help organize and publicize events, and the Board will begin discussing its level of investment in the fall when the 2022 budget process gets underway. State and/or federal funds may also play a role. The county will also look to form a non-profit that to collect donations that may also be used to help with the events and celebrations, Kusnierz added.