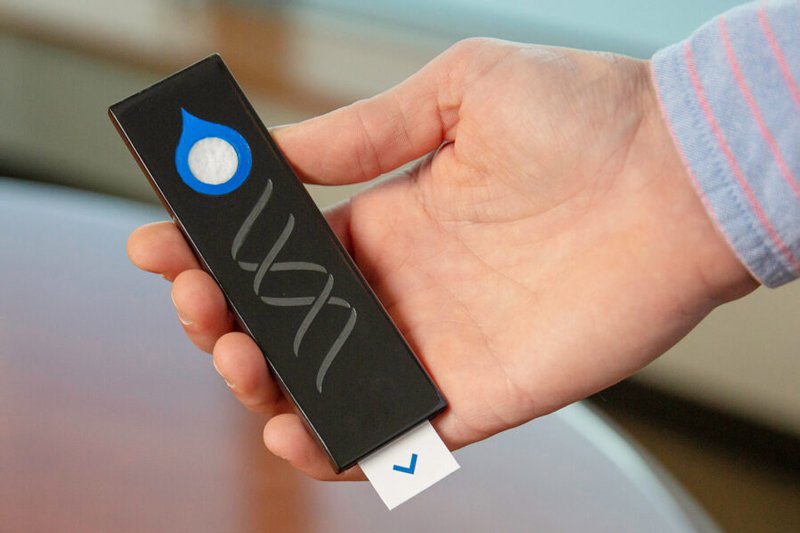 Photo courtesy of the Wyss Institute at Harvard University.

SARATOGA SPRINGS – A Harvard Scientist and 2002 graduate of Saratoga Springs High School has been making headlines introducing the idea of antigen tests for at-home almost daily use.

Michael Mina, of Greenfield Center, is an assistant professor of epidemiology at both Harvard Medical School and the Harvard T.H. Chan School of Public Health. He argues the do-it-yourself test can be as effective as a vaccine at interrupting COVID-19’s transmission.

“They can effectively be akin to a vaccine that was introduced tomorrow,” Mina said to the Harvard Gazette last week. “We keep trying to use these diagnostic tools that just tell us what’s going on [with an individual] once every couple of months when they may be tested. It’s doing nothing to stop transmission chains.”

A rapid antigen test is a diagnostic test that detects the presence or absence of an antigen and can be produced for less than one dollar. Although they’re not as accurate as current diagnostic tests, Mina said they are effective at detecting virus when a person is most infectious.

“COVID tests can actually be put onto a piece of paper, very much like a pregnancy test. In fact, it's almost exactly like a pregnancy test. But instead of looking for the hormones that tell if somebody is pregnant, it looks for the virus proteins that are part of [SARS-CoV-2] code to virus,” Mina said in a radio interview with NPR.

He added: “when we're thinking about this virus and the control mechanisms that we have to deploy to be able to contain the virus at the community level, then controlling spread of the virus is priority number one. You want to stop people from spreading it to others. And the only way to really do that — we have masks and we have social distancing, and we've already shut down the economy. And these are extremely important pieces to really deal with the outbreak as it's emerging and to continue going forward. But we found that it's actually quite difficult to get everyone to wear masks and social distance.”

According to the Harvard Gazette, the current tracing and testing strategy uses a high-accuracy, laboratory-processed test aimed at detecting individual infections. However, the high cost and slow turnaround time of the test makes it difficult to achieve the broader goal of stopping transmission of the virus. Mina estimated that the nation’s current testing strategy probably catches less than three-percent of cases early enough to affect whether a person transmits the virus. But as long as those testing positive stay home, a cheap, at-home testing regimen has the potential to provide a kind of artificial herd immunity, interrupting enough transmission nationwide to cause the pandemic to stall.

On how rapid testing would help normalize life during the pandemic Mina told NPR: “the way that this would work is that instead of a vaccine which uses your immune system to effectively stop you from transmitting to other people by preventing you from really getting a high viral load, these tests can fill in that gap by giving you knowledge about your status.”