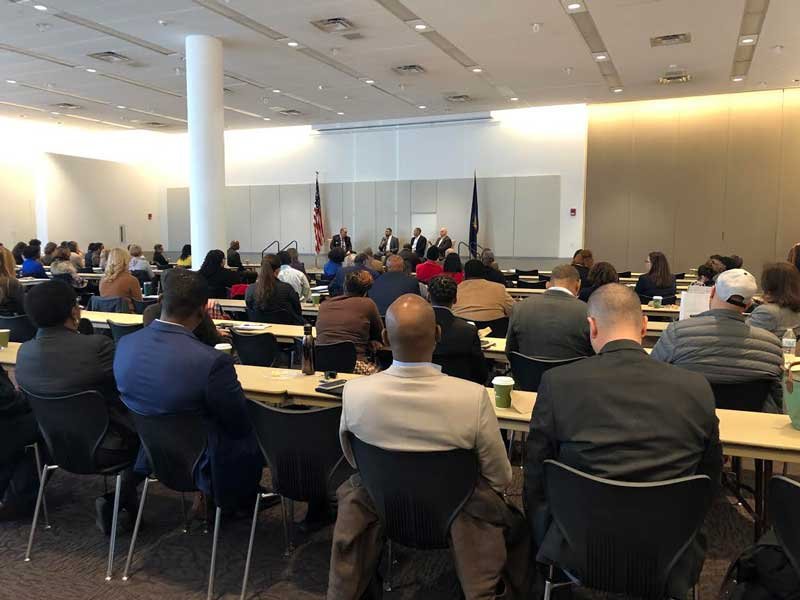 Attendees of the MWBE’s Forum during a panel discussion on technology. Photo by Veronica Zabala.

SARATOGA SPRINGS — On Wednesday, Jan. 29, the City Center hosted the Future of Minority and Women Owned Business Forum. The all day event featured a networking breakfast, a panel on local government’s involvement in the success of minority and women owned businesses, how to embrace technology, how to access capital and a workshop to make professional business cards, headshots, capability statements, consulting services and more.

At the forum, there were representatives from local city and county governments including Nikita Hardy, an Affirmative Action Manager for Schenectady County. “I work closely with the city and try to leverage all of the resources the county has for not just small businesses, but for minorities and women as well,” she said. “The turnout here is great, which really shows that we have a need in the community.”