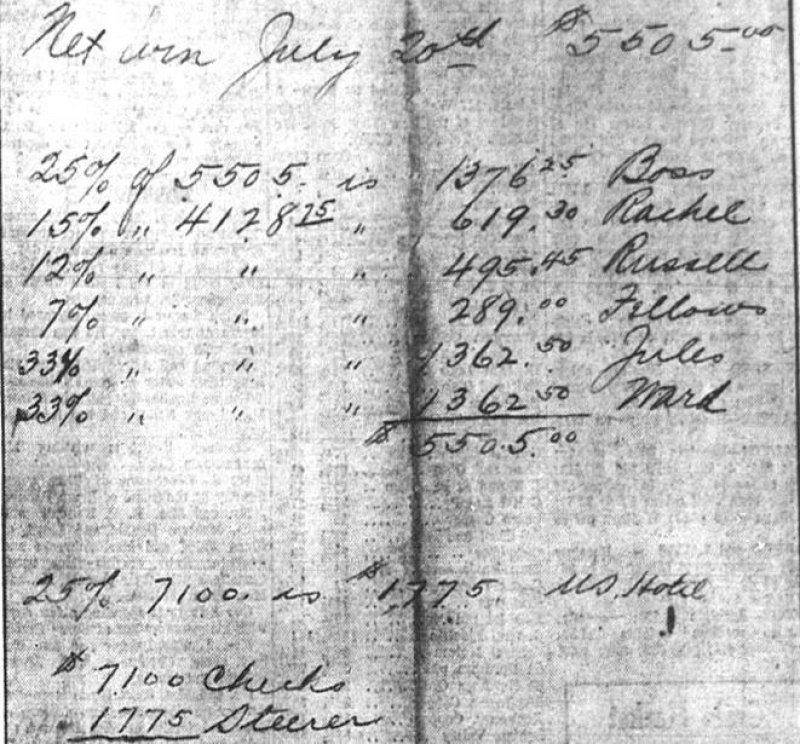 On May 11, 1921, Saratoga County District Attorney Charles Andrus stood before Justice Henry Borst at the courthouse in Ballston Spa for the start of a criminal trial. It must have been a strange feeling that day for Andrus because unlike countless other times before the court, this time the District Attorney was seated at the defendant’s table. He had been indicted on charges of neglect of duty, bribery, and corruption. His trial would be extraordinary on many levels.

To begin with, Andrus was being prosecuted by Special Deputy Attorney General Wyman Bascom, appointed by Governor Alfred Smith. Bascom was assisted by former New York State Senator and longtime republican power broker in Saratoga, Edgar T. Brackett. Brackett had once been the attorney for the “Prince of the Gamblers,” Richard Canfield. He was now firmly in the anti- gambling camp and a bitter political enemy of Andrus.

Andrus was defended by attorney William Fallon. Known as “The Great Mouthpiece,” Fallon specialized in obtaining acquittals for his clients (usually through bribing jurors) and was the attorney for the notorious gangster Arnold Rothstein.

Among the witnesses against Andrus were low-level gamblers and associates of Arnold Rothstein, Cornelius Fellows and Benny Russell who both were partners of Rothstein in the gambling at the Arrowhead Inn near Saratoga Lake.

Fellows and Russell, along with a local man named Jules Formel and a New York City gambler named John Ward were partners in a gambling venture with Rachel Brown at 210 South Broadway in Saratoga Springs in July 1919. After spending the summer of 1919 gambling in Saratoga Springs, Rachel Brown headed over to Chicago and got mixed up in the notorious “Black Sox” Scandal in which several Rothstein associates, including Brown, were indicted for trying to fix the World Series.

On July 27, 1919, the game at 210 South Broadway had been raided by police. The following afternoon, Rachel Brown and his friends made a trip to the police station and stole the evidence from one of the jail cells with the help of police sergeant Edward Carroll. Three weeks later, police raided another game on Circular Street and seized back some of the evidence that had been stolen from them. Within six months, Sergeant Carroll was promoted to Chief of Police. All this prompted Governor Smith to appoint Bascom and his investigation led to the charges against Andrus who was apparently mixed up with the gamblers at 210 South Broadway.

During the trial of District Attorney Andrus, John Ward testified that he, Formel, and Russell had met with Andrus in the spring of 1919 and had received approval from the District Attorney to open up. He further stated that Andrus had been paid over $2500 in protection money for the gambling at 210 South Broadway during the summer of 1919 before the raids put an end to the operation.

Wyman Bascom attempted to introduce a ledger into evidence that showed the payoff for one night’s gambling at 210 South Broadway. Ward did not need the paper to explain the payoff system. The top line showed that twenty-five percent of the night’s take was to be given to “The Boss.” The remaining split of the profits was; thirty-three percent each to himself and Formel, fifteen percent to Rachel Brown, twelve percent to Russell and seven percent to Fellows.

Other witnesses testified that Andrus was upset that Formel had made $3800 in payoffs but still owed $4000 and therefore had orchestrated the raids in 1919 and that Brown once held up $4300 and yelled “This is for the District Attorney!” in a crowded gambling den. Andrus had negotiated a settlement between Russell and Formel when Russell backed out of the plan, and open gambling had been allowed by the District Attorney in no less than fifteen places throughout the city, including one practically next door to Andrus’ office on Broadway.

Andrus never took the stand to deny the specific allegations and his lawyers never bothered to deny them either. Rather, the defense merely claimed that it was the job of the police to make arrests, not the District Attorney, and that the whole investigation was politically motivated.

In response to the good news, some of Andrus’ supporters rioted in celebration. Racing up and down Broadway, pulling fire alarms, vandalizing the porches of citizens who supported the prosecution, and lighting a fire on the front lawn of Senator Brackett while breaking out the windows of his home. In true Saratoga fashion, seven months after his acquittal, Charles Andrus was re-elected to the office of District Attorney for Saratoga County.