SARATOGA SPRINGS – A director discusses the specifics of scene D-14 with his actors and crew, stressing that 5-6 shots will be needed. Meanwhile, a short ways away on the set, other actors patiently wait on their marks, going over their lines and directions for the upcoming shots. All the while, the cast and crew eagerly await the completion of the last few shots so that can finally take their lunch break for the day.

But this film set is not in Hollywood, or somewhere else far off. It’s right here at the Saratoga Springs Public Library (SSPL). And that cast and crew is not made up entirely of film industry professional. Rather, it is composed of local students, learning about film production for a good cause.

Filmmaker Mike Feurstein returned to the Saratoga Springs area for a five-day film residency as part of the Don’t Wait to UnMake a Bully program, a partnership between his How to UnMake a Bully program and Lisa Bradshaw’s Don’t Wait Project. Through the program, Feurstein works with students in districts nationwide, using roles on a film set to teach them about treating others with respect and how to avoid being a bully. After the in-class lessons, students take what they learn and use their new skills to help produce an anti-bullying PSA. This most recent residency ran from April 17-20, with filming at the library taking place in the last three days.

“We meet the classes for the first time on a Monday and talk about bullying, kindness, citizenship, digital citizenship, cyber security, and things like that for the first 45 minutes,” Feurstein said. “The second 45 minutes is learning how to make a movie, and we learn all the roles, and I tie the roles into civic responsibility. So the sound guy is a good listener, and the director is a good leader as well as a good listener. So we tie in the jobs of a movie set to how you should e behaving in a civilized society.”

This is Feurstein’s second time working with students on a project in the SSPL, having worked there for the first time two years ago. This year, he is working with students mostly from the Saratoga Springs City School District, as well a few from South Glens Falls and Burnt Hills. The short film that they came up with has an appropriately library-inspired theme, with villainous characters coming out of various books and possessing the bodies a various children, causing them to act like bully.

“The Queen of Hearts is acting all boisterous and bossy,” Feurstein said. “And the Wizard of Oz is acting boastful”

According to Youth Services librarian Kali Nagler, the film will premiere to the families of the students and the public in a special screening on June 15, and in the fall, they will feature the film as part of a planned anti-bullying awareness day alongside the first film produced in 2015. The film will also be shared on Feurstein’s YouTube channel, “Unmaker Mike.”

“I think a lot of them are learning that making a movie is hard work,” Feurstein said. “And it’s collaborative, they have to work together, they have to listen.”

SARATOGA SPRINGS – As the sun begins to shine longer each day, there is a changing mentality at Saratoga Springs High School.   Spring sports have started and the Boys Lacrosse team is eager to get some grass beneath their cleats.  With the first scrimmages beckoning the end of a long off-season, coach Joe Hayes is confident his team will get off to a strong start this year.  The first scrimmage of the season will take place on Saturday March 25 on Shenendehowa’s turf field.  Face-off will take place at 10 a.m.

The team finished their season last year breaking even with a record of 9-9, and like any team the Streaks will look to best those numbers this year.

“This year we have a winning mentality,” senior Dylan Honis, four-year attackman for the Varsity squad, said.  “I expect a better record than 9 and 9”.

“Something that’s hurt us in the past has been our ability to hold and possess the ball,” captain Griffin Taylor, a senior said. “This is the time of the year we go back to the basics and create a good foundation to build off.”

The team worked with Peak Performance in the offseason, doing conditioning and metabolics twice a week under a professional training regimen, leaving the team extra preseason time to work on fundamentals, according to Honis.  The first scrimmages this weekend will serve as a kind of warm-up where the team can wiggle out their jitters, vet their problems, and see what they are up against.

“The scrimmages will definitely help in getting younger guys ready for Varsity level competition,” Hayes said.

“Were coming in hot from the offseason,” Taylor said.  “Even though some guys haven’t picked up sticks in a while, it’s nothing passing drills and some good practices won’t fix…. In our Scrimmage this week we’ll look to make better connections on our passes and play smarter lacrosse”.

“As far as the scrimmages go we certainly have a lot of work to do,” said Honis  “We lost some key Seniors last year.”

Carrying a younger roster this year than pervious years on account of fewer returning players, the team will miss last year’s graduates like attackman Justin Degener, left-handed attackman Wyatt Christy, and midfielder Jack Hardy.   Younger players will step up and fill the holes, according to Honis, who mentioned promising sophomores and juniors on the team like Ryan Flatley, midfielder Andrew Lipscomb, and left-handed attackman Matt Shamberger.

“I’m excited to see Cam Stuer and Will Fox stepping up to the plate this year,” captain and defensive long-pole Greg Polmatier said.  “I expect to see them get a lot of playing time this season.  When everyone shakes off their nerves, I think we’ll be left with some really talented players”

“This year our mentality is different,” he said.  “We know we can do it.  We’re going to go into games knowing we can dominate and win.  Then we’ll see where we can go from there.  The phrase winning mentality keeps echoing from the field.  We’ll have to see if that mindset is enough to earn the boys a winning season.“

Saratoga Regional YMCA Stages Annual Campaign Party for A Cause

Funds raised will support the YMCA’s ability to  help those in need through programs such as teaching kids and adults how to swim, helping cancer survivors regain their strength in the LIVESTRONG at the YMCA program, and providing membership for those unable to pay for a membership, according to the organization. 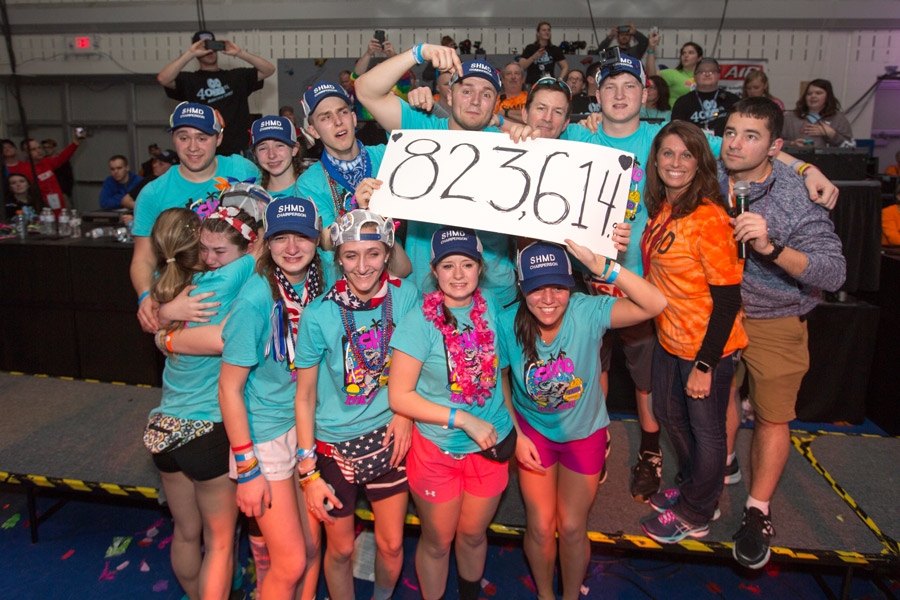 GLENS FALLS – South Glens Falls High School put on an appropriately impressive show for its 40th Annual Marathon Dance.   Over the course of 28 hours from March 3-4, the school raised $823,614.91, beating its 2016 record by over $61,000.  All the money raised at the event goes to in-need families and community organizations.  The dance was dedicated to the memory of the late State Trooper Timothy Pratt, who took part in the dance as a student, and always volunteered in the years after.