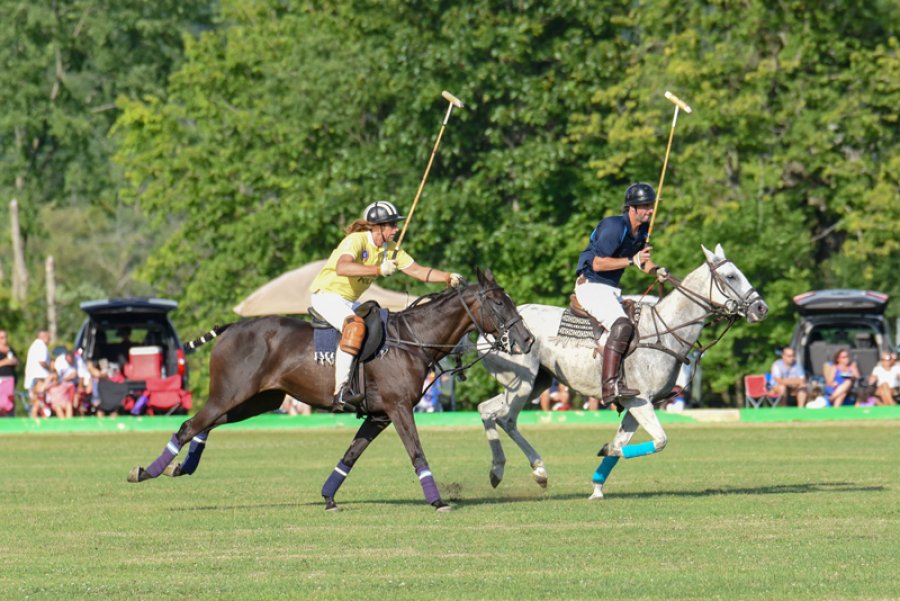 SARATOGA SPRINGS — Whitney Field, located at 2 Bloomfield Road in Saratoga, the 2019 polo season runs every Friday and Sunday July 5 – September 1. The gates open at 4 p.m. and matches at 5:30 p.m.

With over 120 years of history at the local grounds, fans new and old are treated to full panoramic views of the exciting matches and fast-paced action with some of the best polo teams from all over the world.

The 2019 Season has upgraded the Clubhouse experience with new table seating on the Veranda Club with full-service dining and field-side lounges. The Telescope Casual Winners Circle Lawn Terrace and Gazebo have been re-designed with food trucks and picnic tables and trophy stage for a party celebration experience.

Guests can also pack a picnic basket and enjoy the evening’s entertainment while tailgating with reserved spaces and NEW Clubhouse tailgating. This family favorite gets you close to the action in a casual setting – even the dog is welcome to attend!

Saratoga Polo Association is located at 2 Bloomfield Road in Greenfield Center. 518 583-4145. To learn more or buy tickets, go to saratogapolo.com.

• August 4: The Whitney Cup Tournament
Independent Helicopters delivers the trophy to the field!

• Every Match: Try your hand at a Veuve Clicquot sabrage at every match

Tickets, tables, and tailgating spaces are going quickly… buy your tickets online at saratogapolo.com/tickets to join in the fun at every match, every day, the Saratoga Polo way! 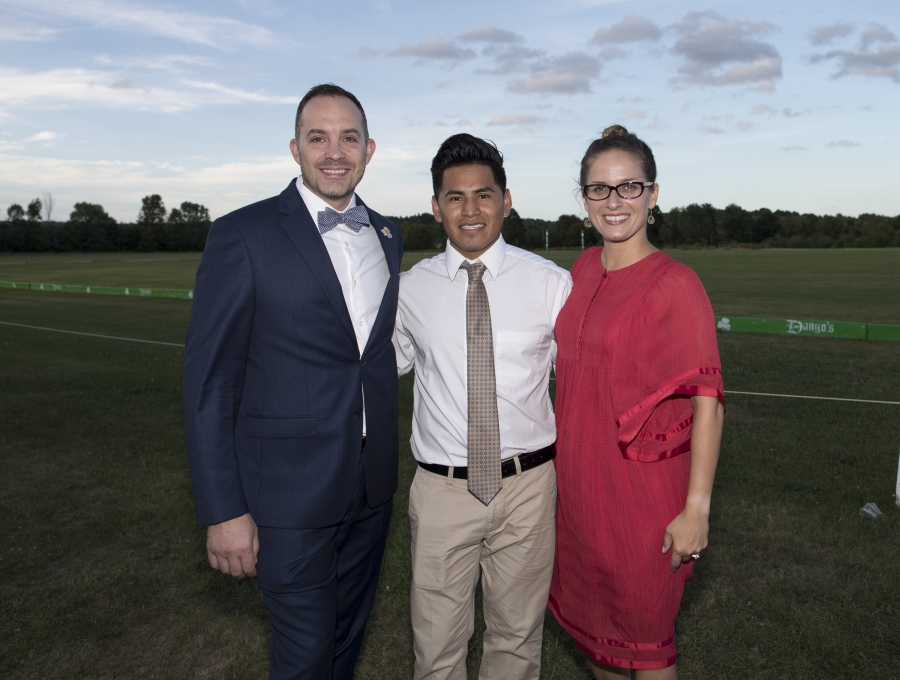 “Anne’s greatest passion was building endowment for financial aid, which she saw as the most effective way to make a college education accessible to all students,” said Dr. Philip A. Glotzbach, President of Skidmore College.

The fund supports financially eligible juniors and seniors whose outstanding academic records and co-curricular service exemplify the unique contribution that the Palamountains have made to Skidmore College. The fund has enabled hundreds of students to attend and graduate from Skidmore. Skidmore alumnus, Eleuterio “Ele” Martinez Ramirez, class of 2018, is the fifth Anne T. Palamountain Scholar Award recipient. In 2008, Ramirez made the difficult choice to leave his family and community in Oaxaca, Mexico because of political violence and lack of educational opportunities to pursue a better life. When he came to Saratoga Springs at age 14, Ramirez did not speak English. He worked for two years before deciding that he needed to resume his education to meet his goals in life. He was accepted into Skidmore’s Pre-College Program while he was a senior at Saratoga Springs High School. Ramirez, who graduated in May from Skidmore with a major in math and minor in physics, plans to pursue a career in engineering. He completed a summer internship with General Electric in his sophomore year, and last summer he went back to his hometown in Mexico to teach young students photography skills. This summer he will go back to teach math and computer skills to students at his childhood school, truly following Anne Palamountain’s example of always giving back to the community.

“Behind every success, there is hard work and sacrifice. My time at Skidmore College has been a hard journey, but thanks to my mentors and professors, and to self-motivation, I am where I am today,” Ramirez said.

Ramirez’s plans to teach young students in his hometown will be supported by funding he received from a SEE-Beyond Award from Skidmore, which will bring much-needed resources to his community and allow him to significantly improve the education offered to students. SEE-Beyond Awards invite students to apply their academic learning to realworld challenges and aim to help them clarify the interrelationship between their educational and post-baccalaureate goals.

“I have not forgotten my roots and the need to give back to my community in Oaxaca, Mexico. I give my most sincere thanks to Anne Palamountain and all who have contributed to the Palmountain Scholarship Fund for these great opportunities that I have had at Skidmore College,” Ramirez said.

The 2018 Polo by Twilight event began with a reception and The Palamountain Cup Polo Match, followed by a silent auction and a gourmet dinner prepared by Skidmore College’s award-winning chefs. For more information, visit skidmore.edu/palamountainbenefit.

SARATOGA SPRINGS – The Saratoga Polo Association kicked off its 2017 Tournament season on July 7 with an exciting day of competition in front of a sell-out crowd. Alan Edstrom, director of sponsorship and events for Saratoga Polo, said that while there is not currently an exact attendance number, it must have been around 2,500-3,000 for it to be a sellout crowd. This was all followed by the second day of the season on July 9, which still drew a huge crowd, albeit one just short of another sellout.

The first day of competition notably featured National Interscholastic Polo champions Hannah and Olivia Reynolds, 17 and 14 years old respectively, in competition. On the second day, a team from downstate was bussed in from Pine Plains to compete. According to Edstrom, two of the players on this team were six-goal handicapped, a considerable ranking in polo. Edstrom further elaborated that polo players can be ranked as high as 10-goals, although players with the highest handicap are considered rare.