Grace O'Reilly: Athlete of the Week 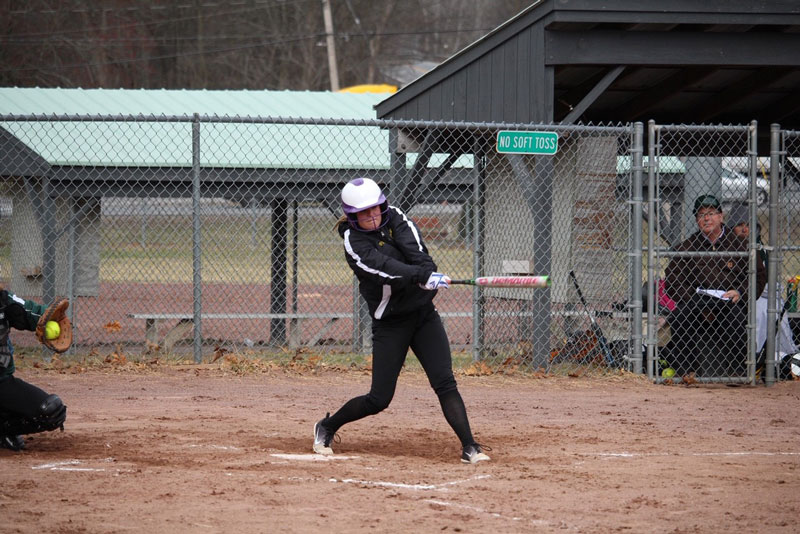 SARATOGA SPRINGS — Saratoga Catholic’s Junior athlete Grace O’Reilly takes the values instilled in her at home onto the playing fields.
“I grew up in a family of three kids…both my parents played sports in high school. It’s in the family,” said O’Reilly.
O’Reilly participates in cross-country, track and field, volleyball, basketball and softball. Her father is also the Varsity coach for Spa Catholic’s softball team, of which both O’Reilly and her sister are players for.
Sometimes being the coach’s kid isn’t easy as the standards her father sets for her at home are also expected of her on the field.
“He (her father) knows me at home, so he knows the potential I have in the sports that I play, so he pushes me that much harder,” said O’ Reilly. “He does it with my sister, also. He knows our potential and he wants us to succeed.”
After some deliberation, O’Reilly would say that Yankee’s Derek Jeter would be her favorite athlete because she believes him to be a humble as well as a phenomenal athlete.
“He reminds me of the morals in my family, which are faith, courage, and strength. My dad has engraved that into the family - into our daily lives,” said O’Reilly.
Faith, courage, and strength are certainly at the forefront of the O’Reilly family’s minds, and it is evident in the way 17-year-old O’Reilly believes her parents to be the biggest inspiration in sports and in life.
“They’re (her parents) both constantly working and providing for us. They take time out of their day to make sure that we’re okay, to make sure that we’re happy. Even if they’re not happy.”
O’Reilly’s favorite sport is volleyball, and it’s because she enjoys being an independent part of a team, where each player has their part to assist each other in reaching an overall success.
Much like on a sports team, a family operates the same way. O’Reilly notices that balancing school work and sports can be challenging, but with her family's support, she is able to flourish.
“My family supports me a lot so they can tell when I’m feeling down and they’ll say ‘hey, you need a mental day, or you need to not go to practice.”
For O’Reilly, family and fitness are one in the same. She hopes to continue to be a part of teams through college.
Read 386 times

More in this category: « Rockin' Robotics Act With Respect Always: The Annual Visit to Duke »
back to top