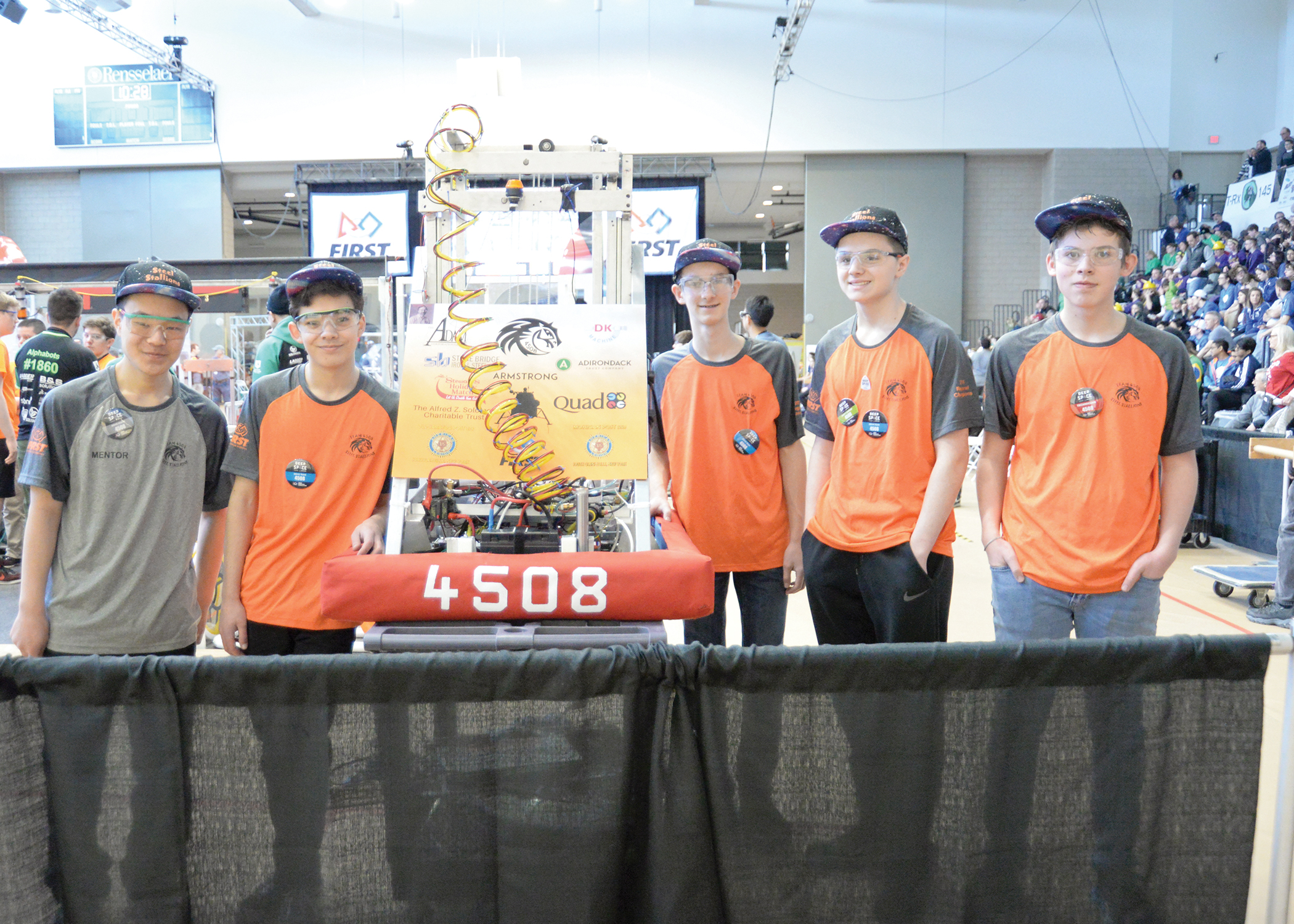 FIRST, which stands for, For Inspiration and Recognition of Science and Technology was founded in 1989 with a mission to encourage students to enter STEM (Science Technology Engineering and Math) related fields. At the beginning of each season, the teams register to join the competitions where they are given a task, which the robot they design will be required to accomplish. The teams spend about six weeks programming, constructing, and marketing their design until their deadline, when they will bag and seal their creations until the day of the competitions.

The Schuylerville robotics team, the Steel Stallions began in 2011 by its founders Kevin and Betty Gifford. Kevin Gifford, the head mentor turned the reigns over to Todd Kehley, who has a nine-year Naval background working with nuclear power and, has a vested interest in the program.

“My son, when he was going to school at Schuylerville, decided that he wanted to get involved with the team…I decided that it was something I wanted to do with my son."

For students looking for a space where they can be a part of a team, many seek out sports such as football or hockey. But for some that void can be filled by joining another cultivating team activity; the robotics team.
“A lot of the kids that are involved in this program end up being kids that don’t typically end up with an interest in sports or anything like that,” said Kehley. “It does put them in that team situation they wouldn’t normally have that unless they were into sports.”
Each student has a different interest and different strengths regarding building, programming or promotions. The students are primarily driving their seasons and work, while Kehley oversees the processes and any upgrades.
This year, the Steel Stallions placed 32, out of 36 teams including teams from New Jersey, Brazil, and Canada. According to Kehley, their placement does not attest to their capabilities or how well they did. This year at the competition, some last-minute changes proved to be very costly in regard to their placement.
Unlike many other teams, Schuylerville’s robotics team is not embedded in the school extracurriculars beyond the recruitment of students and home school students in the district. Their practice facility is in the basement of the American Legion in Schuylerville.
“We operate independently of the school. We do have that school connection as far as recruiting…as far as facilities go, or event funding, we don’t really get anything from the school,” said Kehley.
In order to compete in this competition, the Steel Stallions had to raise $5,000. Without school funding, the team and their mentor earn funds to run the program through fundraisers such as their annual Spaghetti Dinner, which will be hosted at Schuylerville Elementary on April 12.
For more information on Schuylerville robotics, or how to get involved, you can visit their Facebook page, FRCTEAM4508.
Read 1307 times