Doesn’t it feel like in any given year the banner ad for the Kentucky Derby is “one of the most competitive fields in history?”

By its very nature, the Kentucky Derby is an intensely competitive race for a bouquet of reasons: the random nature of the post draw, the field size, the horses’ questionable stamina, the weather, and the fact that about half the horses in any given year can win the race.

Even in 2015, the year American Pharoah—a.k.a. No. 12—won the Derby and subsequently the Triple Crown, that Derby was a firefight down the lane with Pharoah simply out-talenting and out-grinding Firing Squad and stablemate Dortmund. The rest of the Triple Crown was a bit of a cakewalk for AP12.

Point being no matter how you dissect the race, whether you use Racing Forms, Thorographs, or YouTube (the primary handicapping device of your correspondent), the race is always competitive. And it can often have deleterious effects on the horses. This race is traumatic. These horses, especially the ones that run hard, are, for better or worse, transformed for carrying that burden. Frodo Baggins was never the same after carrying the Ring of Power.

“They’re never the same after they win the Derby or the Belmont,” said Hall of Fame trainer and four-time Derby winner Bob Baffert. “They can never be the same.”

And who will thus be transformed and be the one with a shot at being No. 13? The Washington Post’s Neil Greenberg gave a mike-dropping breakdown of who he thinks will win the race and take the first of horse racing’s Infinity Stones (Spoiler Alert: It’s Bolt d’Oro), but we’ll get to him and others soon enough.

The Derby has essentially the same set of characters every year, which makes it fun and easy to handicap the winner. There’s the Horse or Horses Who Didn’t Race at Two, thus we must hear how nobody has done it since Apollo in 1882.

There’s the requisite Dubai Invader, usually the winner of the UAE Derby.

There’s the poor sucker who draws Post 1, who should, IMO, gallop around the oval and jog straight to Pimlico no worse for wear.

There’s the yearly Todd Squad (say what you will, but Todd Pletcher is a mutant).

The equation is the same, only the names change. History stacks against a select few, but the two who seem the most likely to buck the trends are Justify and Mendelssohn, the unraced-at-two colt and the Dubai colt.

One ran a blisteringly fast race to win the Santa Anita Derby and the other won the UAE Derby and looked like Secretariat doing it. The latter is a globe trotter who seems to have not only the speed but the disposition to handle the rigors of 10 crowded furlongs.

We’d be remiss to skim over Pletcher’s herd, namely Audible.

At this point the number of Pletcher’s Derby Starters to Wins Ratio starters, his “batting average” if you will, is a tired point and should be embalmed and entombed in the storylines of yesteryear. He’s transcended that very point by winning two Derbys with what turned out to be very average three year olds. And plenty of gifted and skilled trainers have gifted and skilled horses and never reach the Derby. Pletcher still pleases his owners every year giving them a shot at the most coveted race on the calendar.

Audible, despite a fairly weak top and bottom immediate family, boasts Harlan’s Holiday as his grandsire, a winner of the Florida Derby and Blue Grass Stakes.

Post 5 for the son of Into Mischief is a nice spot to be in near the fence but not too far.

Bolt d’Oro won a key race at two (the Frontrunner), a race won by future Derby winners in American Pharoah and Nyquist. Being the son of Medaglia d’Oro makes him look even nicer.

Bolt d’Oro also gets the services of Victor Espinoza, a three-time Derby-winning  jock.

With all the speed and tactical speed filling up the past performances, who’s the one to peak and break on through to the other side? Will we see a blanket finish with so many of the horses rationing speed? Or will one horse separate and win by daylight?

What we do know, if nothing else, is the race will be—you guessed it—competitive.

Brendan O’Meara is an independent writer and author of Six Weeks in Saratoga. He also hosts The Creative Nonfiction Podcast. 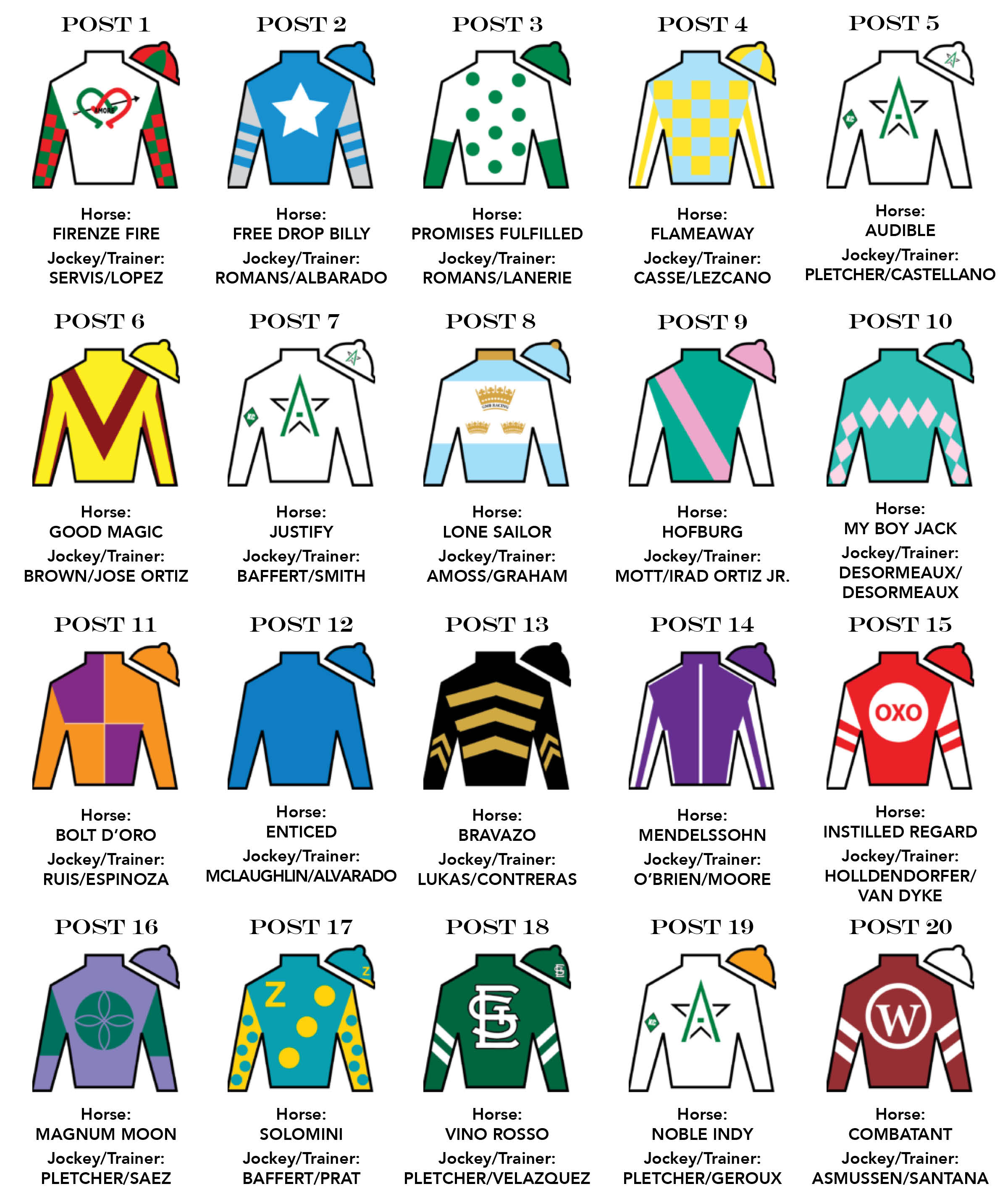 More in this category: « Saratoga Springs Little League Preakness Stakes »
back to top