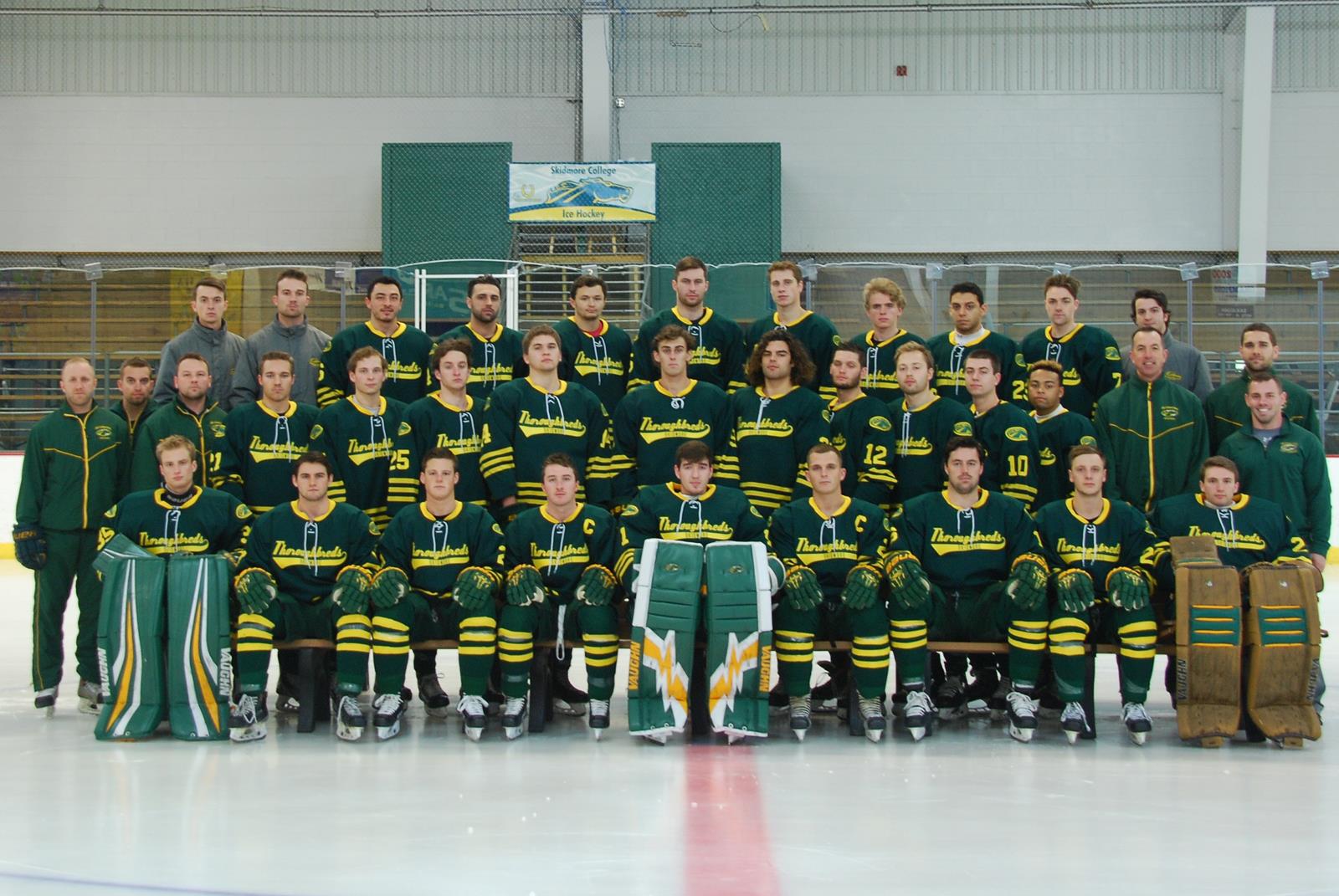 SARATOGA SPRINGS – Ice hockey is known to be a sport where the crowd is just as riled up as the players. Whether it’s their team shooting the puck into the goal or a fight breaking out between the two teams on the ice, hockey is a fun sport to watch. Robert Hutchison, Skidmore College hockey coach, has started his third season with the Skidmore Thoroughbreds.

The Thoroughbreds have had their fair share of injuries this season, but nothing too severe. Pre-season began in September and on-ice training with the coaching staff started in October, per NCAA regulations.

The team is experiencing the typical challenges of a new season, such as team and personnel turnover, they remain focused on the goal at hand: “for us, the focus is consistently on maintaining a high compete level, being a great communicator, and being a great teammate regardless of role within the team on any given day,” Hutchison explained.

“Both [captains] bring different strengths to the table but are very well suited to lead this group. With such an inexperienced group, it will take some time for our key players to emerge, but Moodie is coming off a solid sophomore campaign as is fellow junior defenseman Corey Morgan and goaltender Brandon Kasel,” Hutchison said.

Hutchison describes the team as “young, but very talented,” he has the group working consistently to improv on a weekly basis.

“We’ve had our very good days and some moments of adversity in the first five weeks of the season. The New England Hockey Conference is an uber-competitive league with at least three to five of our eight teams consistently in the top 15 of the National Rankings. Consequently, every game is a highly anticipated contest and we’re always working to focus on the next opponent and not look beyond each individual matchup,” he explained.

While the team is matching up well against the top 15 opponents, the inexperience late in games “has been evident. This group has responded well to learning on the fly in the early going, but will only continue to improve with increased games under their belts,” Hutchison said.

“We’re fortunate to have a great group of young men who work hard, share a common goal, and genuinely care about being high quality student-athletes,” Hutchison said proudly.

The Skidmore Thoroughbreds will be playing Fredonia at 2 p.m. and at 5 p.m. against Hamilton vs. Canton on Nov. 25 in Saratoga Springs. All game information can be found at www.skidmoreathletics.com.