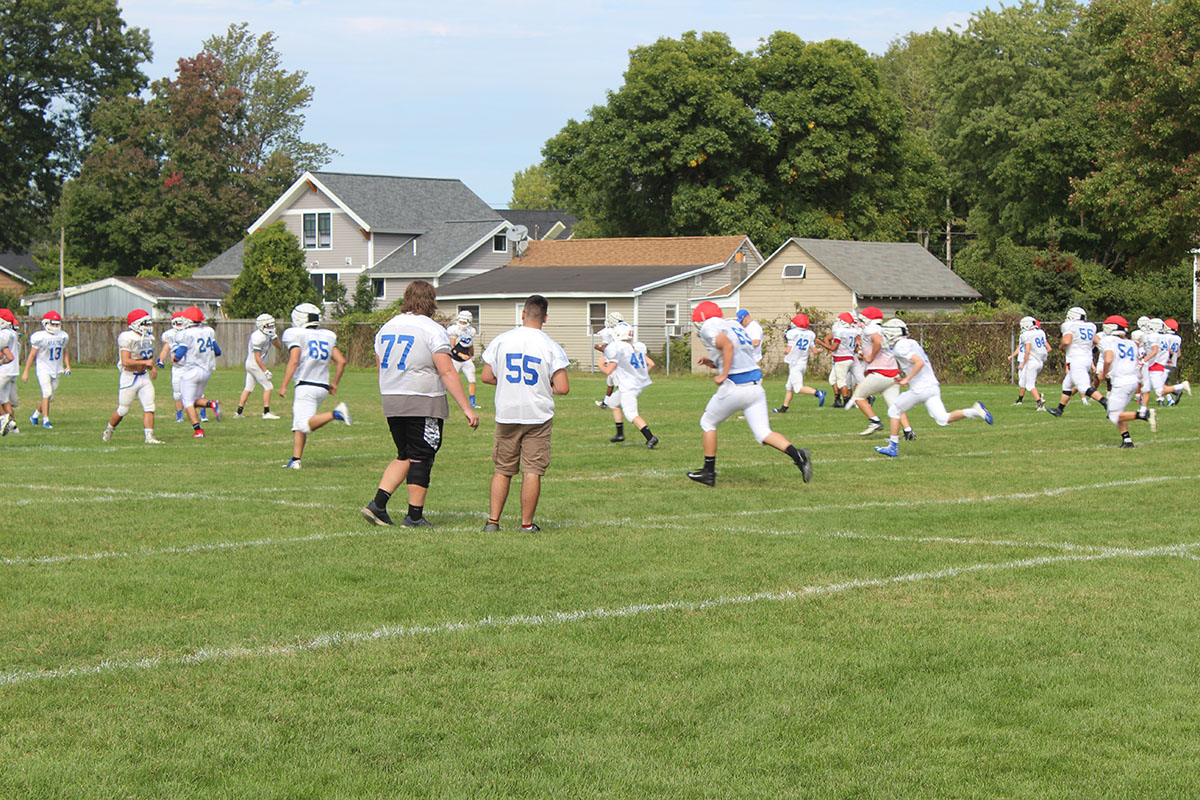 [All photos by Lori Mahan]

SARATOGA SPRINGS – The Saratoga Blue Streaks, coached by Terry Jones, are 4-0 so far this season. The team is led by quarterback Wes Eglintine, two-way starter Kevin Toote, tight-end and defensive-end Mike Eglintine, and running-back Cam Adams, who have all played on varsity since their sophomore year. Wes Eglintine made his stellar return this season after suffering a season-ending knee injury last year. With 46 players on the team this year, including kicker Sequoia Cumming, they seem to be holding true to their record of seasons past. Their rivalry game was this past Thursday, Sept. 28 against Ballston Spa. Next up, they have a game against Albany on Friday, Oct. 6 and a game on Friday, Oct. 13 versus LaSalle Institute.

Jones and his team tend to focus on the next game ahead of them and that game only.