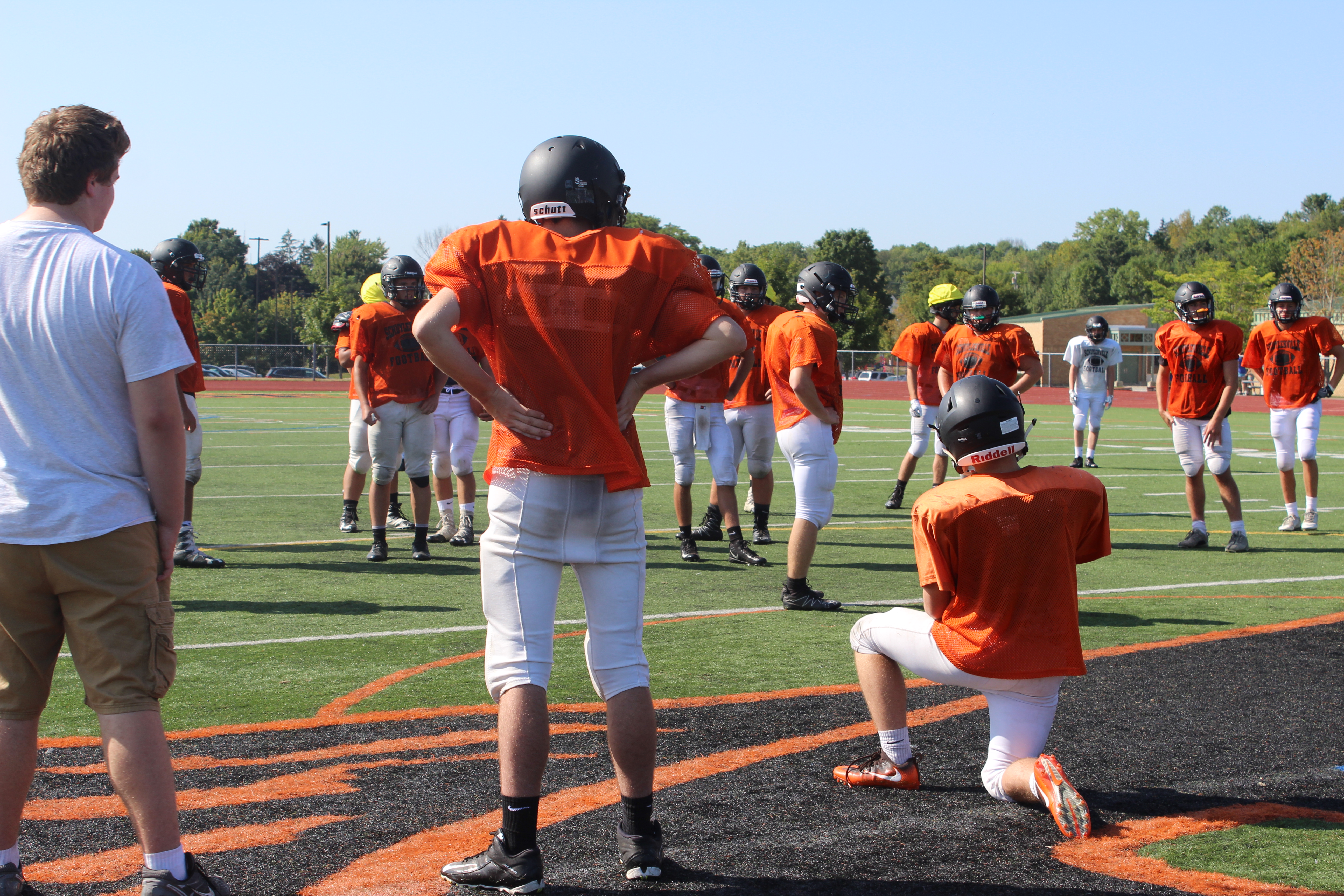 SCHUYLERVILLE – Coach John Bowen takes the field at morning practice, very active in his instructions for the team. You can sense the excitement.

“Practice up to this point is going very well. We’ve stayed what we consider to be very healthy, all things considered. Which is always your number one concern going through those first two and a half weeks leading up to your first game,” Coach Bowen explained.

“We’ve got a solid veteran group coming back that I think are going to do a nice job. Processing a lot of this stuff is very familiar to them so we’re kind of re-teaching a lot to the guys not having to introduce much new stuff at this stage. So that’s always a positive when you’re able to have that veteran presence in your ability to move at a quicker pace during the pre-season because that knowledge and that mental end of things are already in place,” Bowen said.

The Schuylerville Horses plays their first game on Friday, September 1 against the Schalmont Sabres.

As far as goals go, Coach said, “I know it’s cliché, but we always try to stress not looking ahead but taking every game one week at a time. We’re not getting out in front of ourselves with regards to looking at the bigger games down the line. I love the fact that these first two games are against the two best teams from the previous year. I really feel that it kind of sets the tone for our season and it helps the pre-season. Keeping all those things in perspective, we’re hoping that the boys continue to keep that singular focus of the next opponent. I think if they’re able to do that and we’re able to really stay single minded from that standpoint, I think the rest of it, as long as we’re working and staying focused, guys aren’t getting too self-absorbed, I think we’ll be fine.”

There are 38 players on the Varsity team this year.

“We’re certainly looking forward to the season but we know that we’ve got huge mountains to climb. We share a division with last years state champions so we’ve got some major hurdles,” Bowen said.

The Schuylerville Horses plays their first game on Friday, September 1 against the Schalmont Sabres at Schalmont High School.