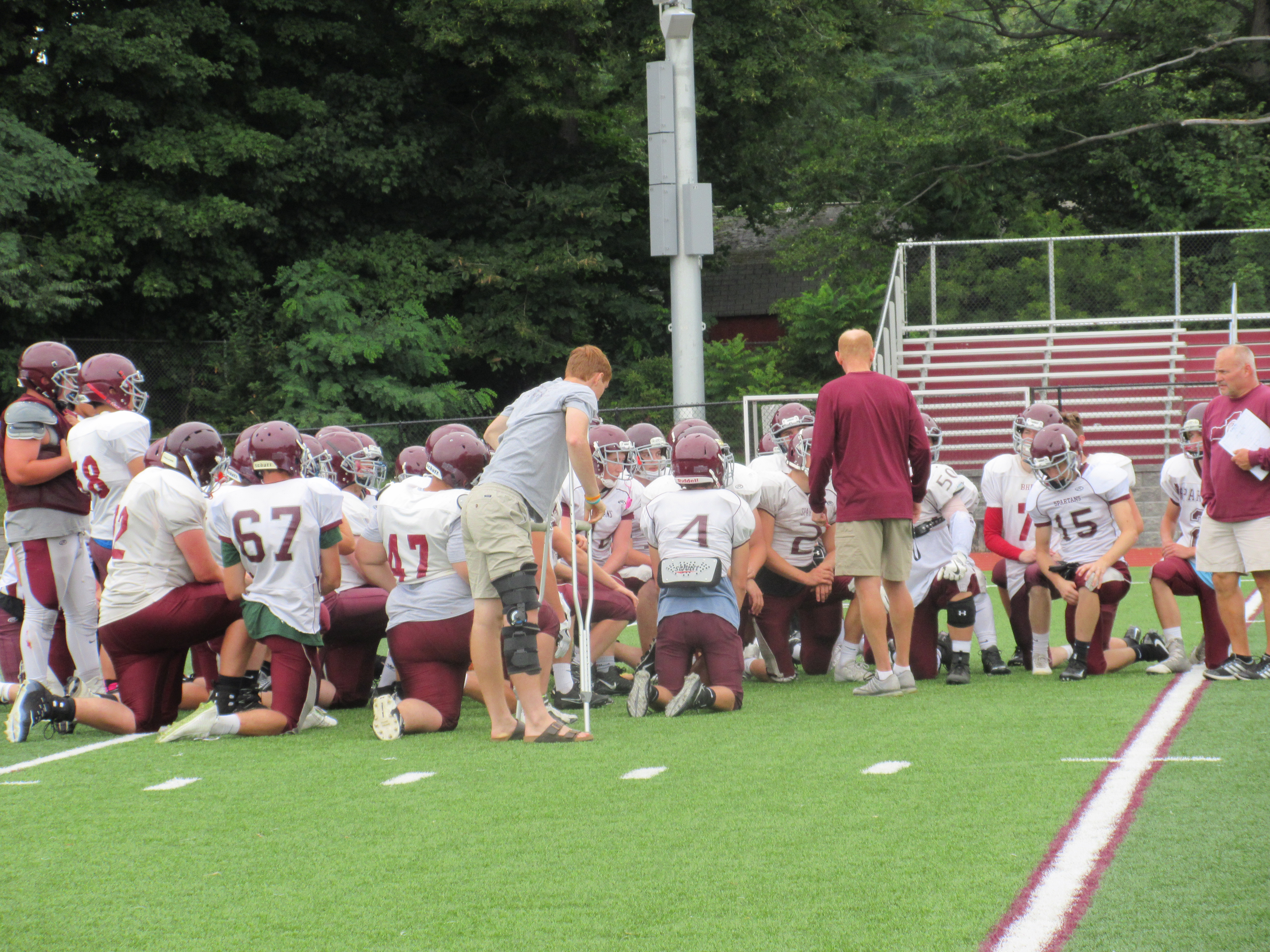 BURNT HILLS – Coach Matt Shelly has 38 players on his roster this year. Their first game will be against the Queensbury Spartans on Saturday, September 2 at 1:30 p.m.

“That’s always a really tough test, especially week one. They’re one of the better teams every year in our division so it’s coming out of the gate going up against a really great team. So it’ll be a really great challenge,” Coach Shelly said.

There are no sophomores on the team, only juniors and seniors.

When asked how practice had been going, Coach Shelly said, “so far so good. We’re pretty healthy right now, couple of injuries but nothing too bad, just minor things. They’ve been focused and working hard so they’re excited to get the season going.”

The Burnt Hills Spartans are a Class A team with a state rank of 58.

More in this category: « Saratoga Blue Streaks Schuylerville Horses »
back to top