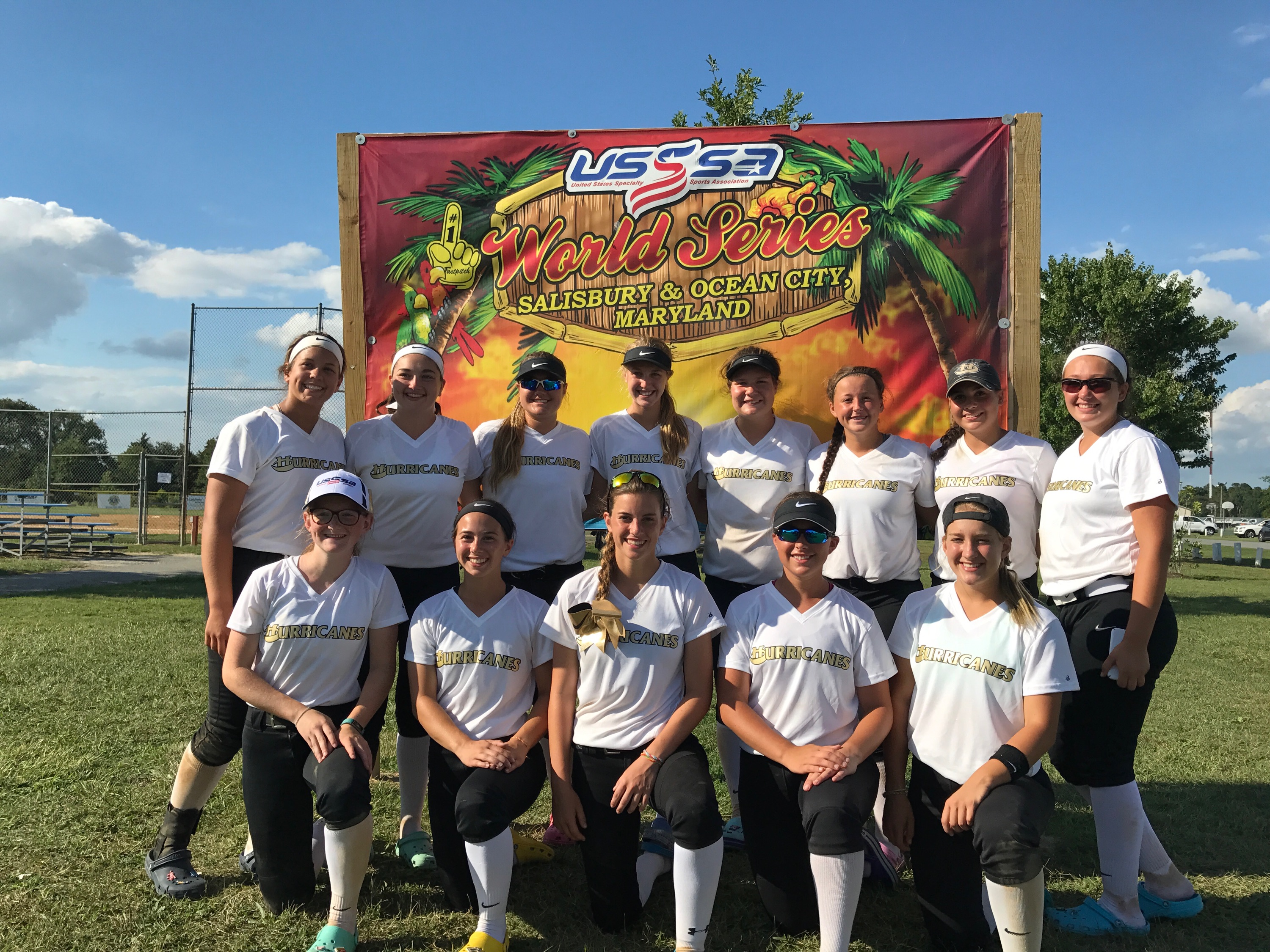 [Photo Courtesy of the Saratoga Hurricanes]

SARATOGA SPRINGS – The Saratoga Hurricanes, a 16u travel softball team with 13 players from Ballston Spa, Shenendehowa, Schuylerville and Saratoga County. The team traveled to Ocean City, Maryland to play in the USSSA World Series which had 76 teams, in which the Hurricanes finished second, come from as far as Colorado to compete.

“I think one of the things that is important to know about the team, is that six girls on the team are actually 14 and under eligible. So they were actually playing up a level of competition,” Coach Dave Garrison remarked.

In the start of the competition, each team plays three games in a pool in order to get their seed number. The Saratoga Hurricanes were number one in their pool. They also won seven additional games in bracket play. The Hurricanes then went on to win three more games to enter the finals. They beat a team from Michigan, Ulster County, and Canada. In the finals, The Diamond Girls of Buffalo, New York beat the Hurricanes 6 to 2.

Coach Dave Garrison has been coaching softball for 16 years and has been head coach for the Saratoga Hurricanes for the last two.

When asked how the girls felt about coming in second in the finals after losing to the Diamond Girls, Garrison said, “the girls were really excited about it. It was honestly a player one through thirteen team effort. The girls all really played their roles well and it was honestly why we were able to go as far as we did.”

“What is really good about travel softball for girls, is what they’ll remember about this tournament that wasn’t just about softball. On Friday the semi-finals were rained out. You sit around and you wait. Well, the Hurricanes and the Diamond Girls and the team from Michigan, all met out in the parking lot and started turning up the music. They had a big dance off and all the girls were dancing in different groups and really having a fun time. And it was really cool to see teams that were competing on the field be able to take a break away from it and understand that ‘hey you know what, when it’s all said and done, we’re all friends.’ And that’s something that is really cool to see,” Garrison reminisced.

The Saratoga Hurricanes are already holding try-outs for their upcoming season that starts up again after Labor Day Weekend.

More in this category: « Authors Michael and Greg Veitch Saratoga Ninja Garage: Camp »
back to top