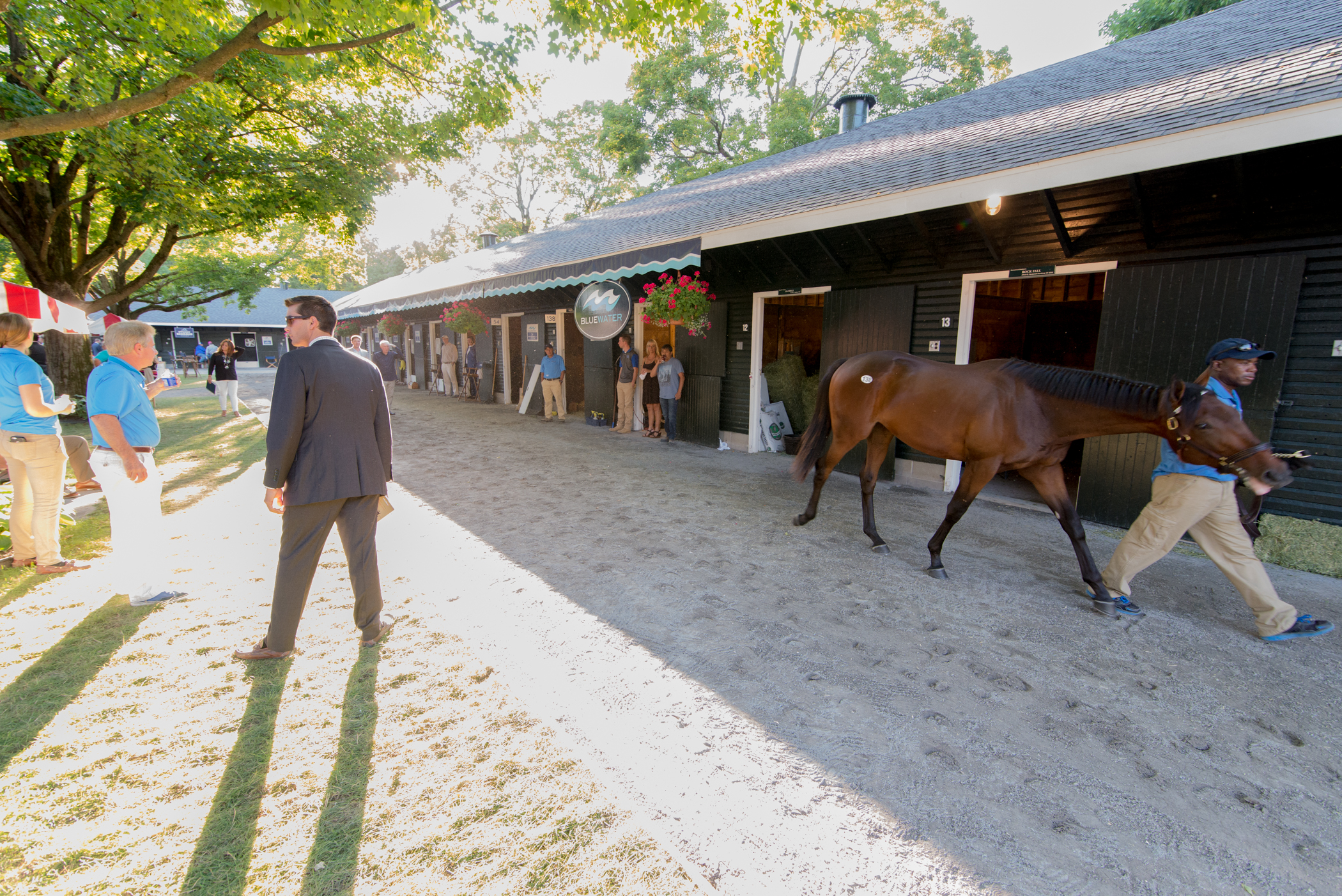 SARATOGA SPRINGS - Monday night was the kick off of the annual Fasig-Tipton Auction, taking place at the Finney Pavilion in Saratoga Springs, New York. Many key players stepped out on the first night, Monday August 8, to scope out the yearlings. Drinks were flowing and excitement was in the air as people walked around in their Sunday best to network and find their next winning racehorse. Lots of Saratoga Police Department officers canvassed the area to make sure the event went off without a hitch.

On Monday night, 75 horses sold at an average of $325,667 per horse. Monday night’s total was $24.43 million, with Eric Fein in conjunction with Stonestreet Farm being the top buyer at $1 million for a Denali Stud colt born to Curlin and River’s Prayer. Coming in second was Mike Repole, co-founder of vitaminwater and BodyArmor, partnered with Eclipse Thoroughbred Partners, claiming a colt bred from Medaglia D’Oro and Rigoletta from Gainesway for $900,000. Repole purchased another yearling, this one sired by Curlin and Quippery,  also from Gainesway, for $400,000. In total, Repole spent $1.3 million.

Of 112 horses up for sale, 17 were not sold, 16 were “out,” which is to say the consignor removed the horse from the sale, and 75 were sold. The lowest sale of the night went to Kings Equine for a colt produced by Shanghai Bobby and True Kiss for $50,000, this colt was consigned by Taylor Made Farm.

On Tuesday night the excitement was still overflowing at Finney Pavilion. Buyers had not lost their steam as the night rounded to $28.57 million total with 81 horses selling at an average of $352,716 per horse. 21 horses were not sold and 13 horses were out. Kerri Radcliffe, the racing manager for Phoenix Thoroughbreds, was the top buyer Tuesday night. Radcliffe purchased a filly sired by Orb and Flashy American for $1 million. The lowest sale of the night went to Kings Equine again and was $75,000 for a colt produced by Exchange Rate and Diamondesque, this colt was consigned by Taylor Made Farm.

Overall, the auction sales were up by 11% in average sales on Monday and Tuesday’s auction saw an average increase of 20% from last year. In total for both nights, $52,995,000 changed hands.

The auction is open to the public for free with many spectators coming just to people and horse watch. The auditorium is set up for the horses’ benefit, green carpeting to match a pasture and fence like ropes to simulate an arena. Televisions are also set up outside of the auction hall so people can watch the auction while remaining outside by the stables, a live stream also takes place on the Fasig-Tipton website. A huge photo of Secretariat is hung in the high rollers balcony, looming over the bidders to remind them that it takes money to make money.

More in this category: « Camp Abilities Kentucky Derby Winners Fail to Shine Bright »
back to top