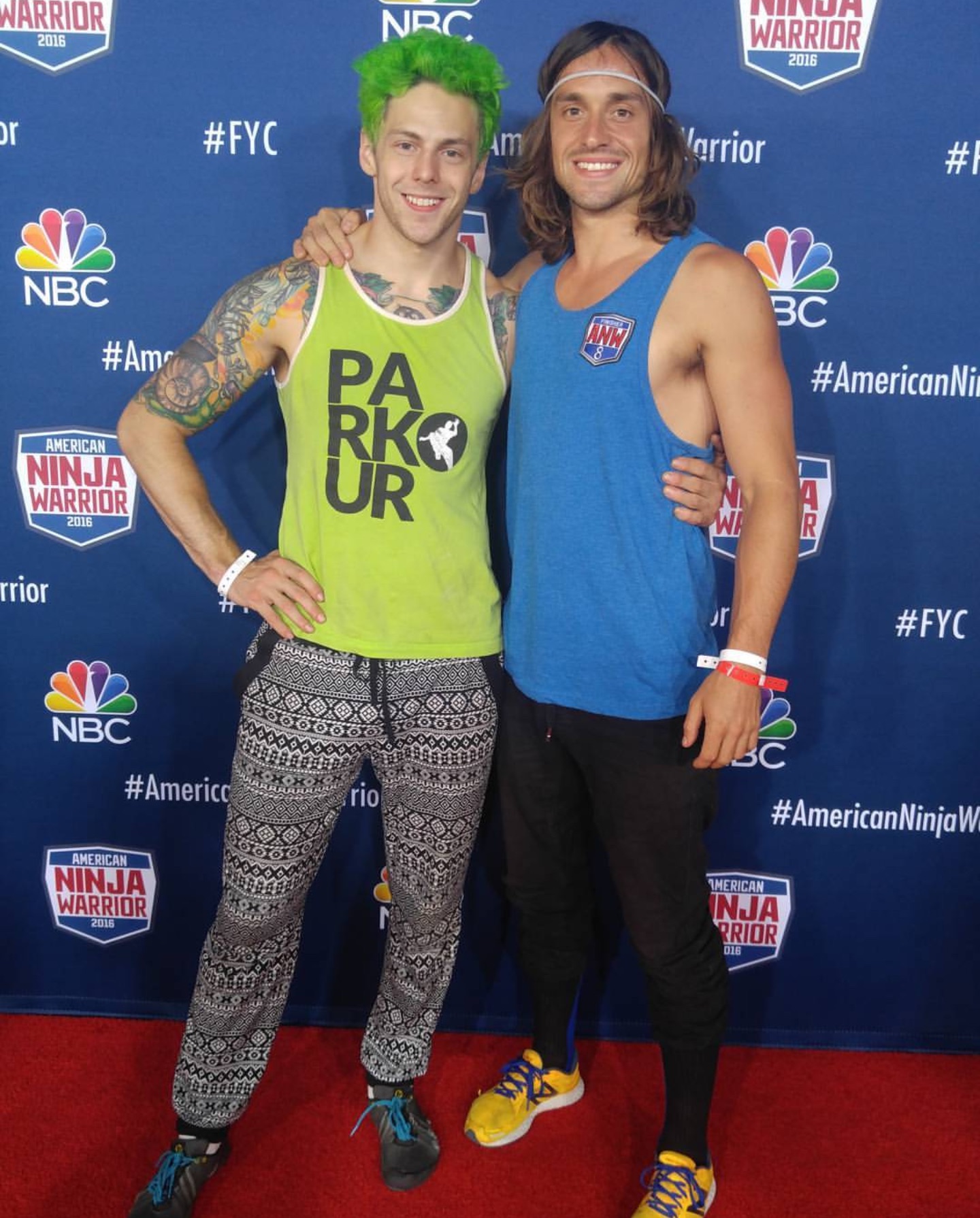 SARATOGA SPRINGS –  American Ninja Warrior is a very popular show entering its’ sixth season on NBC about a group of talented athletic competitors who tackle a series of obstacle courses and other insane physical challenges. The show goes from region to region showcasing different athletes in their fight to the finish. Regional winners then move on to the finals in Las Vegas. That winner will take home one million dollars.

Local Saratoga resident Eric Huss has decided to take his prohibition era garage and turn it into a ninja gym. Saratoga Ninja Garage (SNG) is a free open gym for kids to come and do similar physical obstacle courses reminiscent of the show. Huss created all obstacles himself with materials found on Craigslist and other similar sites, with help from his father. He created a Facebook page and did a soft opening with his friends to test the waters and gauge the level of interest. He wanted kids to have a place to hang out and have open gyms for anyone to enjoy. At the soft opening alone, 35 kids showed up from as far as Albany. Over the last six months, he has held open gyms on Mondays that proved to be very popular.

“I was out in Colorado a couple weeks ago and my kids and I got together with Jake Murray from the show and I asked him if he would be interested in coming out and doing some clinics.”

Huss does not profit from these events and paid out of the camp registration fee fund to fly the athletes in to do the programs at the gym. Registration is $50 per kid which includes a two hour clinic. Only 12 to 14 kids participate per two hours, providing them a lot of quality time with the athletes. Parents will be signing an insurance waiver at the start of the clinic. Saratoga Ninja Warrior Kids Camp will be taking place on August 21 through August 25 with three camps per day, rotating every two hours. Each participant walks away with a custom SNG item and will have the option to purchase gear from each Celebrity Ninja. Groups will be split up by age and ability. Kids do have the option to participate in several camps, but are required to pay the registration fee each time. Parents are invited to watch, though viewing space is very limited.

Jake Murray and Jaime Rahn signed on immediately. After creating the event page on his gyms’ Facebook, Huss was overwhelmed with the response. The event was made public last Thursday at midnight and by Friday morning all clinics were filled with an additional wait list of 30 kids. With the wait list and interest growing, Huss reached out to the guys and asked them if they would mind adding more classes.

“I had people begging me to add more spots, telling me this was their kids dream! I had to do more.”

He decided to add two more classes per day and another full day. By the time he expanded, the wait list was up to 145 more people. These extra clinics were filled within the hour. Now, 315 kids are registered. Huss asked Jake Murray to reach out to other American Ninja Warrior competitors to see if they may want to participate. Brian Arnold agreed to join the team, he will be doing two days of camp with Murray.

People are driving from as far as New York City and Boston, Massachusetts so that their children can enjoy something that many have said “is their dream.”

Unfortunately, all spots have been filled. Open gyms do take place every Monday from 4:00 p.m. to 6:00 p.m. For more information and to stay informed, please visit www.facebook.com/SaratogaNinjaGarage.

More in this category: « Third-generation Trainer Hoping for Another Successful Saratoga Season NEW West Mountain Biking Trails »
back to top