Krista Voda has a thing for left turns and velocity.

Voda, a sports broadcaster for NBC, navigates the on-air coverage for NASCAR and now horse racing.

According to NBC Universal’s publicist Stephanie Herring, Voda became the first woman to host both NASCAR and horse racing when she captained the coverage of the Santa Anita Derby back in April. She carried that presence over to the first Saturday in May, a day that saw Always Dreaming don roses and Classic Empire suffer Odyssian trials.

For Voda, an Iowa native and graduate of the University of Northern Iowa, broadcasting found her. She was what you may call a competent athlete, one somewhere between elite and the bench, between headlines and holding the clipboard. She announced the accomplishments of the baseball team over her high school’s PA system. Sport was a language she had greater fluency in, not necessarily reporting on local government, e.g.: zoning ordinances.

“You turn on the television at night, and I naturally would watch a game over a city council meeting,” Voda said. “I thought, ‘Okay, I’m not going to work in news.’ I’m going to work in sports. I was and still am lucky enough to make it a career.”

And she did the work; she did the unglamorous work that so many people dismiss as menial. She sold radio ads to get a better sense of how that medium works, “to do radio better.” She wrote for the campus newspaper. She wrote press releases. Her first market was in Waterloo, Iowa, population c. 65,000 20 years ago.

“Anything that crafted the industry for me,” she said. “The goal was to be able to do a job that I love, which most people aren’t lucky enough to do, which is telling stories. I still get psyched to tell a story and be a part of a story as an observer and feel the emotions of it.”

Hence the beauty of sports like NASCAR and horse racing. Anyone who covers these sports with any degree of regularity loves them for the access you get. Of course that’s because these sports are greatly marginalized.

“They’re so similar in that the people who follow it follow it religiously and know everything about it,” Voda said, “but, if you’re in a room of 100 people, 30 are following it. They know every single thing, but the other 70 might know nothing and dismiss it. I think the key to these sports and the people who run those sports and we in the media is to find the storylines that appeal, whether that’s relating it to other sports, or selling those human interest angles. How do you get those people to tune in to the Preakness which doesn’t have that hype? That’s the challenge.”

The Preakness, by and large, always has the Derby winner, allowing the Preakness to contribute to the greater narrative of the Triple Crown. But there must be something more.

“I think this head-to-head battle that’s shaping up between Always Dreaming and Classic Empire is really juicy,” Voda said. “Classic Empire didn’t get a fair shot, getting smashed around out of the gate and having the trip that he had. I think it’s setting up to be a heavyweight fight between those two horses at Pimlico.”

Voda immersed herself in the reports with four highlighters in hand, deepening the database of information so she can riff off Jerry Bailey, Hall of Fame jockey and two-time Derby-winning pilot, and Randy Moss, the glossy domed wise-guy handicapper whose tip about Sweetnorthernsaint was single-handedly responsible for making the gelding the favorite over Barbaro in the 2006 Derby (#deepcut).

Her job, as she sees it, is to “put those stories in people’s living rooms.”

“With so much hype of the Derby,” she said, “people watch it because they feel like they’re supposed to. I call it appointment television. The Masters. The Daytona 500. The Kentucky Derby. The Preakness doesn’t have that. I think the storyline going in is Always Dreaming vs. Classic Empire. I love how that’s setting up.”

You get the sense that no matter who wins, whether Always Dreaming heads to Belmont Park with the Chance or Classic Empire (or someone else) spoils the bid for TC No. 13, it’ll be one hell of a story.

As far as Voda’s concerned, that’s what it’s about, what it will always be about, hence why her on-air energy and inviting warmth piped to your living room is genuine and, above all, authentic.

Read 2498 times
More in this category: « Student Athletes Give Back: Schuylerville Youth Lacrosse Hosts Benefit Shootout The Second Jewel of the Triple Crown »
back to top 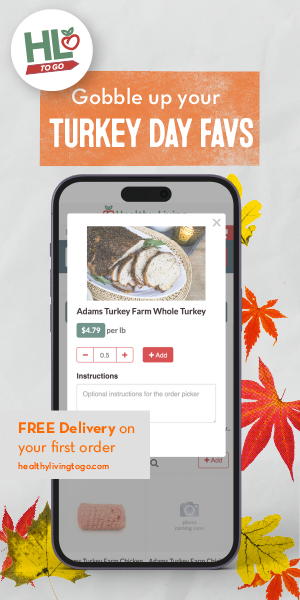