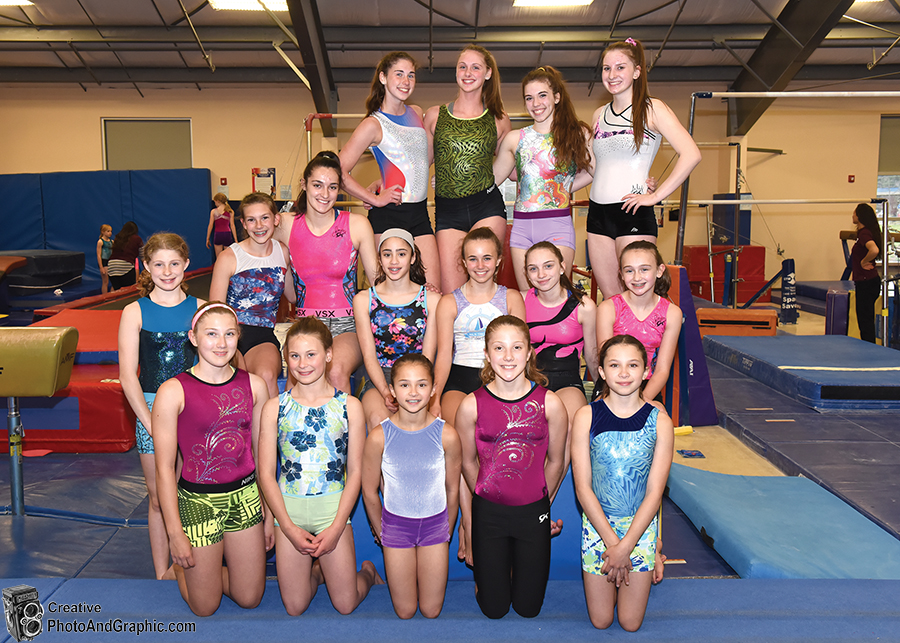 WILTON – The Springettes – one of the Saratoga Springs area’s premier girls gymnastics teams – continued to do their namesake hometown proud with an impressive showing at a recent state competition.

The Saratoga Regional YMCA Gymnastics Team, also known as “The Springettes,” attended the New York State YMCA Gymnastics Championships at SUNY Oneonta from April 22-23. At the meet, there were nine YMCA gymnastics teams from across NY competing, which amounted to just over 200 athletes. In all, 30 gymnasts from Saratoga Springs competed, taking part in the vault, bars, beam, and floor events.

The Springettes left SUNY Oneonta with an impressive eight all-around state champions, including Marissa Verro from Level 9, Abby Moller from Level 8, Jordan Toma and Katy Hawthorne from Level 7, Brynne Wright from Level 6, Rya Torres and Megan Wishart from Level 5, and Marianna Nasta from Level 4. In individual events, the team put up 29 first-place finishes.

“They did really well,” Kim Hewitt, director of gymnastics for the Saratoga Regional YMCA, said. “They held up against some tough competition.

In team competition, the Springettes entered four teams. The Level 7 and Level 5 teams placed first, the Level 4 team placed second, and the Level 3 team placed fourth.
“My Level 7 team has done a really good job this year,” Hewitt said. “They’ve been consistently placing very, very high, and they had a great day.”

The highest all-around score for the whole team was Abby Moller, Level 8, with a combined score of 35.8, followed by Katy Hawthorne, Level 7, with a score of 35.45. Another notable performance at the meet came from Marianna Nasta, Level 4, who claimed first place in all four individual events.

Going into the event, Hewitt had her athletes focused on repetition of their routines, making sure that they would be able to consistently get things right. Moving forward, the team will be competing at the Northeast Regionals from May 13-15. The focus on repetition remains the staple of their practices leading up to it. This year, regionals will take place in Waterville, ME. Around 40 teams from the northeast states will be competing, amounting to around 1,200 gymnasts.

“We’re really excited,” Hewitt said about going to regionals. “Our Level 5 and Level 7 teams are really strong, so we’re hoping to place in the all-around. It’s a little harder with 40 teams, but we’re hoping for those teams to do really well.”