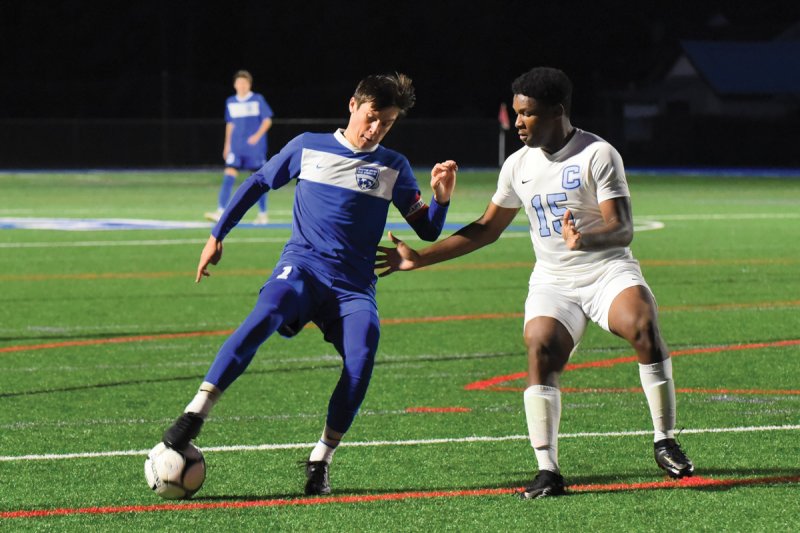 SARATOGA SPRINGS — The Saratoga Blue Streaks continue their hot start to the season after another win against the Columbia Blue Devils.

The match was played under the lights on September 27 at Saratoga High School. Xavier Rusico, Ryan Farr and Lucas Varghese all netted goals for Saratoga. Assists came by way of Vincent DeVito, Riley Fowler and Ryan Farr. The lone goal for Columbia came from Kejhaune Lester. The match finished 3-1 in favor of the home team. The win on Tuesday makes for Saratoga’s sixth win of the season while Columbia falls to 2-2-3 overall. Looking forward, the Blue Streaks will travel to face Christian Brothers Academy (CBA) on Thursday, September 29 and then have a week off before they face Shaker High School on October 6, who handed the Blue Streaks their only loss of the season in a tight 1-0 contest.