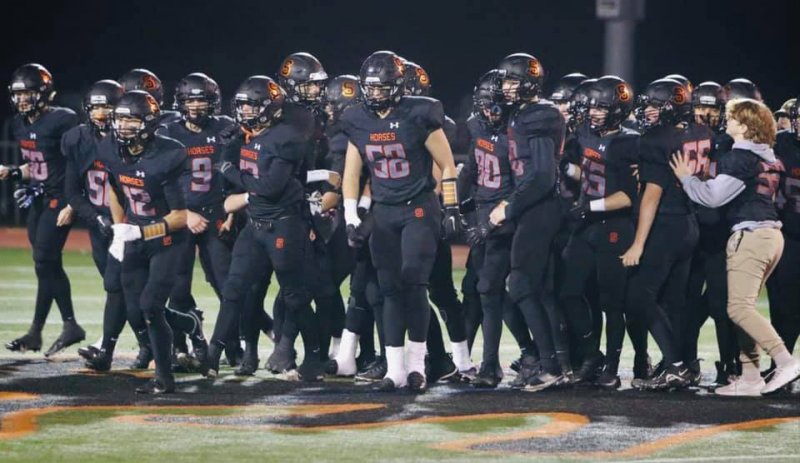 SCHUYLERVILLE — Schuylerville football improved to 3-0 overall (2-0 in league contests) after their commanding win on Friday, September 16, against Granville/Whitehall. Martin Flanders Jr. opened the scoring for the Black Horses with a 5-yard touchdown on the ground, and Schuylerville didn’t look back. Flanders would go on to score three touchdowns in the contest with rushes of 5, 10 and 13 yards. Quarterback Luke Sherman connected on 8 of his 9 passes, throwing for two touchdowns and rushing for one of his own. Schuylerville’s offense totaled an impressive 369 yards, while their defense held Granville-Whitehall to just 55 total yards. This contest marks the second consecutive game Schuylerville’s defense has pitched a shutout.

Looking forward, Schuylerville travels to Watervliet for a Friday night contest under the lights against the Cannoneers on September 23 at 7pm. The Black Horses have a chance to improve to 4-0 while the Cannoneers are looking for their first win of the 2022 campaign.

More in this category: « Blue Streaks Varsity Soccer Improves to 5-0-1
back to top